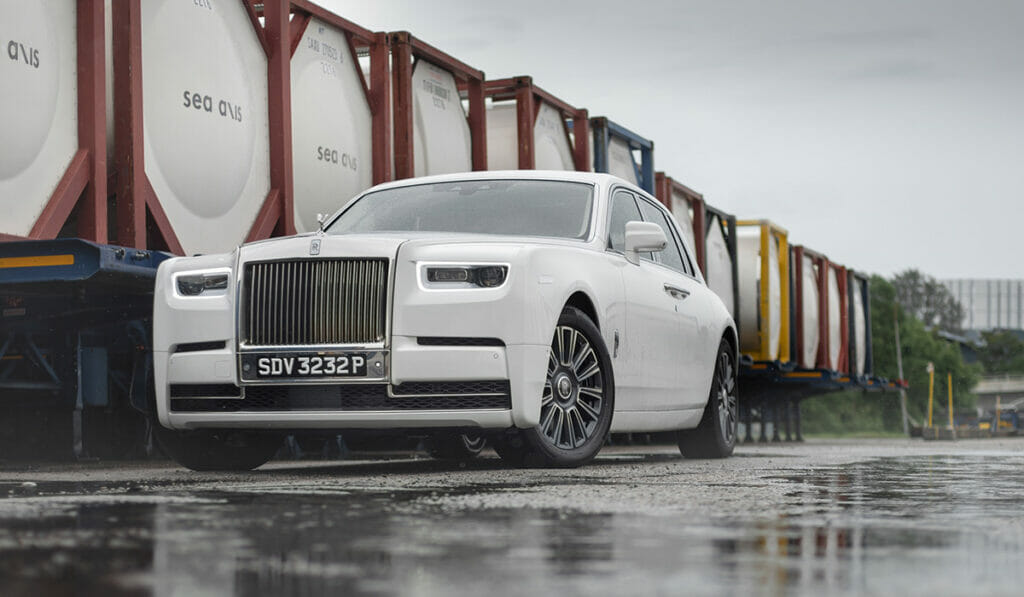 The eighth iteration of the Rolls-Royce Phantom is precisely the kind of limousine to arrive in, and instantly get noticed!
Tuesday, December 3, 2019 By Ellfian Rahim

Perhaps to the untrained eye, the latest Rolls-Royce Phantom VIII looks very much like the old VII. After all, outside of a glance of one on TV bringing VIP guests to a red carpet event, there are really not that many around for one to inspect closely, are there?

Truth be told, thereâ€™s only one other example of the current generation Phantom VIII right now in Malaysia, apart from the Singapore-registered review model that we had the privilege of riding in, and that Malaysian example belongs to the royal household of our own Yang Di-Pertuan Agong!

Yet, despite the 2,560kg limousine looking as bulky as it does, itâ€™s also sleeker than before, and all the mechanicals are new, too. That makes it an interesting alternative to the Bentley Mulsanne Speed or the top-end Mercedes Mayback S-Class if limousines are the kind of wheels that strike your fancy.

From its â€˜Architecture of Luxuryâ€™ aluminium platform that will underpin all upcoming Rolls-Royces, to a state-of-the-art twin-turbo V12, this is an all-new car compared to the previous model. Yes, the new, twin-turbo 6.75-litre V12 engine has been specially engineered for this new Phantom so no parts are carried over from the previous, naturally aspirated engine.

The twin turbochargers in the new car contribute to a low-end torque output of 900Nm at an incredibly low 1,700rpm whilst also delivering 563bhp or 420kW of power, resulting in a calm, low-speed progress associated with state occasions and an un-fussed surge of power when one needs to press on. Talk about being civilised, yes?

Then, thereâ€™s also the Satellite Aided Transmission (SAT) married to the car’s ZF 8-Speed gearbox. This uses global positioning satellite data to determine the road conditions in real-time and this information is used to anticipate how and when to shift gears for the smoothest forward progress. But of course, this needs an open highway to be truly enjoyed!

With its latest Phantom, Rolls-Royce has set out to create the worldâ€™s pre-eminent luxury car â€“ the most cosseting, most comfortable, most stately, most individualistic, most beautifully appointed, most extravagant and yesâ€¦ most expensive. But perhaps it is in the nature of any car reviewer to try and spot shortcomings, as well as the outstanding? In truth, only one was clearly evident when tooling in the luxurious individual rear seat (so yes, thereâ€™s only room for 2 in the back, not 3!) â€“ One could not find a place to slot in oneâ€™s smartphone within easy reach to answer it quickly!

Apart from this, suppose everything else was beyond reproach. It is just amazing how this car rides over our Petaling Jaya roads. Its power delivery is almost instant and there is no rumble or impression of speed unless, of course, you asked the driver. Meanwhile, on the tight narrow roads around the older parts of Brickfields in Kuala Lumpur, we had no issue squeezing past traffic and parked cars as there were sensors all around to ensure the superb cream paint finish remained 100% perfect.

Stopping as we did at the side of the road on the main Brickfields thoroughfare, a passerby stopped to snap pictures for Instagram posts, a Dewan Bandaraya traffic warden took it upon herself to direct traffic safely away from the car, while drivers in other cars smiled at us in the back seat as they slowly passedâ€¦ probably thinking that we were perhaps some young, fintech billionaires.

Yes, being inside a Phantom is a wonderful experience indeed. And rounding the experience off quite nicely is the feel of the finest leathers, lovely wood veneers, and made-in-England lambâ€™s wool carpets â€“ stuff that makes every journey an event. Rear wood picnic tables pop down, just as high-res screens pop up, a nice juxtaposition of classic and modern. Thereâ€™s also a drinks cabinet that is neatly packaged in the leather and wood-lined central armrest, with coolbox and twin champagne flutes to boot!

Incalculable effort was expended to create â€˜the most silent motor car in the worldâ€™ (claims the British motoring press, and why shouldnâ€™t they?) including 6mm two-layer glazing all around the car, more than 130kg of sound insulation, the largest ever cast aluminium joints in a body-in-white for better sound insulation, and use of high absorption materials.

The headrests are pillow-soft, the rear seats â€“ which can be set for individual or lounge chair, you choose â€“ are expansive and cossetting. Entry and exit are by vast rear-hinged doors, all the better for the rear-seat passenger to make an impact on arrival. Naturally, the big rear pillar neatly hides oneâ€™s face, until he or she leans forward to reveal his or her visage to the curious world.

And yes, every supremely equipped Phantom can still be customised to some extent â€“ there is really no such thing as a standard version. The extreme case would be stretching the car, like the one used by the Yang Di-Pertuan Agong. The rest of us can settle for other splendid details such as the starlight headliner, where its LEDs can twinkle, or concentrate light for map reading.

But perhaps the most novel new sign of bespoke is the â€˜galleryâ€™ upfront and centre. This replaces much of the dashboard with a glass-covered display area, behind which the customer can commission his or her own artwork. It could be made from silk, metalwork, porcelain or even be an oil painting.

It’s all up to you really because if youâ€™re tooling around in the back of one of these, then you’re definitely the boss!