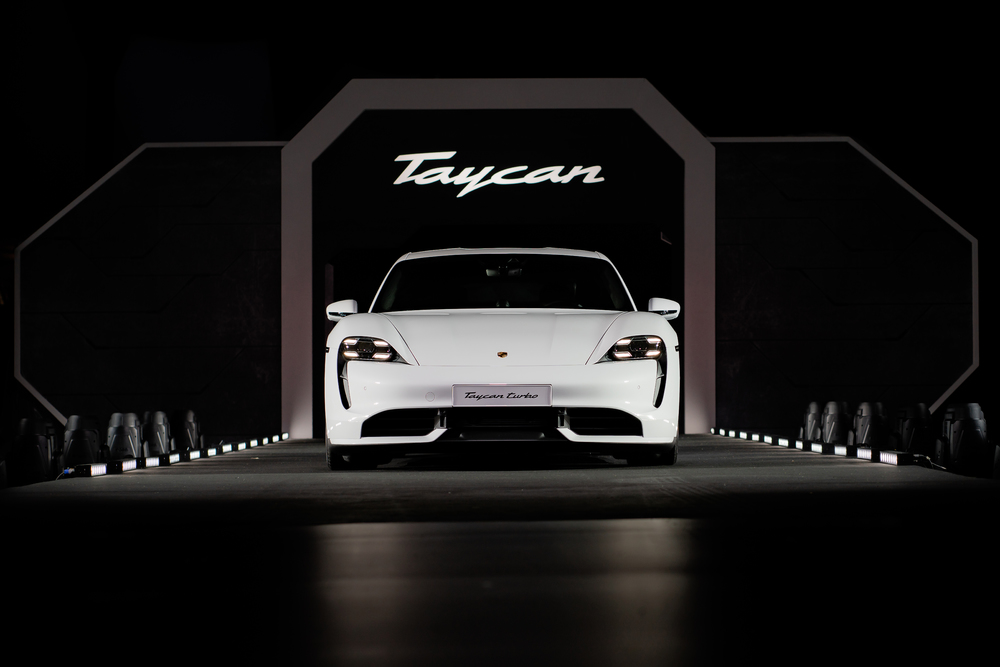 Porsche’s first all-electric sports car the Taycan is all charged up and ready to go next year.
Monday, December 9, 2019 By Jx Chong

Porsche has debuted its first all-electric sports car the Taycan in Singapore recently ahead of its regional market launch in 2020.

In every way, the Taycan represents Porsche’s future as it marks a new chapter for the German automaker as it looks to compete with the likes of Tesla in winning the hearts of sports car enthusiasts who are looking to make the jump into the field of electromobility.

The Taycan represents a link between Porscheâ€™s heritage and its future, the Taycan is a sports car that marries exciting driving dynamics, performance and technology.

Speaking on the design philosophy behind Porscheâ€™s next-generation electric vehicle, Porsche AG, Vice President Style, Michael Mauer said the Taycan was made with the objective to make it the sportiest in its segment.

The idea was to make it instantly recognisable just as the iconic 911 has achieved and it is his vision that the Taycan will become an icon of this new era, symbolising a pure electric sports car.

Porsche is betting that its flagship Turbo S version of the Taycan will be turning heads not just because of its new eye-catching design but also because of its high performance.

The Taycan has a pretty respectable range to as it the Taycan Turbo S has a range of up to 412km while the Turbo has an even longer range of 450km (according to Worldwide Harmonised Light Vehicles Test Procedure (WLTP)).

Much of this enhanced performance is attributed to the fact that it is based on 800-volt technology instead of the usual 400 volts. The result is improved charging and driving performance.

That is not to mention that the Taycan comes with enhanced safety features including Porsche Inno Drive that features adaptive cruise control, Lane Changing Assist & Night Vision Assist to make your drive much safer.

The Force Is Strong With This One

Marking this new era for Porsche, the automakerâ€™s design team has also collaborated with the masters of the Star Wars universe at Lucasfilm to design a fantasy starship that will feature in the upcoming Star Wars: The Rise of Skywalker.

Chiang said, â€œAlthough one brand is placed in a fantasy universe and one in the real world, itâ€™s interesting that both are defined very much by their iconic design principle. The basic challenge of the design brief was to design a starship that would both be true to the Star Wars universe and Porsche design DNA.â€