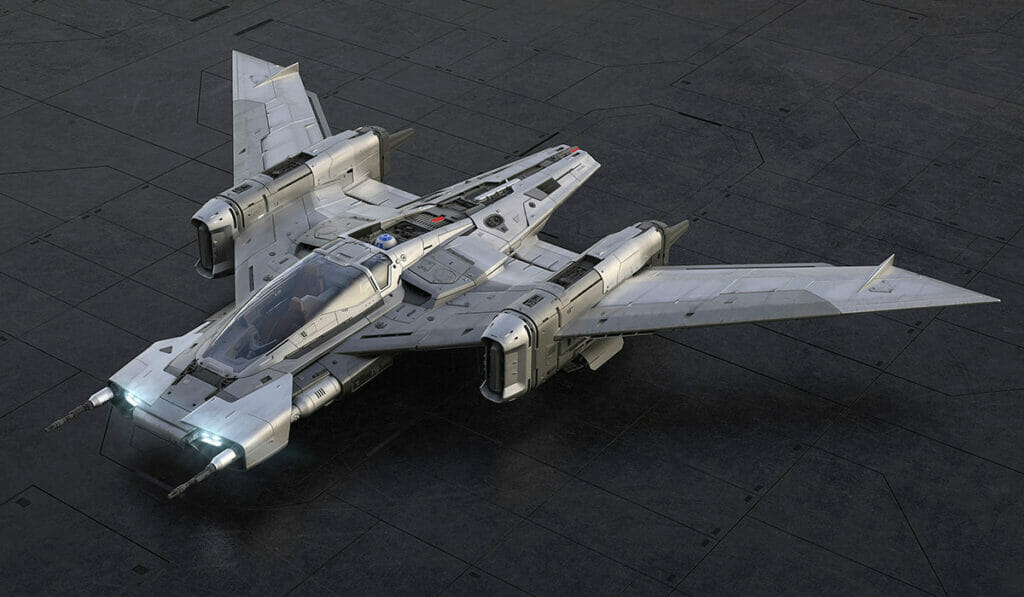 Real-world sports cars get infused into sci-fi spaceships in this one of kind collaboration between Porsche and Lucasfilms.
Tuesday, December 17, 2019 By Jx Chong

What do you get when you put two of the world’s most talented design teams together? Well, you get the Tri-Wing S-91x Pegasus Starfighter, a sleek starship that wouldn’t look out of place in the Star Wars universe.

Created by the two teams from Porsche and Lucasfilm, over a period of two months, they collaborated together to design a spaceship that seamlessly fits into the Star Wars universe while taking elements from Porsche’s styling and proportions and combining them with the iconic ships of Star Wars such as the X-Wing.

Though there were legal requirements to impose certain restrictions on creativity in the classic design process for a series-production vehicle, the project has opened up a new dimension of freedom to the team at Porsche. With this newfound ability to create anything, the team had to work on purely virtual designing a vehicle that does not exist in the real world.

Part of the challenge was to create an impressionable design that would be recognisable in seconds, as starships only appear briefly in each scene within the movie.

This led to the Tri-Wing featuring a three-seat cabin that tapers towards the rear with turbines on both wings. Both these elements invoke features from Porsche’s design style. Most notably, the ship takes elements from the German automaker’s most iconic cars, the 911, 918 Spyder and newly launched 2019 Taycan.

The front features “air curtains” that give the effect of showing headlights similar to the Taycan. Meanwhile, the rear section of the ship slopes and curves much like the current 911 generation of cars. Finally, the low seating position of the pilot in the cockpit takes inspiration from the sporty ergonomics of the Porsche 918 Spyder.

â€œOur collaborative project with Star Wars goes perfectly with the launch of the Taycan. The design teams have brought the differing worlds of Porsche and Star Wars together to make a very special gift for the fans of the two brands,â€ says Kjell Gruner, Head of Marketing at Porsche. Porsche will also be showcasing the all-new Taycan at the premiere event in Los Angeles on 16 December 2019.