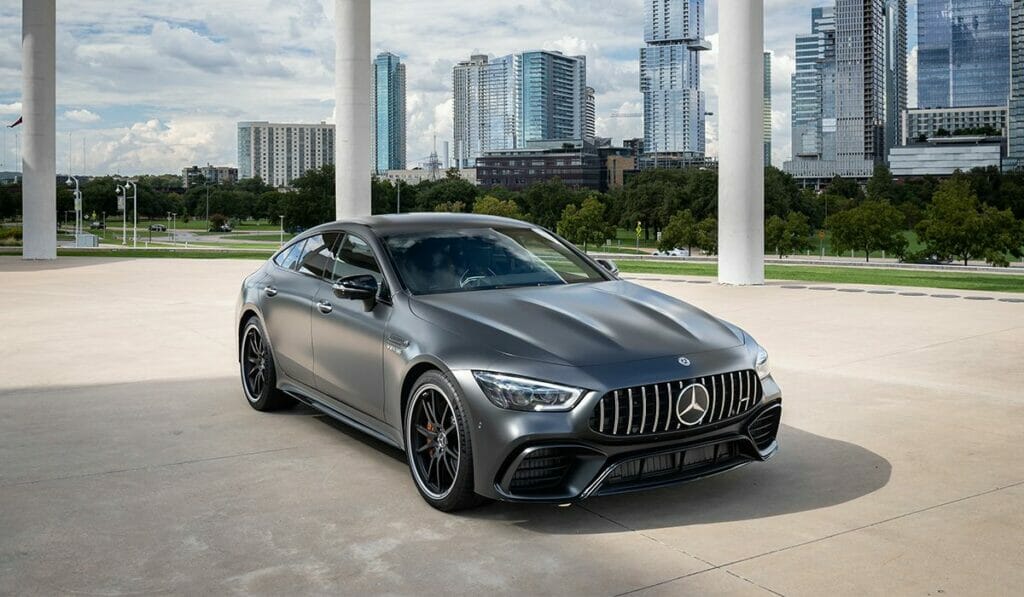 “The new Mercedes-AMG GT four-door coupe is the perfect embodiment of race-bred performance and great practicality, an ultimate track weapon with the versatility of a four-door coupe and a Gran Turismo which spearheads the AMG family,” said Philipp Hagenburger, President and CEO, Mercedes-Benz Singapore.

Boasting a sports car-esque mien and motorsport level engine, coupled with levels of comfort on par with that of the Gran Tourismo, the new four-door coupe has the whole package. Be it day to day commute, or the relaxed weekend jaunt, this GT is built to meet your needs and more — all while looking unbelievably stylish.

Akin to its two-door cousin, the four-door coupe has longitudinal and lateral dynamics, as well as a silhouette resembling a classic sports car. Its muscular body, fastback, low greenhouse and front end are characteristic of such. Yet, there’s more to this automobile than just good looks.

Coming in six and eight-cylinder models, the driving capabilities on the four-door coupe is superb. The eight-cylinder model rocks a 470kW (639 hp) engine that can go from zero to 100 km/h in a mere 3.2 seconds, and also has high aerodynamic performance credited to its active aerodynamics — a similar system adapted from the two-door AMG GT.

Inside the beast, modernity and technology reigns. The car features a fully-digital widescreen cockpit, with a “supersport” display style; the AMG performance steering wheel with revised buttons, as well as the AMG seat; eight high-resolution display buttons at the centre console; 64-colour ambient lighting; and a top-notch Burmester sound system to top it all off. All of these design features resonate with the essence the four-door coupe: bringing premium to the realm of everyday use.