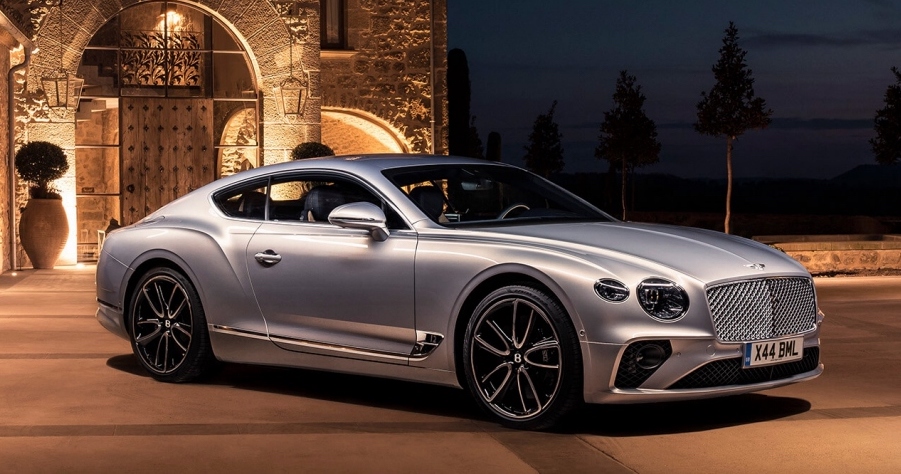 If a car has a smaller capacity engine than its predecessor, but can still do the same job or has even better performance, then we call it ‘downsizing’. And, yes, car manufacturers around the world have been at this for the better part of a decade now, to provide more efficient vehicles that emit fewer emissions, often mandated by legislative standards in markets across the planet.

Thus, technical innovations in design are leading to smaller, more efficient engines with increased overall performance. So, while Bentley’s latest high performance V8 is in complete contrast to, say, Ford’s super-efficient 1.0-litre, three-cylinder engine, both, however, share in the challenge of downsizing.

Sure, there’s no denying that the big grand tourer from the iconic British marque headquartered in Crewe, England, has downsized to V8 power from the 6.0-litre, W12 twin-turbo that powered the original Continental, but there’s certainly nothing modest about the latest Conti GT.

Even when this all-new, third-generation Bentley Continental GT Coupé first broke cover late last year globally, it came with a 6.0-litre W12 at its helm. Now, finally, countries in the Asia-Pacific region take delivery of the 4.0-litre V8-powered version. Sure, it may be two litres and four cylinders short of its W12 sibling, but you’re unlikely to hear anyone complaining. In fact, many are already calling it the driver-focused model Bentley’s most agile coupé!

Porsche and Audi jointly developed its V8 that produces 550PS and 770Nm of torque, and this is paired with an eight-speed automatic transmission and a rear-biased all-wheel drive system. Thus, suitably equipped, the two-ton car is capable of doing the 0-100km/h sprint in just four seconds flat, all the way to a top speed of 318km/h. Incidentally, the earlier Continental GT with 12 cylinders does 0-100km/h in 3.7 seconds, and is capable of a 333km/h top speed.

What’s more, the smaller and lighter engine also means that it’s more agile and responsive to drive, and obviously features improved fuel efficiency. The V8 can deactivate four of its cylinders in suitable conditions within 20 milliseconds and is claimed to be imperceptible. Auto stop-start that operates at ‘near-to-stop’ speeds is also included.

Double wishbone (front) and multi-link (rear) suspension is supported by three-chamber air springs and continuous damping control, while electric-power assisted steering helps you to turn the glamorous 4,850mm-long GT. And if for some reason, one’s not happy with the 20-inch 10-spoke painted alloys, there are actually nine other designs to choose from, with bigger rims of up to 21-inches in diameter also available.

On top of that, seven standard exterior paint choices, LED Matrix headlamps with the cut-crystal effect, plus the optional Blackline spec, where all chrome external detailing – except for the Bentley badges and lettering – is replaced with and eye-catching black trim for added individuality.

And once inside the cabin, there’s also plenty of matching luxury for one to be cocooned in as well. No doubt, Bentley’s very clever Rotating Display will command instant attention the moment you step inside. This features a 12.3-inch touchscreen housed in a three-sided unit and is a cool option that has to be on the list. As the name suggests, it revolves into a clean veneer or three analogue dials at a press of a button. And yes, it also packs a 650W 10-speaker sound system to boot.

Elsewhere, there’s also lots of custom options for the fine leather and veneers in the cabin, which features 20-way adjustable seats and new Crown-Cut Walnut wood. Expecting to travel with added company? No problem! The GT accommodates two rear passengers if the need arises, with a pair of large and comfortable second-row seats continuing the luxury vibe.

And don’t forget the contrast stitching everywhere – of which there are 310,673 stitches in the diamond-in-diamond quilted leather interior. Before you ask, that’s 2.8km of hand-sewn thread. Yes, bespoke is certainly king!

So, how much one ends up paying for a GT then, of course, depends on the options one decides to have. But expect to set aside MYR1,896,800 for Bentley Kuala Lumpur, before local duties, taxes and added extras, of course.

Remember, where super-luxury grand tourers are concerned, the Bentley Continental GT V8 strikes a rare balance between luxurious lounge-like comfort, plenty of modern sensibilities and spirited driving dynamics. So, if you’re prepared to, er, invest for the privilege, then it does so in a thoroughly modern, customisable package that commands road presence like few other GTs can muster.