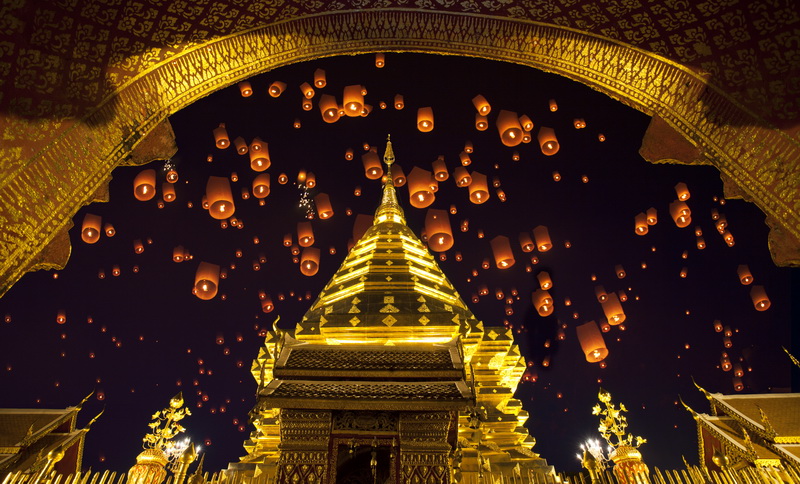 Things to see and do that you should experience this month.
Monday, November 4, 2019 By Editors

Scratching your head on which events to attend this November? Not to worry as The Peak has curated a list of events that you should not miss.

A traditional time-honoured event that many Australians look forward to, the Melbourne Cup returns as the nationâ€™s most famous yearly thoroughbred horse race. The 3200-metre race goes back a long way having been first held in 1861, approximately 158 years ago. Known as the richest turf race with the largest â€˜two-mile handicapâ€™ in the world, the Melbourne Race isnâ€™t known as â€˜The Race That Stops A Nationâ€™, for no reason. The 2019 venue for the race is to be held on the Flemington Racecourse in Melbourne, Victoria with the event being conducted by the Victoria Racing Club. This yearâ€™s Melbourne Cup winner will be able to take home AUD8,000,000 as well as the trophies values at AUD250,000 The Melbourne Cup is also held in alignment with the Melbourne Spring Racing Carnival, which is a series of races held during the months of October and November using Thoroughbred horses.

A guaranteed good time whilst meeting some of Hollywoodâ€™s funniest, the New York Comedy Festival parades the comedians of today in a festival that will have you in stitches. Co-created by Jarrod Moses and Caroline Hirsch in 2004, the festival is produced in collaboration with the Huffington Post, Comedy Central and co-founder, Caroline Hirschâ€™s comedy club. The 2019 version of the New York Comedy Festival brings together funnymen from digital to the silver screen to Hollywood. Expect the likes of Stephen Colbert, Demetri Martin and Bill Maher and unconventional online presences such as Randy Rainbow and Benito Skinner. Save the date and free your schedule. It’s worth it.

A popular Fall festival celebrated around Southeast Asia, November sees to it the celebration of Loy Krathong and Yi Peng Festival in the Kingdom of Thailand. Loy Krathong directly translates to â€˜float a basketâ€™ which is derived from the tradition of creating a Krathong or buoyant decorated basket which is then placed in a river. Occurring simultaneously in the North is Yi Peng. A time for taking merit, the festival is similar to Loy Krathong with floating lanterns released into the air, not water. Known as Khom Loi and made from fabrics such as rice paper stretched over a bamboo frame, these lanterns are used to decorate homes, gardens and temples as well. Both festivals follow the Thai Lunar calendar and are held on the evening of the 12th month. This results in a good omen lighting up the vistas of the Thailand skies and seas.

Off to the races once more with the 65th Macau Grand Prix occuring in the middle of November. Recognised as the most demanding circuit globally and the only street race to allow both cars and motorcycles, expect the cream of the crop at the races. The highlight of the entire weekend is the Macau Formula Three Grand Prix, formally known as the 66th Suncity Grupo Macau Grand Prix- FIA Formula 3 World Cup held on the 17th of November at Guia Circuit. The Formula 3 Grand Prix includes a variety of national Formula 3 champions and drivers from around the world, with the winner taking back the FIA Formula 3 World Cup. Previous winners of the Cup include greats such as Michael Schumacher, Takuma Sato, Lucas di Grassi and many more.