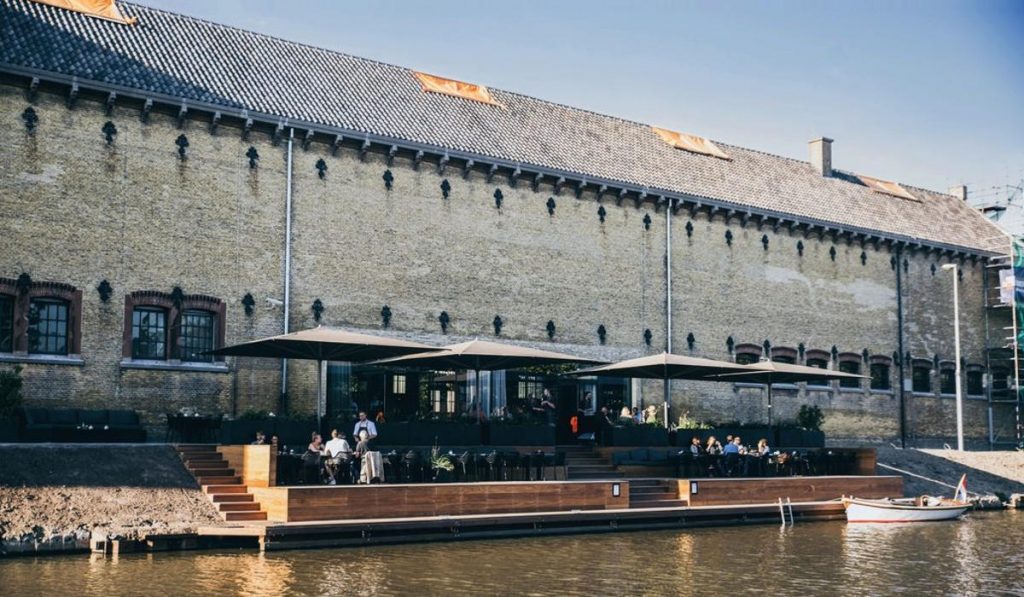 As this year’s European Capital of Culture, it’s worth an exploration into its dining scene.
Wednesday, June 20, 2018 By Editors

Until recently, the town of Leeuwarden, in the north-western Dutch province of Friesland, was such an unremarkable foodie destination, it barely registered on the map. Any talk of great dining experiences in the Netherlands brought up Amsterdam and Rotterdam. The Hague might have been mentioned in passing. At a push, Groningen, too; a town so far north that itâ€™s closer to Germany than Amsterdam. But lesser-known Leeuwarden? Not likely.

All the same, by the time I was ready to leave this tucked-away outpost, the capital, and the largest and most influential of Frieslandâ€™s 11 cities, my preconceptions had all but been turned upside down.

In their place were great memories of a long weekend of fabulous coffee shops and delicious meals at destination restaurants. Add gabled houses, cobbled canal-side ways and sinewy alleys to the picture, and you can perhaps already see that this is a part of the Netherlands worth keeping to yourself.

ADD GABLED HOUSES, COBBLED CANAL WAYS AND SINEWY ALLEYS TO THE PICTURE AND YOU CAN PERHAPS ALREADY SEE THIS IS A PART OF THE NETHERLANDS WORTH KEEPING TO YOURSELF.

Leeuwarden is also this yearâ€™s European Capital of Culture, an honour itâ€™s sharing with Valletta in Malta. Until the end of 2018, the city is promising a calendar of banner exhibitions and events, but also art, music, dance and film activities, and flash mobs. If that isnâ€™t enough reason to visit, the food is fabulous, too.

Blokhuispoort, a former 16th-century canal-side jail, is now a hotspot housing restaurants, a library and a youth hostel. Its anchor tenant, Proefverlof, bustles with diners daily.

Proefverlof, located within the old prison, rolls out great food like steak tartare and dry-aged steak in a unique setting.

As all newcomers do when they come to the Netherlands, I started with a crisp Dutch lager â€“ a craft beer from Brand Bierbrouwerij â€“ and a plate of crumbly bitterballen, those quintessential bite-sized beer snacks. At the Hotel Post-Plazaâ€™s Grand Cafe, the deep-fried ragout balls came served with French mustard at 1 euro (S$1.60) a pop. I asked the waitress if most of her customers finished their plateful, before ordering a main course. â€œOf course,â€ she replied, shaking her head. â€œThis is Friesland. We do things properly here.â€

It seemed a little indulgent, but I ordered a main course for the heck of it (whole sea bass with roasted roseval potatoes and braised fennel), and had ample time to appreciate the brasserieâ€™s standout design over lunch. Once Leeuwardenâ€™s main post office, the high-ceilinged brasserie tips its hat to the cityâ€™s mailmen. There are letter trays and mail boxes, brass telephones and wooden switchboards â€“ but the highlight, after a fabulous main course, is the coffee, paired with a hazelnut and aniseed biscuit. As I later found out, it was a dumke, a sugar-rolled cookie, supposedly shaped like a Frisianâ€™s swollen thumb.

To help understand why Leeuwarden won this yearâ€™s Capital of Culture bid ahead of rivals Utrecht, the Hague, Eindhoven and Maastricht, you need to visit canal-side jail Blokhuispoort, a few streets to the immediate south of the Hotel Post-Plaza. Dating back to the 16th century, the gothic prison has arches, high-framed walls, spiky turrets and enough tightly girded courtyards to intimidate even the toughest of criminals. But the look belies its practical use today. Inside are two restaurants, a cafe, a library, and a youth hostel complete with Alcatraz-style bunks. All of it, down to the libraryâ€™s private reading room cells, is repurposed in the name of high culture and haute cuisine.

A post-lunch peek into Proefverlof, the prisonâ€™s hipsterfied anchor tenant, showed that every table was busy to the extreme. A queue snaked out the door, and a dozen couples waited for a table with a canal view, albeit one seen through a barred-window. How often do people queue to get into a prison? â€œEvery day,â€ replied manager Erik Eerhart with a laugh, while seating a party in an alcove, likely the former room of a habituated felon. â€œIt doesnâ€™t matter if itâ€™s Saturday lunchtime or not â€“ this place is always crazy.â€ The reason for this: tables busy with Hawaiian poke bowls, steak tartare, grilled octopus and dry-aged rib steaks. Food fit for King Willem-Alexander, who opened the cultural festivities in January, what more a prisoner.

The rain began to fall and a bank of clouds hung low in the sky. Afternoon shifted to early evening, and I followed a crowd across the Old Town to Boomsma Beerenburger, a fifth-generation, family-run micro-distillery in business over the past 125 years. Itâ€™s a well-worn, if dimly lit, liquor store and tasting room, with stoves, tulip-shaped lamps and showy copper vats. The spirit seemed to seep from the warp and weft of the green lacquered walls and timber floors.

Greeted at the door by in-house expert Tanja Balkema, I sampled the juniper and liquorice-infused genever in thimble-sized glasses, while a group of pie-eyed Belgians got wobbly. The first tasted of wild blackberries, the second of steeped elderberries. The herby liqueur was delicious, though I hankered for a splash of Cola. â€œYou need to drink it straight,â€ she told me. â€œLocals wonâ€™t serve it otherwise.â€

By now, feeling a little goose-eyed, I wandered the Old Town as dusk fell. First, I passed the mediaeval Oldehove, an unfinished church tower so crooked that it beats the Leaning Tower of Pisa as a slanty spectacle. Down Kleine Kerkstraat, awarded the most photogenic street in the Netherlands, I turned onto the path by the Nieuwestad canal, a watery thoroughfare framed by wrought iron railings and hundreds of locked-up bicycles: the ultimate Dutch postcard. In the middle ground loomed De Waag, a historic market weigh house, now converted into Stadswaag, a bar-restaurant serving a Dutch take on an English afternoon tea. Youâ€™ll get exclusive teas from London, plus pancakes and waffles, instead of scones and clotted cream.

My final stop was Roast, a new canal-side barbecue joint with industrial lamps, beefy wooden tables and a menu where everything â€“ pork neck, chicken or market vegetables â€“ is thrown onto a grill until itâ€™s charred just-so and proper. I chose a dictionary-thick steak and called it a night. Tomorrow would bring more of the same, plus Iâ€™d been recommended brunch at Laura & De Chef for a modern take on the Dutch pancake â€“ crepes crowned with goat cheese, rucola, honey and walnuts, plus chocolate bio sauce or sea salt caramel. Iâ€™d need time to digest it all.

Sometimes, itâ€™s all too easy to eat badly in parts of the Netherlands. But Leeuwardenâ€™s locavore scene, exploding in step with the cityâ€™s Capital of Culture creativity, works like it has something to prove. Which, for restaurant-goers, is really as good as you can hope for.

Leeuwarden is the capital of the Dutch province of Friesland. It offers plenty of history and an insight into the Frisiansâ€™ local culture. If time is not an issue, other nearby spots are worth a visit too.

Leeuwarden is a two-hour-and-15-minute train ride north from the Amsterdam Airport Schiphol train station. There are also train services from Amsterdam Central Station. To see Leeuwarden as the Dutch see it, rent a bike during your stay, or check out the free city tour on bike. The town is also easily navigable on foot. If time permits, visit the nearby Franeker â€“ home to the worldâ€™s oldest working planetarium. Several of Frieslandâ€™s other cities are accessible, either by bike or canal boat. Favourite spots include Sneek, Hindeloopen and Bolsward. Groningen, meanwhile, is the largest city in the north of the Netherlands, home to art galleries, museums and an ancient clock tower.