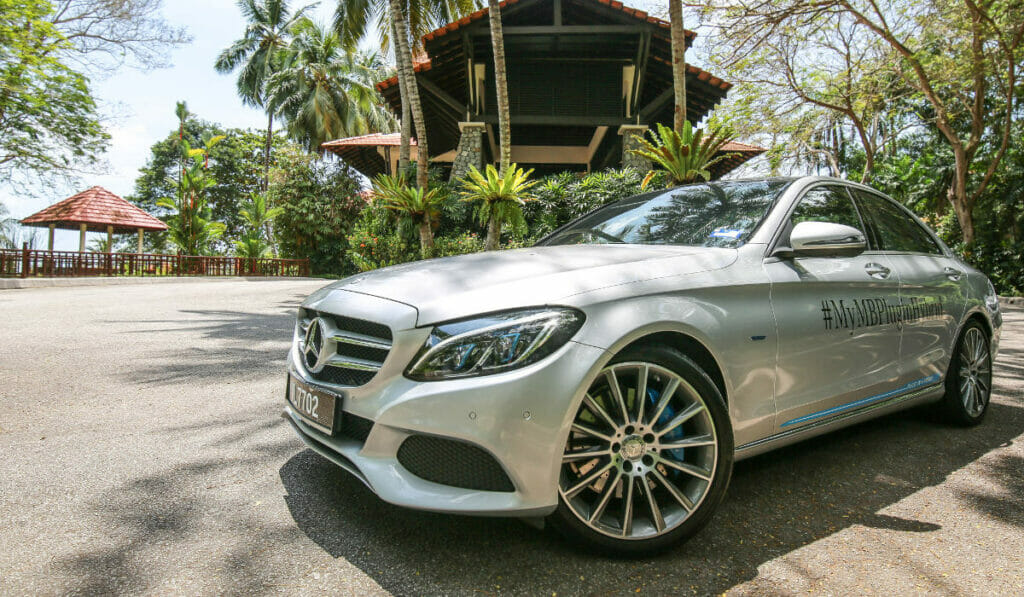 Mercedes-Benz Malaysia set another benchmark with the introduction of the C350e, its third locally assembled hybrid vehicle, following the S400h in 2014 and the E 300 BlueTEC Hybrid in 2015. While it might be a plug-in hybrid, the C350e is no slouch when it comes to performance, delivering the performance of a sports car and yet boasting certified consumption figures of just 2.1 litres of fuel per 100km. Powered by a four-cylinder petrol engine that is paired with a powerful electric motor, the C 350 e produces a total output of 205kW and torque of 600Nm, and accelerates from zero to 100 km/h in just 5.9 seconds.

The C 350 e is also Mercedes-Benz Malaysiaâ€™s first to feature plug-in hybrid technology, offering a range of 31km in purely electric mode. Its electrical energy storage unit is a high-voltage lithium-ion battery with a total capacity of 6.2 kWh that can be charged from an external power source. The battery is water-cooled, weighs around 100kg and is cleverly mounted in a sheet-steel housing underneath the rear axle, thus maximising crash safety, driving dynamics and boot space.

A host of other innovative features distinguish this state-of-the-art hybrid vehicle, including Silent start, where the car starts virtually silently and runs in electric mode; Energy recuperation, which recovers energy during braking and coasting, storing it in the battery for later use; and the haptic accelerator pedal, which helps to reduce fuel consumption and exhaust emissions.