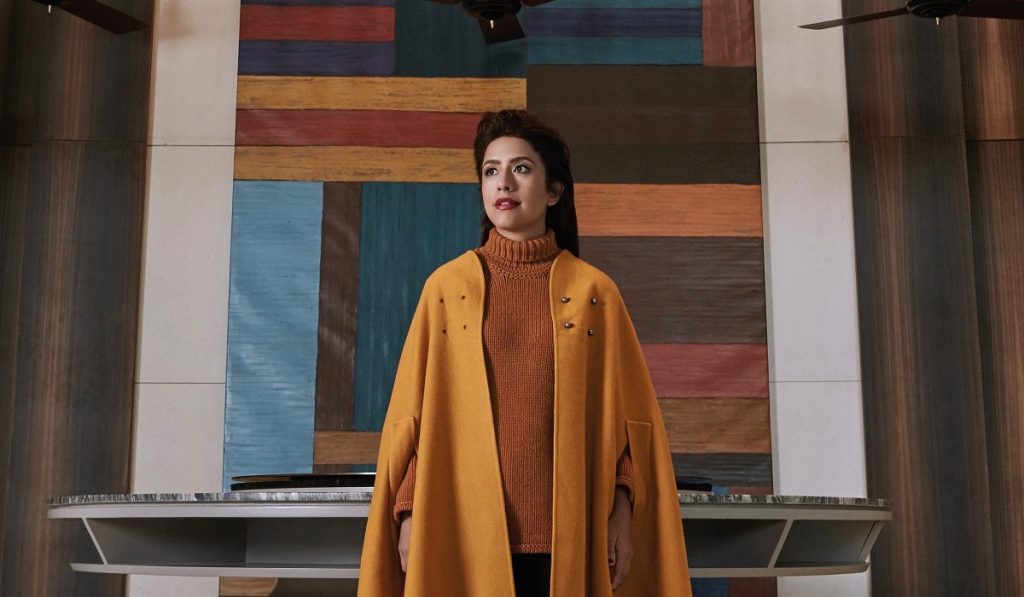 With over 200 days a year spent travelling, global citizen and interior designer behind Sophie M Home knows how to trod the path more travelled.
Tuesday, January 16, 2018 By Editors

To describe Sophie Mir in a nutshell, we need to talk about bicycles. Specifically, the velocipedes in the basement carpark of her Orchard apartment block. Seven of them are installed proudly on a wall rack, gleamingly handsome things bearing some of the most wellknown brands in the cycling world.

At the end of the row, off the rack and leaning quietly in a corner, is a simple unmarked model in subtle matte silver accented with a pop of orange. The minimalist design belies its pedigree, as we later learn. The bicycle is by two-year-old Swedish maker Velosophy, which partners Unicef on a one-for-one programme not unlike that by social enterprise and shoe label Toms. For every bicycle sold, it donates another to a school-going girl in Ghana, where research has shown that bicycle ownership can lead to better class attendance rates and academic results. But this one belongs to Mir, who, among many other hats, also wears that of a Unicef ambassador.

Who is Mir? Like her bicycle brand, it’s not a name that will ring familiar to most. The Swedish-Persian interior designer isn’t one to seek out the limelight and has so far been studiously tight-lipped about her business, Sophie M Home, not least because it serves royals, top-tier celebrities and corporations across Europe, the US, the Middle East and now, Asia. (This interview, in fact, took months of persuasion.)

That global grid means Mir’s life is a madcap whirl of planes and apartments, private jets and palaces. The petite, frenetically energetic brunette works across time zones and spends over 200 days a year shuttling among her bases in Dubai, London, New York, Stockholm and Singapore. In fact, she’s just stepped off a flight the day we meet her.

“I can’t let you in,” she worries at the start of our interview in her apartment, only half-joking. “I left the hairdryer on the floor, it’s a mess.”

In truth, it’s anything but. The bright, airy apartment is spotless, its interiors decorated in a soothing palette of cream and grey with wood and bronze accents. Plush Persian carpets cover the floors in her living room and study, where, as it turns out, there is a hairdryer on the floor – the cause of the perfectionist’s anxiety and the only thing out of place. Ironically, while Mir devotes her efforts to designing personal spaces for her clients, she has little time to make her home her own.

To keep herself centered, the 35-year-old relies on a morning routine that is punctuated by a jaw-jittering seven to 10 cups of java: Wake up, make coffee, go back to bed, read e-mail, send messages, get up, go for a run. (A big fan of running, she’s completed 16 marathons around the world.)

There’s also a clutch of constants that anchor her to her childhood and hometown: Those carpets, a passion she picked up from her father. Savoy pillows (she even has one for flights). Dark roast coffee from Swedish roastery Zoegas Skanerost. Pretty paper napkins from Stockholm design label Svenskt Tenn.

Many of these things come via care packages hand-carried by her family when they visit. Despite not spending a lot of time in Stockholm, Mir, a middle child, remains close to her mother, sister and brother. She keeps in touch with them via a Whatsapp group chat, calls on the weekends and the occasional Instagram post.

“I hate Whatsapp, it’s eating up my life right now,” she says with a sigh. “It’s not like with e-mail, people expect you to reply right away.” But setting the app on “invisible” mode or abandoning social media isn’t an option, because “then my mother doesn’t know what time I go to bed, and if I’m alive. We have an agreement, she and I. If I post on Instagram which city I’m in, she knows which time zone I’m in. She knows I’m not dead.”

“We have an agreement, [my mother] and I. If I post on Instagram which city I’m in, she knows which time zone I’m in. She knows I’m not dead.”

The daughter of an architect-turned-homemaker mother and an investor father, Mir grew up in an elite circle – Roger Federer, Prince Harry, Lionel Richie and Sheikh Mansour are friends. She attended Stockholm University, where she completed a double master’s in fashion, as well as in interior design and arts history. After graduation, she worked for Svenskt Tenn before moving to Dubai to run two large decor companies, Q Home and Indigo Living.

Mir’s design aesthetic at a glance: quiet charismatic style that turns house into home and hearth.

Fluent in Arabic and Farsi along with Swedish, English and Spanish, Mir has proven especially in demand with sheikhs, although she’s charmingly self-deprecating about her popularity. “I don’t think my clients like my designs always, actually. I think they like my personality, and my personality’s my DNA, and my DNA is to never say no to a client.”

REPUTATION AT WORK Mir believes that clients are drawn to her gung-ho attitude of not saying “no” to requests.

One of her commissions while in the Middle East was a palace for one of the King of Bahrain’s wives. “The guest house alone had 29 bedrooms, so it was quite a big project. I took it on. It was a lot of work; some days I would say at 2am, ‘Yes, of course we can change everything tomorrow if you don’t like it, sir.’ But he taught me a lot, and then I did two other palaces after that, because he had three wives. When you satisfy one, you need to satisfy all of them.”

ON SITE Mir going over the nascent stages of one of her projects.

In 2012, Mir moved back to New York and set up Sophie M Home, which now employs 23 people in four offices worldwide. Since then, the prolific designer has turned her talent to every sort of luxury space possible, from hotels and resorts to penthouses and golf clubs, in cities from New York to Monte Carlo.

There have been more than a few private jets too, thanks to a partnership with Swiss aerospace firm RUAG. She also consults on investment boards and makes it a regular point to do charitable work – Unicef aside, Mir is a board member of the human rights organisation Doctors of the World and sets aside a portion of her profits from every project for charity.

The entrepreneur set up her latest office in Singapore last year, when she was courted to work on a hotel commission, then decided to stay to start a new line of furniture and home goods together with a Jakarta-based business partner. Christened Kisah Living, the brand is set to launch during Chinese New Year.

“Kisah means story in Bahasa Indonesia – everyone has a story in their lives, and my furniture is a story,” shares Mir. “It will be about good design, good quality but affordable things for the global market.”

Yet, while deals and design ideas may look like they come easy to the vivacious Mir, her success is as hard-won as any. Written communication and recognising names can be difficult, because she’s dyslexic. And all that dashing from city to city (she typically doesn’t spend more than three days in one place) does lead to a rather solitary life, even if she has a 2,000-strong contact list in her phone. The private Mir isn’t in the habit of announcing her location to people.

Take the time she came to Singapore. Good friends Richie Eu and Asad Jumabhoy welcomed her into their families and showed her around, but “I didn’t know if (the move) was the right thing because things were quite lonely in the beginning, so I went back and forth a lot to New York,” she admits. Weekend evenings were spent home alone in her pyjamas watching Suits – though one might consider them date nights since Mir, by her own admission, is head over heels with Harvey Specter.

Still, none of that is a serious obstacle to a woman who seems tailored to take what she does through time zones and territories. “If you have a ‘type’ of design, you probably live only in one city and know one style,” she says emphatically. “I do things that I want to do, and I need to do them the way I do them. Different designs, different types, different environments. Because, then, I also have a life. I love travelling; I can’t live in the same city.”

It’s a perspective brought home by an elegant silver matchbox on her coffee table that we notice as we take our leave. Inscribed on its front are the words: “The world is a book and he who stays at home reads only one page.”

Mir’s tips to handle business from around the globe

TAKE CARE OF THE BODY YOU’RE TRAVELLING WITH

“I usually sleep or work on the flight. I literally never eat on the plane unless it’s a long journey, then I bring my own food. I drink nothing but green tea and sparkling water. You really need to think about what you eat [if you spend a lot of time on flights] – there’s so much sugar in the food. My body is not a garbage bin. What I put in myself, it needs to be my standard.”

“I fly business or suites even for short flights. For me, it’s not about the seat any more. It’s about how you check in. How you get fast-tracked. If you travel 10, 20 times a year, you don’t have to. But if you travel every day, you can’t do that. It’s (part of) your lifestyle.”

“For each of my offices, I have a main person running my business. So I am the owner and the managing director, but I have country directors in every country. I make sure my team members know I value them.”

My phone is with me round the clock. I keep it on silent at night, but I check it at least five times through the night. I use the plane’s Wi-Fi to check my mail and messages on long flights.”