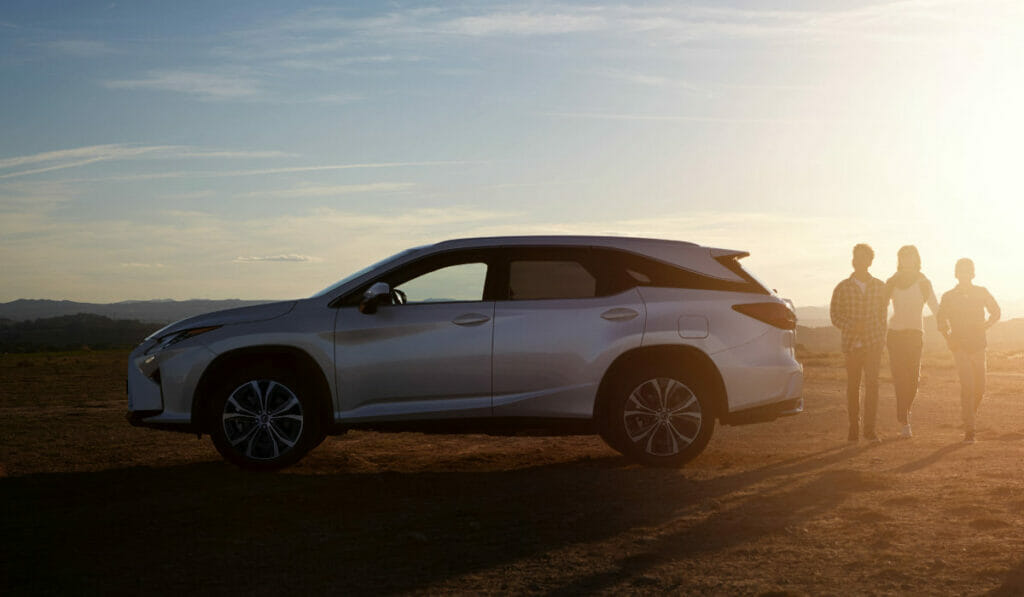 Yes, seven-seater SUVs or crossovers have come a long way since the Mitsubishi Pajero ‘people carrier’ of the late 1990s. Thankfully, gone are such ridiculous things as ad-hoc seating shoehorned into any available space, uncomfortable suspension systems and noisy, thirsty power plants! Now, the seven-seat crossover has evolved in terms of how it handles, while its size has contributed to its growing popularity. Furthermore, improvements to the drivetrain result in better drivability, and upgrades to the suspension means it handles more like a large hatchback instead of a small lorry.

Size-wise, contemporary cabins feature more comfortable seating even in the third row, and there are more amenities on board, such as rear air-conditioning, power points for gadgets, panoramic sunroof and powered tailgate. Case in point is the brand-new Lexus RX350L – the premium Japanese automaker’s return to the seven-seater sweepstakes after more than a decade.

Revealed late last year at the Los Angeles Motor Show, it slots into a growing Lexus SUV line-up and will serve as the manufacturer’s Audi Q7, Land Rover Discovery and Volvo XC90 rival.

To accommodate the additional row of seating, Lexus has stretched the length of the standard RX by 110mm and fitted a steeper tailgate to ensure those in the third row have sufficient headroom. The third-row is a 60/40-split bench, which, Lexus says, offers as much comfort as those sitting in the second row; the seats can also be folded flat into the boot floor to give maximum load space, too. The extended body of the RX L also means boot capacity has increased over the standard model’s 453l load bay.

The sharp-edged crossover also gets an additional 110mm in rear overhang and a more upright rear screen, thus freeing up more space. The result is a 5m long car that’s only slightly shorter than the 5,052mm Audi Q7. But, unlike in a Land Rover Discovery, which features theatre-style seating, the middle row of the Lexus is cleverly set higher than the third row to give more foot space for those in the back.

Powered by a 3.5l V6 with 294hp at 6,300rpm and 358Nm from 4,600-4,700rpm, all that grunt is delivered via a silky smooth eight-speed torque converter automatic transmission. Power goes to both axles via Lexus’ Active Torque Control AWD system that allows varying levels of torque delivered to the wheels, anywhere between 100:0 to 50:50, depending on conditions. And it is very eager to get to the highest gear, forcing (finely muted) kick downs to lower gears once you decide to pass that slow-moving truck on the highway.

Using Drive Mode Select, the RX L driver can exert more control by choosing from among three driving modes: NORMAL provides an ideal everyday balance of performance and energy conservation; SPORT S puts an edge on powertrain responsiveness; and ECO mode operates the powertrain at its most efficient level.

So, the result is the RX L really does feel luxurious to drive! And coupled with sleek styling that includes the distinctive Lexus spindle grille, along with chrome-plated surrounds and headlights, is certainly a car that leaves a lasting visual impression. When cruising along, it’s quiet, agile and feels completely refined – just like how a Lexus should be.

Priced at MYR475,000, the Lexus RX350L offers a handsome interior, painstaking fit and finish, and is ultimately smooth, fast and quiet on the road – it certainly is a fine attempt at stretching the appeal of the Lexus brand even further.