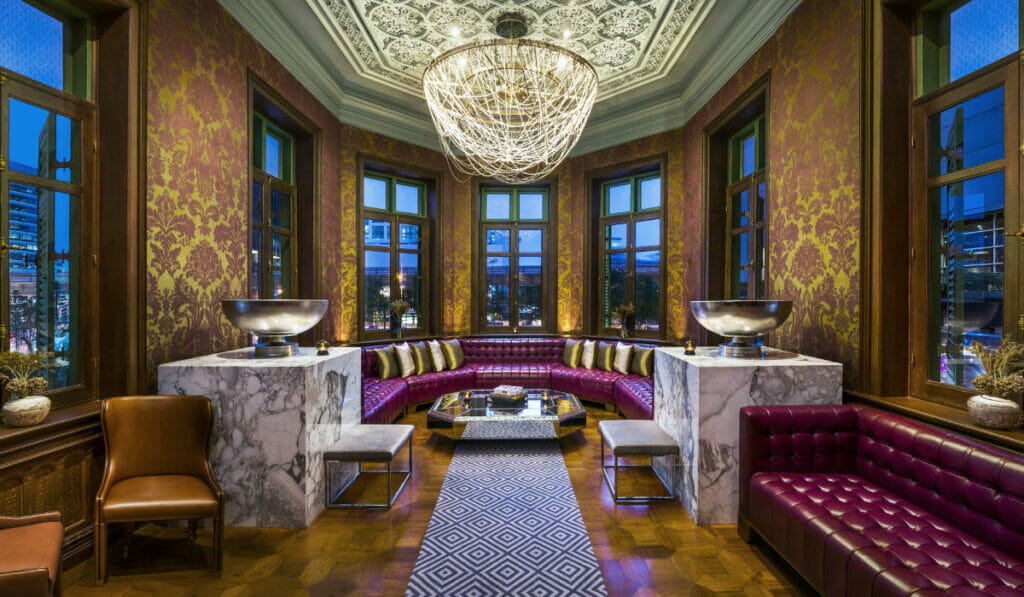 When the W Bangkok announced the opening of The House on Sathorn on its premises mid this year, the 128 year old colonial mansion seemed at odds with the hotelâ€™s brand of contemporary luxury and sleek modernity. Yet, like the City of Angels itself, the juxtaposition of old and new, modern and established, is surprisingly seamless and befitting the eclecticism of the hotel. The House on Sathorn has been classified a national heritage property and brings a decidedly different vibe to the W Bangkok, comprising four impressive neo-classical buildings that have been converted as a stylish multi-venue complex.

The property was originally built in 1885 during King Rama Vâ€™s reign by businessman Luang Sathorn Rajayutka of whom the Sathorn Canal was named for and created by. Later, the house saw several different incarnations including its turn as the majestic Hotel Royal in the 1920s as well as the Russian Embassy from 1948 to 1999. Its interior, including the Sathorn Rajayutka familyâ€™s personalised fresco motifs, have been meticulously restored while its heritage and opulence can still be felt in interior touches of tapestries, photos and sculptures. Meanwhile, modern art pieces are placed casually amidst the lavishness to remind one of the play on opposites intended by the W Bangkok.

Four different concepts anchor the House on Sathorn. At its heart is one of Asiaâ€™s 50 Best Restaurants 2017. The Dining Room is helmed by Chef Fatih Tutak whose stints include The Bellbrook Hong Kong, NOMA in Copenhagen and the 3 Michelin-starred Nihonryori Ryugin in Tokyo.

Meanwhile, The Bar serves up handcrafted libations in a gentlemanâ€™s club setting of leather armchairs, copper mugs and smooth soul vibes piping through its speakers. The Courtyard offers up alfresco dining with an afternoon tea to die for. Upstairs features an exclusive club lounge with four hospitality suites and a convertible space to fit up to 200 guests for weddings and private functions.

Naturally, traversing back and forth the W Bangkok and The House on Sathorn is a common phenomenon, with guests enjoying both the cool lounge ambiance at the hotel and the sophisticated atmosphere to be had at the house. Neither is an experience to be missed.