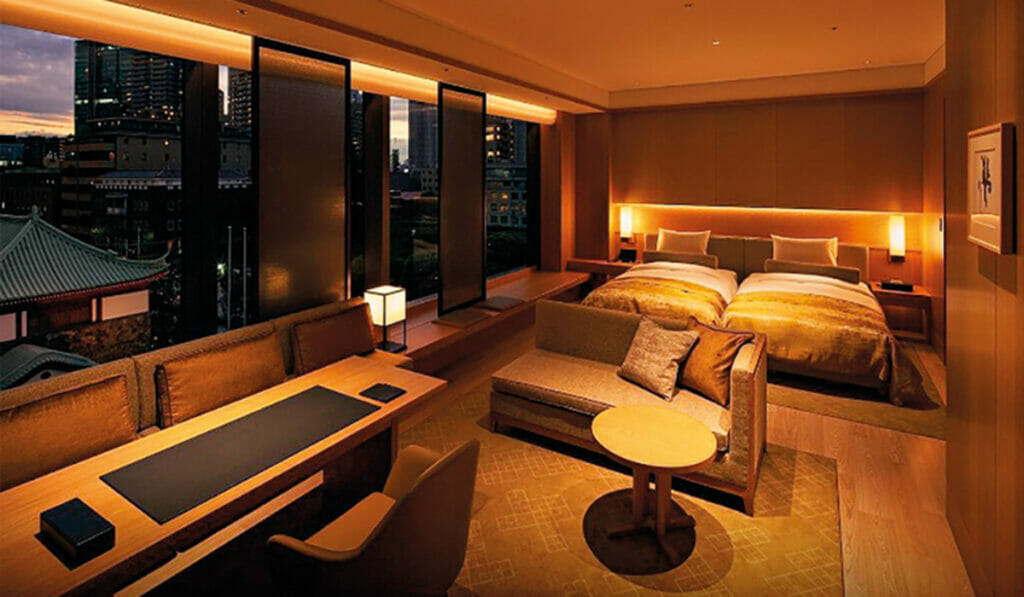 Treat yourself to a relaxing stay at 4 of the best hotels in the world this February.
Tuesday, February 11, 2020 By Editors

The Peak is back with our latest recommendation of places to go to this month. From the Experimental Menorca hotel to Giorgio Armani designed Armani Hotel, there is no shortage of excellent hotels to unwind and relax.

From cocktail clubs in London to restaurants in Paris all the way to a luxury dining beach experience in Ibiza, the Experimental Group has recently turned its sights to Menorca. A Balearic island that is not quite as populated as Mallorca nor as hedonistic as Ibiza, the Experimental Menorca hotel is created within the structure of a 19th-century Spanish ranch spread over 30 hectares of land. A graceful entrance into agrotourism, the hotel reconnects its guests with one another by not having televisions in rooms, and providing guests with activities such as horse riding, guided hikes, yoga and painting. With a housing capacity of 43 rooms and 9 private villas, dipping pools included, the last thing on your mind would be the tv. Bon vivant rejoice as well as all their meals and cocktails are made from locally sourced produce plucked from their in-house vegetable garden.

Golden-hued in its aesthetic and firmly entrenched in the golden age of Japan’s luxury hospitality scene, the Okura Tokyo is one of Japan’s iconic hotels that has recently come out of retirement. Due to its location in Tokyo’s Minato-ward, right beside the American Embassy, the hotel has hosted every President of the United States since Richard Nixon. The Okura Tokyo has also seen to it many major international summits hosted within its walls. In 2014 the hotel closed its doors for major renovations costing USD 1 Billion dollars (110 Billion Yen) and only reopened in September of 2019 boasting two new towers with a combined 508 rooms available. The latest iteration of the Okura Tokyo was designed by Yoshiro Taniguchi, son of the original Okura designer Yoshio Taniguchi. A living icon amongst travellers, the Okura Tokyo has returned to its legacy.

The art of travelling has morphed from opulent, loud vacations in big cities to a tailored journey made individualistic to the person, and the hospitality industry has followed suite. Hotel TwentySeven located in Dam Square, Amsterdam is one such luxury boutique hotel that is sure to enchant the senses. This suites-only hotel is located between the third and seventh floor of a turn of the century building and shares the same neighbourhood with the Royal Palace of Amsterdam, the National Monument and the gothic New Church. The hotel provides sixteen exclusive suites all of which offer rich interior design, state-of-the-art technology, a whirlpool and steam room, as well as a butler service. The gourmet scene at Hotel TwentySeven is top-notch as well, with a fantastic cocktail bar and restaurant that guests and bon vivant alike can enjoy.

DRESSED FOR THE HOLIDAYS

Boasting custom-made furnishing, a variety of Michelin-level dining options and suites designed by the founder himself, Giorgio Armani, the Armani Hotel in Dubai is nothing short of an haute couture cum luxury hospitality dream. Located within the famous Burj Khalifa, the 10-storey hotel offers not only the best views but also the most central location for guests to enjoy the engaging culture, food and shopping districts of the city. Stunning and simplistic, its interior includes Eramose stone floors and zebrawood panels, the Armani Hotel is an understated nod to modern-day luxury interior. However, despite the gorgeous interior and exquisite dining outlets, the hotel prides itself on service above all else. Every guest that checks-in will be allocated a Lifestyle Manager whose services are flexible and range from making a reservation at the busiest restaurants or procuring tickets for shows to arranging childcare services, all to ensure your holiday runs smoothly. Distinctive in style and personalised in touch, the Armani Hotel is proof that service and style go hand in hand.