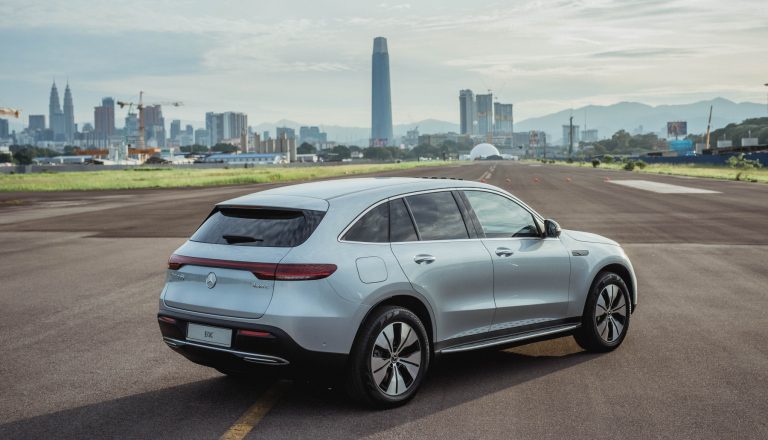 The second wave of electric mobility has finally come to Malaysia.
Tuesday, September 3, 2019 By Ellfian Rahim

There’s a big change from a decade ago when it comes to guilt-free electric mobility in this country.

Back in 2006, the average electric runabout (which wasn’t even available in Malaysia in the first place at the time) resembled a glorified golf buggy, couldn’t hit highway speeds, didn’t have the range for you to drive out of the city limits and costs as much as a posh apartment in the right side of town.

But then, things began to change. About three years ago, the powers-that-be cleared the import of 100 Tesla Model S cars as part of a government-backed effort to promote electric vehicles (EVs) and emissions-free motoring in Malaysia.

This brief period saw proud new Tesla owners showing off their new electric mounts in trendy Klang Valley ‘burbs, while ride-hailing app Grab even came up with an exclusive offer allowing even the average man-on-the-street to experience the Tesla Model S 85, albeit merely as a paying passenger, of course.

But fast forward to the present, and one can see that electric wheels are turning and gaining traction in this neck of the woods. Yes, a report by English daily New Straits Times cites that the number of EVs registered up to end of March this year stands at 5,403 units. The same report also revealed that EV prices in Malaysia have also stabilised at the sub-RM200,000 range.

Of course, we’re talking about ‘normal’ EVs here, like the Nissan Leaf and Renault Zoe, both of which have been available to Malaysian since 2013 and 2016 respectively. Now, looks like the second, and infinitely more premium wave of electric mobility has hit this country.

Just in April this year, BMW Malaysia unveiled the BMW i3s, its first Battery Electric Vehicle (BEV) or pure electric vehicle at the Malaysia Autoshow 2019. The BMW i3s adds to the premium automaker’s portfolio of Visionary Mobility vehicles and reinforces BMW Group Malaysia as the leading e-mobility provider in the country.

But it seems that the men from Stuttgart refuse to be left behind! Mercedes-Benz Malaysia hogged the headlines just in June with the local launch of the EQC, a sports utility vehicle (SUV) with the honour of being the first of the German brand’s EQ (Electric Intelligence) range that’s all-electric. The car’s worldwide launch was in September last year, but even though pre-launch demand has been strong, deliveries have been limited due to production issues said to be related to battery supplies. But even so, Malaysia is the first country in Southeast Asia to officially welcome the EQC!

And this state-of-the-art battery is the centerpiece of the EQC. The lithium-ion battery pack is housed in the floor and weighs 650 kg, offering an energy content of 80 kWh. It employs a sophisticated operating strategy to supply power, enabling an electric range claimed to be up to 471 km and a brisk acceleration figure of 0 – 100 km/h in just 5.1 seconds – all the way to a limited top speed of 180 km/h.

Intelligently networked charging solutions focused on the mobility needs and convenience of customers is an integral part of the EQ brand. As standard, the EQC is equipped with a water-cooled on-board charger which can be connected to power sockets at home or at public charging stations. The charging time can be as quick as 40 minutes to reach 80% ‘full’ but this will also depend on the available infrastructure and the country-specific vehicle equipment. Of course, using a Mercedes-Benz Wallbox would be much faster than at a conventional power socket.

But while demand for EVs and plug-in hybrids (essentially, cars with both an internal combustion engine and electric motor that can be plugged in to a charger) in the country has picked up, concerns over the lack of charging infrastructure in the country remain a nagging drawback for many who aspire to make the switch from the typical internal combustion to electric engine.

So yes… the future for electric motoring in Malaysia seems very bright and shiny, indeed!