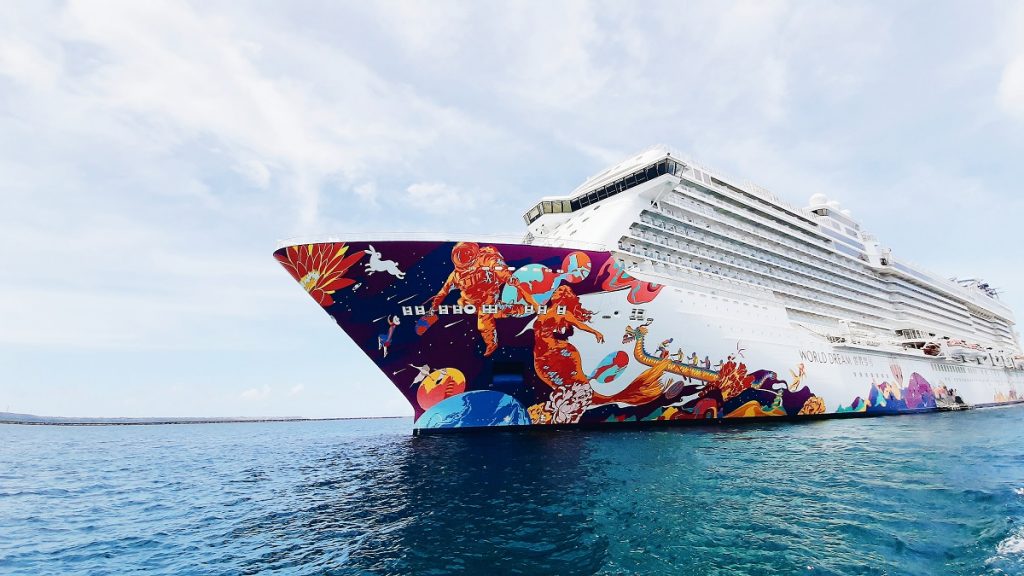 Over a thousand passengers confined to cabins after someone on board tested positive for the virus while at sea.
Wednesday, July 21, 2021 By Ellfian Rahim

Just when you thought that people would be pretty much resigned to life with Covid-19 restrictions by now, and stay put at home while weathering this storm, something happens that just proves otherwise!

In spite of neighbouring Malaysia and Indonesia showing alarming pandemic infection numbers lately, the Singapore authorities surprisingly gave the green light for a World Dream cruise ship, owned by the Genting Cruise Line, to embark passengers and set off on a three-night ‘cruise to nowhere’ around the island.

With cruise businesses being severely hit by the pandemic and Singapore having relatively few domestic Covid-19 cases, the country launched so-called “cruises to nowhere,” last year. These cruises, open strictly to residents of Singapore, sail around for a few days with passengers on board and then return to their port of origin. Needless to say, they have been popular with locals who have been starving for a chance to travel.

But as the latest trip got underway, a 40-year-old passenger on board the Genting cruise ship was forced to isolate after he was identified as a close contact of a confirmed case on land and his sample sent to a hospital for further testing, the Singapore Tourism Board said.

And as a direct result of this, all passengers and crew aboard were instead required to isolate in their cabins, with only essential crew members being allowed to move throughout the ship! The vessel embarked 1,646 passengers and 1,249 crew members onboard and all of them are required to quarantine in their rooms with contactless meals being delivered to them during this time.

Apparently, the infected guest in question had already taken a rapid antigen test prior to boarding the cruise that came back negative, but later, contact tracing revealed the guest had been in close proximity with a confirmed Covid-19 case prior to boarding the ship. The guest was then immediately isolated and the ship returned to port on Tuesday, revealed a statement by the company.

The thing about ships is that – with their enclosed spaces, common passenger areas, and centralized air conditioning systems – they’re an excellent vectors of Covid transmission.

But the rollout of vaccines has led to the resumption of cruises in some parts of the world. This has undoubtedly led to new outbreaks. Last month, two passengers onboard Royal Caribbean’s Celebrity Millennium ship tested positive for Covid-19, while eight crew members from the same company’s Odyssey of the Seas cruise ship, who weren’t fully vaccinated, also tested positive.

In December, passengers on Royal Caribbean’s Quantum of the Seas vessel in Singapore were forced to stay in their cabins for more than 16 hours after a suspected COVID-19 case on board. The passenger eventually tested negative after the ship returned to Singapore.

So, with all that out of the way, perhaps when the time comes for us in Malaysia to be given more freedom from the current cossetting travel restrictions, perhaps we’d be better off being high and dry on shore, and save that fare money for something a bit more infinitely pleasing instead, like a nice watch perhaps?