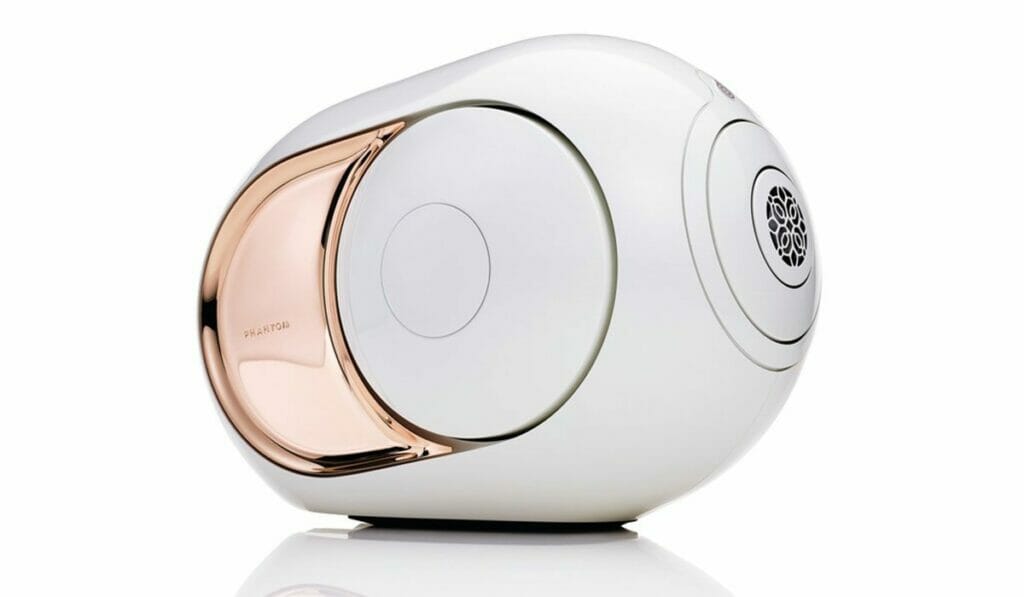 A sonic warhead. Thatâ€™s all that needs to be said about the rather unintimidating Devialet Gold Phantom. Sure, the 22K gold plating and off-kilter design hint at its pedigree. But, as speaker buffs know, size matters in the sound system arena â€“ and the oblong, watermelon-sized Phantom looks like a flyweight.

Hence the ensuing obliteration of that preconception, and possibly your eardrums, if one is careless with the 4,500W, titanium tweeter-equipped bombshell. Thatâ€™s power enough to fill five tennis courts with quality sound. Itâ€™s certainly sufficient to inundate any living room with high-fidelity notes, the bassiest of which youâ€™ll feel through the skin rather than the ears, thanks to the Phantomâ€™s intense sound pressure. And it does it all wirelessly, so thereâ€™ll be no unsightly tangle of cables outside of that one power cord.

But donâ€™t take it from us; many men of taste have been won over by Devialetâ€™s speakers, which are developed and built solely in France. LVMH boss Bernard Arnault famously threw his weight behind the company after a live demonstration of its earlier inventions, and design mogul Karl Lagerfeld scooped up more than a dozen Phantoms soon after.

Jay Zâ€˜s joined the latest round of funding, which totalled $154 million. Could we be looking at the next Apple in sound products?