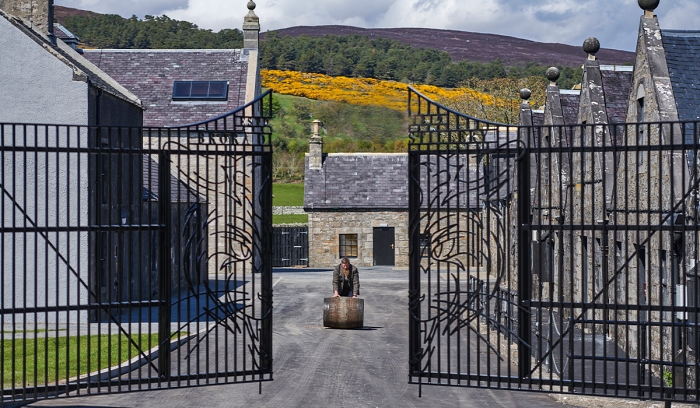 Only 68 bottles of the 1982 distillation will be available after the cask is broached in 2027.
Wednesday, November 10, 2021 By The Peak Malaysia

Not many are aware that the Brora distillery officially only came into existence in 1968. Before that, the distillery, founded in 1813, was known as Clynelish. In the 1968, its owners built a new distillery adjacent to the existing one in response to the high demand for Clynelish malt for blending – you will it in the heart of Johnnie Walker, for example – hence the emergence of Brora.

The original distillery, however, was mothballed in 1983 but has resumed operations this year. In between that time, the single malt produced by Brora has become a cult favourite, its bottlings highly sought after.

Fans of Brora might be rejoicing at the distillery’s reopening, but it will be more than a decade before the new distillations are released. In the meantime, collectors might be interested in a rare 1982 Brora cask that can be purchased through a tokenised asset-backed security (ABS). Each digital token represents a bottle of Brora 1982 – out of 68 bottles – and is tradable on Hg Exchange (HGX), a private, member-driven exchange licensed by the Monetary Authority of Singapore.

The ABS allows accredited investors to own and trade units of premium whisky while it is still maturing in the cask. Brora 1982 is targeted for bottling in 2027, after which investors can redeem the ABS for cash by selling the whisky or keep the physical product to consume. At the time of bottling, the whisky will be 45 years old, one of the oldest vintages released by Brora.

The 1982 cask is one of the spirit maker’s most distinctive and rarest expressions, and was produced during the distillery’s short-lived, light-on-the-peatiness phase (see tasting notes below).

The launch of Brora 1982 follows the successful debut of South-East Asia’s first whisky-based ABS tokens on HGX by the PrimePartners group, offering exclusive whiskies from acclaimed distilleries such as Port Ellen, Talisker and Coal Ila. The Port Ellen tokens are at currently trading at £11,500 each, up 37% since its listing in January this year.

Gerald Ong, owner of 1982 Brora Pte Ltd and deputy chairman of PrimePartners Corporate Finance (PPCF) says: “Due to overwhelming demand of whisky-based ABS, we’ve decided to offer another rare cask, the Brora 1982. Investments in premium whiskies have grown a few hundred per cent in the past decade, and this is one way for connoisseurs and investors to own and trade coveted, hard-to-procure spirits.”