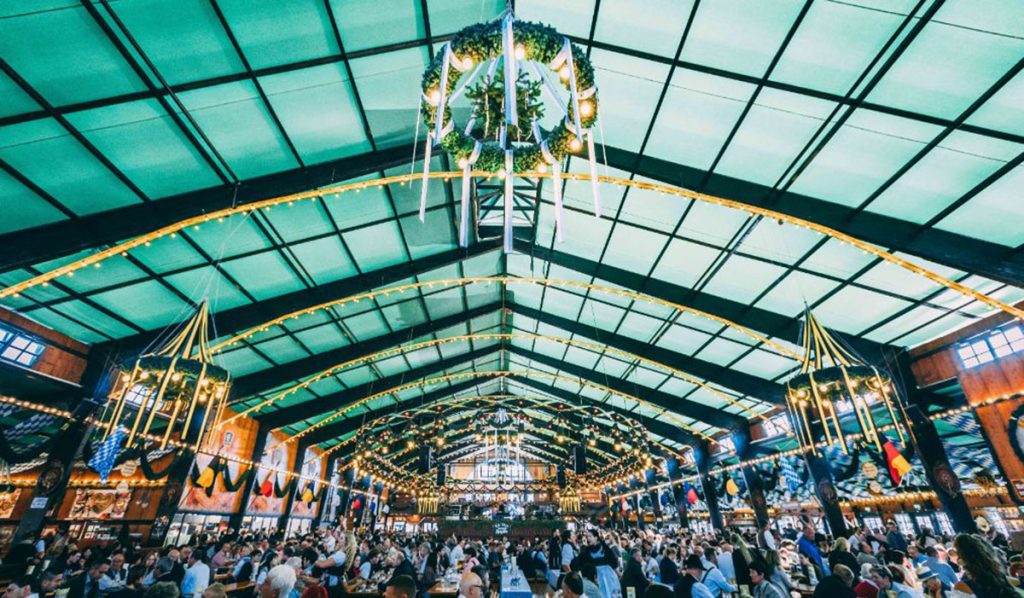 Plenty of events around the world to see and participate in this September.
Thursday, September 12, 2019 By Editors

There is plenty to see and do this month whether you are looking forward to a jolly good time during the Oktoberfest, catching the exciting Rugby World Cup or staying up to date with the latest fashion at Milan Fashion Week.

There is no better way to experience the authentic Bavarian culture than spending a day at Oktoberfest, the worldâ€™s largest beer festival and travelling carnival held annually in Bavariaâ€™s capital. Originally celebrated by Munich folks in 1810 to toast the marriage between King Ludwig I and Princess Therese on the fairground of Theresienwiese, the festival is now simply called the Wiesn and is greeting its 186th anniversary this year. Whether it is joining the traditional costume parade from Munich city centre, going for an amusement ride on the century-old â€˜Kettenflieger Kalbâ€™ at the Oide Wiesn, or simply making yourself part of the teeming crowd in the countless beer tents, there is always a way for amusement at the Oktoberfest.

Fulfil your wanderlust and sports craze in a single swoop with the 2019 Rugby World Cup hosted in the land of the rising sun, the tournamentâ€™s first time in Asia. Hosted across 12 stadia in Japan, spectators will be following through the quadrennial event while traversing the country, from the northern capital of Sapporo to Kumamoto in the south to witness 20 nations vying for the Webb Ellis Cup. Named after William Webb Ellis, the inventor of rugby football, the tournament was first held in 1987 and has so far been won by New Zealand, Australia, South Africa and England. The 9th Rugby World Cup will start with the Opening Ceremony scheduled on 20 September in Ajinomoto Stadium, Chofu, followed by the pool stage on the same day and the final on 2 November in Nissan Stadium, Yokohama.

Converging arts from the East and West, the largest annual art fair in Turkey welcomes its 14th edition this September, gathering contemporary artists, galleries and collectors across the globe. Expect a fresh perspective with French independent curator Anissa Touati joining the team this year with a vision to unify the past and present of the Mediterranean basin. Visitors may experience the blending of culture and digital arts at the Plugin Istanbul section, or enjoy the retinal banquet of freshly acquired artworks selected from 40 Turkish private collections at the â€œRecent Acquisitions I/ Collectorsâ€™ Storiesâ€ exhibition. CIâ€™19 will also coincide with the 16th Istanbul Biennial and the reopening of Istanbulâ€™s renowned art space, Arter, making it an unmissable experience for all art lovers.

Spicing up the month of September is Milan Fashion Week Spring Summer 2020, the third stop of the global â€˜Big Four Fashion Weeksâ€™ after New York and London. With a history that extends over 6 decades, the event organized by the National Chamber of Italian Fashion since 1958 floods Milan twice a year with fashion enthusiasts and creative geniuses of the women’s fashion industry. Apart from feasting their eyes on the runway shows, participants can also visit the Fashion Hub Market where budding new designers picked by the chamber present their ready-to-wear designs to the world. Setting it apart from former years, Milan Fashion Week S/S 2020 will also celebrate the 10th Anniversary of Vogue Talents with a bonus exhibition at Breraâ€™s Palazzo Cusani on the 20th and 21st, displaying the creations of 70 designers who have participated in the talent scouting program in the past decade.