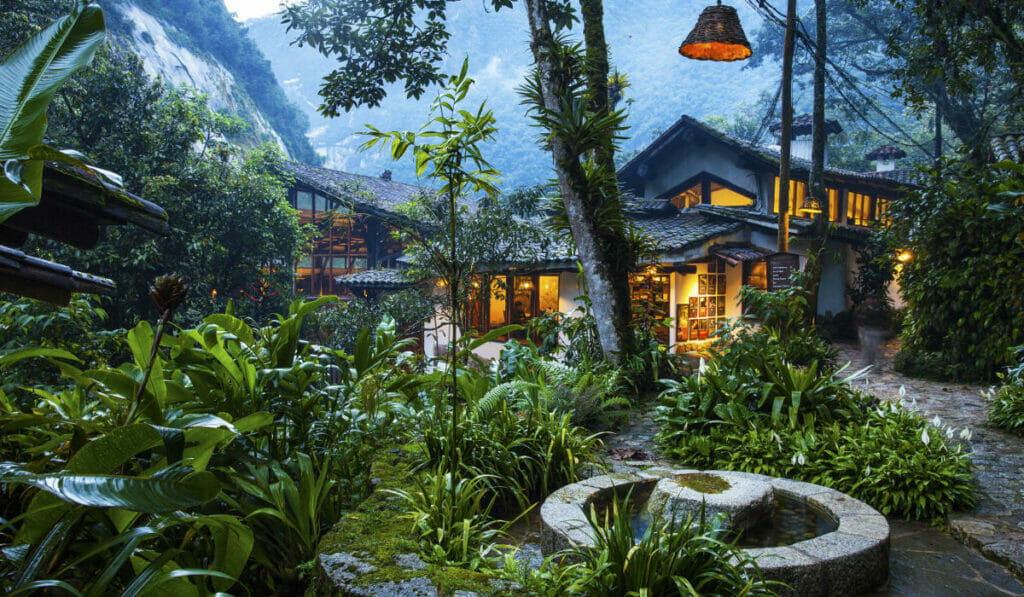 Feel good while doing good at your next luxurious getaway at these eco-conscious resorts that put a spotlight on sustainability.
Friday, November 10, 2017 By Kirat

After disembarking a train into the green folds of the Peruvian Andes and crossing the Urubamba River Valley, you arrive at the sanctuary of the Inkaterra Machu Picchu Pueblo Hotel. The low-slung colonial-style buildings, rough cobbled footpaths and jungle setting is home to 372 native orchid species, more than 200 kinds of birds and 111 species of butterfly, with trails looping through the forest right at your doorstep.

The brainchild of ecotourism company Inkaterra, conservation is built into the spirit of the hotel: recycling is routine, hydropower provides renewable energy, 10 acres of organic gardens supplies food and, most impressively, the Andean Bear Rescue Center, located within the grounds of the hotel itself. The only bear species native to South America, the Andean, or spectacled, bear, has seen its number dwindle alarmingly over the decades. Working with the Inkaterra AsociaciÃ³n (ITA), the centre works to rescue and rehabilitate the bears with the goal of returning them to the wild and maintaining the balance of the forest ecosystem.

Once the rescued bears arrive, theyâ€™re monitored for health and behavioural abnormalities, and given proper medical care along with a diet mainly based on fruits and bromeliads akin to nutrition received in the wild. Soon after, theyâ€™re transferred from the captivity zone to the semi-freedom area, where thereâ€™s space to roam about before deemed healthy enough to be released back to the Andean jungles. The Andean Bear Rescue Center is currently home to four Andean bears (two males and two females), who each receive individual care.

Get your paws up with the jewels of the Andes at inkaterra.com