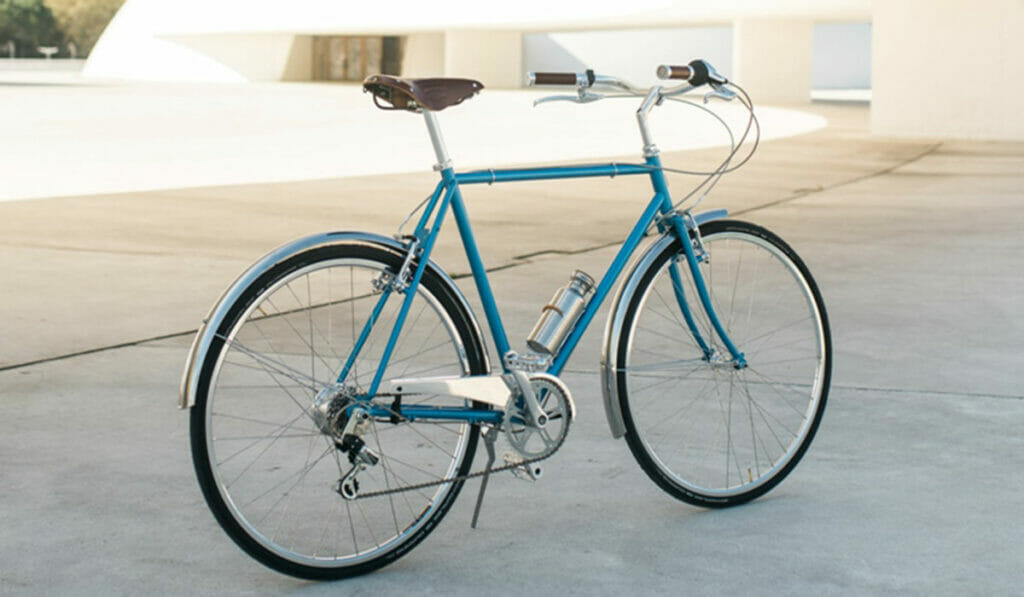 New technology within a classic bicycle from Capri brings style and functionality together.
Thursday, November 28, 2019 By Jx Chong

In the search for cleaner and carbon-free methods of transportation, the solution forward may actually lie in the past. The humble bicycle may have been invented in 1817, but Italian Italian bicycle maker Capri is planning to launch a new range of electric bicycles (e-bike) that look strikingly similar to a traditional pedal-powered bicycle.

Oozing with class, the e-bikes are inspired by vintage French bicycles from the late 1970s but with a modern twist in the form a rear-wheel motor and 6.8ah battery that gives its user a pedal-assisted drive range of 40km.

Nearly everything about the Capri e-bike is about subtlety as it really looks just like a regular bicycle. This includes cleverly hiding the above-mentioned battery within a metal container that looks just like a metal water bottle. Even the rear-wheel motor is very slim in profile but it retains some clever modern features such as a discreet battery display on the handlebar.

According to Capri, the e-bikes are all manufactured in Europe and features components such as leather saddles made by Brooks England. Even the colour range is inspired by the colours of classic 1970s cars.

These e-bikes are easy to customise so riders can show their unique personality and style. Adding to that, they are easy to transport as they are lightweight, weighing less than 17.5kg in total.

Capri plans to release two variants of e-bikes: the Metz and the Azur with the main difference between the models being the former has a top tube frame while the latter has a retro-style mixte frame.

Capri expects to ship the e-bikes by April next year. Prices start from MYR8,612 and go up to MYR9,979. Capri currently is running an Indiegogo campaign with a limited number of the e-bikes sporting prices that slashed close to 50% off while stocks last.