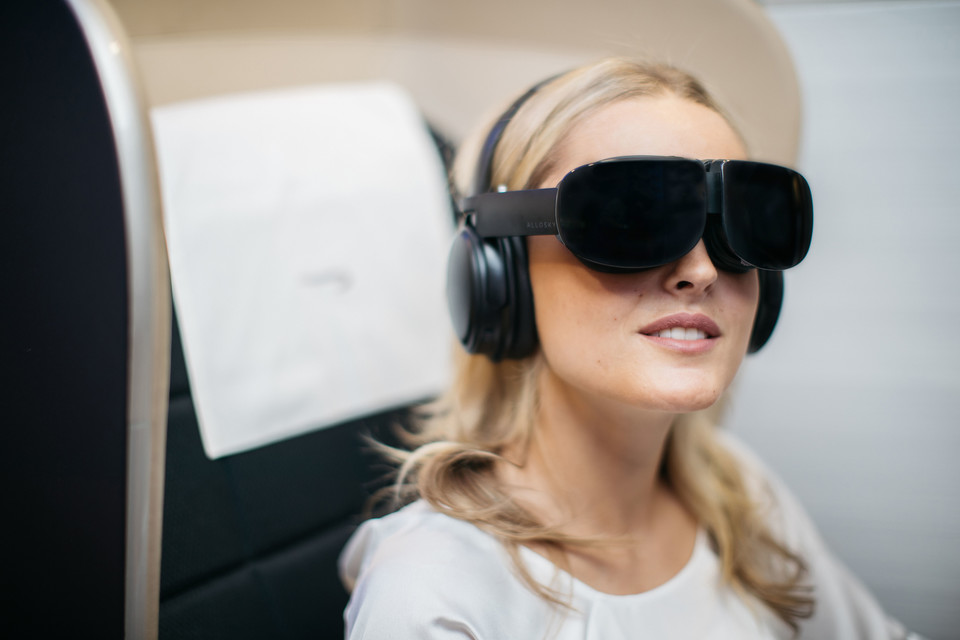 A first class experience that offers your personal 3D cinema in the sky.
Thursday, August 29, 2019 By Jx Chong

How would you like to experience watching your favourite movies on a massive screen while you are a flight? That may sound impossible but British Airways is elevating the entertainment experience of passengers using Virtual Reality (VR) on selected BA117 flights from London Heathrow to New York JFK from now until the end of 2019.

Akin to having one’s own personal 3D cinema in the skies, passengers use VR eyewear specialists, SkyLights to fully immerse themselves and enjoy award-winning films, documentaries and travel programmes in 2D, 3D or 360Â° formats. The experience even works when they are lying fully flat.

According to British Airway, apart from using the VR headsets for pure entertainment purposes, the airline has worked with experts to select a range of therapeutic programmes, including guided meditation and sound therapy, specifically designed for customers who have a fear of flying.

British Airways is not the first airlines to offer its passengers a chance to enter the world of VR. In fact, other airlines like Qantas, Lufthansa and Japan Airlines have offered similar experiences.

But the question remains if you should really block yourself off from the first class experience that you pay top dollar for? Only time will tell if this experiment with VR will be adopted by first class clientele and be adopted by more airlines around the world.