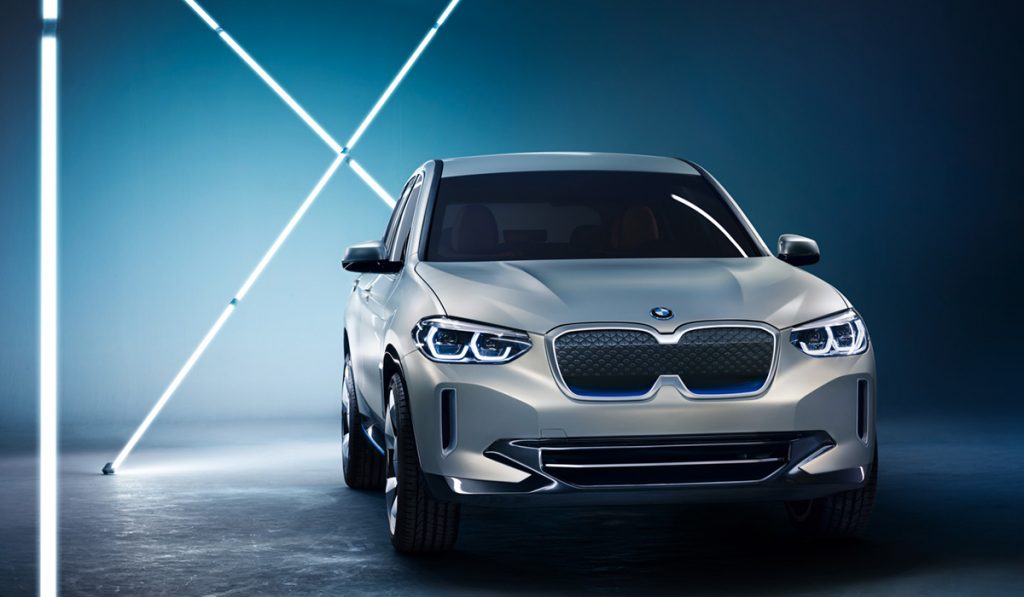 BMW pushes forward with its electrification strategy with the introduction of the iX3.
Friday, December 27, 2019 By Jx Chong

BMW is finally taking its iX3 to the production line next year in an effort to expand its line up of electric vehicles. This will be the first full-fledged Sports Activity Vehicle (SAV) from the German automaker to be driven purely by electric power.

Though the new iX3 will feature a facial design, one that is quite similar to its conventional gas-powered cousin the X3, it will feature sleeker lines and a larger kidney grille with a hint of electric blue accents.

For the iX3, BMW said it has completely redeveloped the drive system and high-voltage battery unit while balancing the weight, range and offering greater efficiency.

Powering its new all-electric SAV will use its new fifth-generation eDrive technology, which starting from 2021 will also be deployed in the BMW i4 and BMW iNEXT.

BMW claims the motor will deliver 286 horsepower and offer a range of more than 440km, which is based on Europe’s WLTP testing cycle.

Introduction of the iX3 will expand BMW’s line up to range from conventional petrol and diesel engines as well as new age plug-in hybrids and all-electric vehicles.

Sales of the BMW iX3 is expected to start in the early part of 2020 with most the models produced for the world market by the joint venture BMW Brilliance Automotive in Shenyang, China.