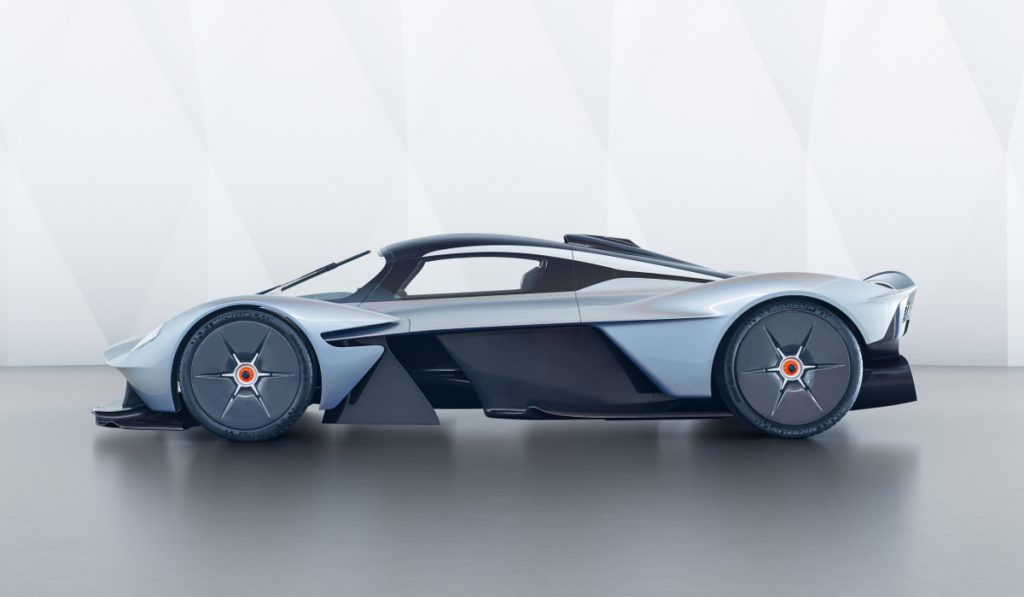 When you look at the Aston Martin Valkyrie youâ€™ll inevitably ask yourself the question: why would I want a car that has just enough room to fit only two adults of average size? Then you look at its numbers and go, oh, thatâ€™s why.

The Valkyrie hypercar was first unveiled back in July 2016 and represents a collaboration between Aston Martin and Red Bull Advanced Technologies. Everything about this car was built in the pursuit of uncompromising performance.

The look of the car is akin to something out of the future and the reason for that is aerodynamics. The contours, Venturi tunnels, that perfectly smooth layer of lacquer over the paint and just about everything on the carâ€™s exterior was designed to minimize drag and increase downforce.

Then comes the weight reduction measures on the Valkyrie. The cockpit is bare minimal with practically only seats and the steering wheel left in there. Even the headlamps are specially designed with the low and high beams attached directly to an intricate exposed anodised aluminium frame which makes them 30-40 per cent lighter than the lightest series production headlamps available to Aston Martin. And just to demonstrate just how seriously they take weight reduction, even the classic Aston Martin â€˜wingsâ€™ badge was considered too heavy and so they replaced it with a chemical etched aluminium badge just 70 microns thick. Itâ€™s 99.4 per cent lighter than the regular enamel wings badge in case you were wondering.

Now, strap in a 6.5-liter naturally aspirated V12 engine along with an electric motor and you have a surplus of 1,000 horsepower at your disposal. And somehow, Aston Martin plans to make all of this, road legal. Oh yes, if all goes well, youâ€™ll be able to drive on public roads with this beast of a car. And once youâ€™ve parked, the steering wheel is detachable just in case youâ€™re worried about someone stealing it.