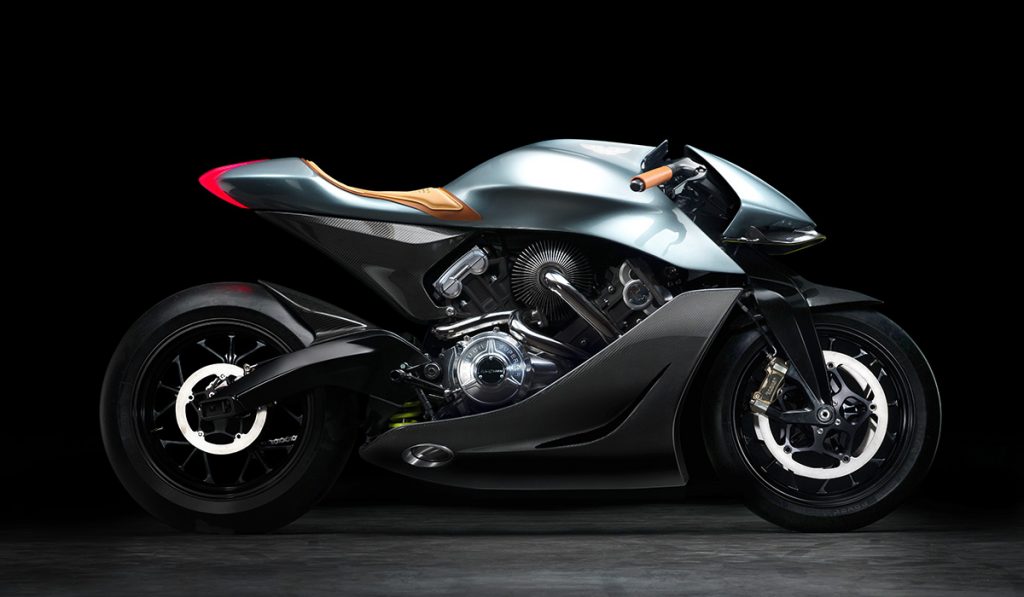 The carbon-fibre motorcycle is the first collaboration between Aston Martin and Brough Superior.
Thursday, November 14, 2019 By Jx Chong

When you think of the brand Aston Martin, you would immediately associate the British automaker to high-end sports cars. On Nov 5, that changed when it revealed its first motorcycle the AMB 001, created in partnership with English motorcycle-builder Brough Superior at the Milan Motorcycle Shows.

The cutting-edge motorcycle is said to be a proud achievement for the 106-year-old company though the AMB 001 is not alone as other luxury brands have placed their brands on non-car products like watches and even yachts.

Using their know-how in building high-performance cars, Aston Martin is applying this same expertise to craft a truly beautiful motorcycle that it deems as an engineering work of art. The first collaborative project between Aston Martin and Brough Superior has resulted in a unique, modern, lightweight and powerful sports bike.

Interestingly, the AMB 001 takes some inspiration from Aston Martin’s new series of mid-engined cars like the Vanquish, Valkyrie and AM-RB 003. Aesthetically, the motorcycle features a combination of paint and bare carbon fibre that accentuates its lines.

One other design aspect derived from Aston Martin cars is the beautifully accented carbon fibre fin that runs along the full length of the tank, passes under the saddle and out to the rear thus creating a flowing form along the top of the motorcycle.

There are also other subtle details that enhance the AMB 001 is the hand-stitched saddle, made of Oxford Tan leather pads and handcrafted leather handlebar grips.

In terms of performance, the AMB 001 has a turbo-charged output of 134kW (180hp). Do take note that the AMB 001 is not street legal and can only be brought out on the race track.