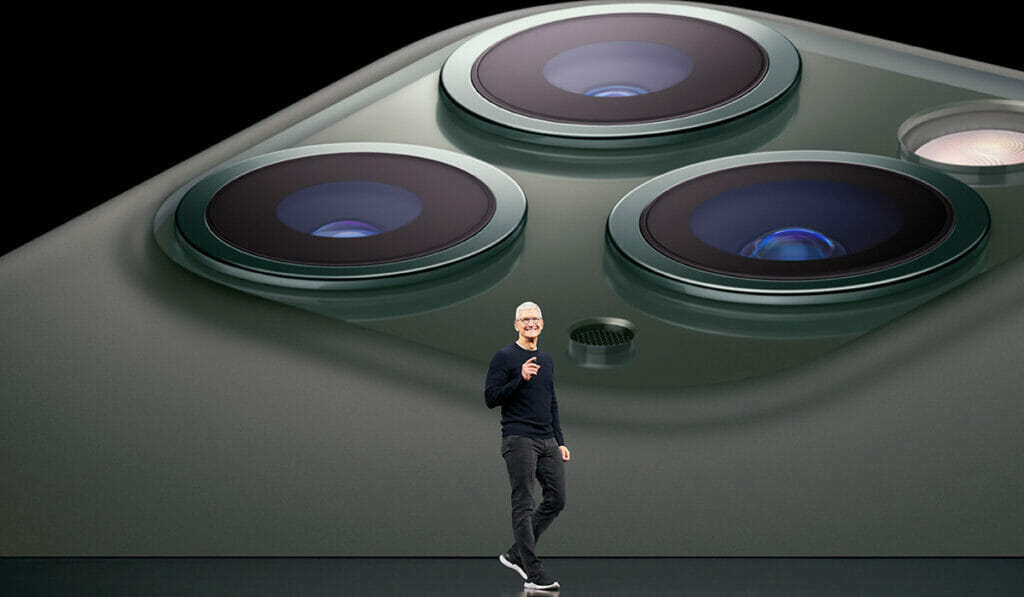 Apple has taken the wraps off its new iPhone 11 line of smartphones.
Wednesday, September 11, 2019 By Jx Chong

After months of anticipation, Apple has finally announced a fresh new line of iPhones for 2019 with three new models: the iPhone 11, iPhone 11 Pro and iPhone 11 Pro Max.

Though the new iPhone 11 models largely resemble the iPhone X on the outside, there are some design changes such as larger screens, smaller bezels and the complete removal of the home button on all models. Flip the phone around and you will see the biggest difference in this year’s models: the camera.

Indeed, the leaks were right on the money as the cameras are all amassed around a square camera hump, a growing trend considering competitors like Google and Huawei have opted for similar designs.

The back glass on iPhone 11 is precision milled from a single sheet of glass — the toughest glass ever in a smartphone.

iPhone 11 advances the most popular smartphone in the world with meaningful innovations that touch areas customers see and use every day.

Last year’s iPhone XS and XS Max had two cameras with one taking standard wide shots while the other was a telephoto camera. This year’s new Pro models add an additional 12-Megapixel ultra-wide camera (which also happens to be added to the iPhone 11) that allows you to capture more scenery without having to take a step back.

The new 12-Megapixel telephoto lens also is able to take in more light, resulting in brighter photos. The combination of the three cameras offers greater flexibility to users as it allows them to take wide or zoomed shots with ease.

Apple has also added new features to the cameras including a high-resolution mode called Deep Fusion that merges photos taken from all three cameras into a single high-quality image. There is also the much-requested NightMode that helps users snap clear photos even in the dark.

Not forgetting selfie lovers, the 12-Megapixel front camera sports improvements too allowing users to grab wider shots by tilting the phone to landscape and enabling the camera to capture slow-motion selfies, which Apple calls “slowfies”.

So enough about cameras, across the board the new iPhone 11, 11 Pro and 11 Pro Max come powered by Apple’s new A13 Bionic processor, that is claimed to be 20% faster than the previous model. Though not immediately seen in practical day-to-day use, Apple claims that the more powerful processor will enhance the phone’s ability to analyse photos and videos as well as achieve greater levels of productivity.

Apart from the extra camera on the Pro model, the other major differentiator is the screens on the devices. The two Pro models will use Apple’s Super Retina OLED screens that boast greater contrast and brightness. The iPhone 11 Pro will have a 5.8-inch display while the iPhone 11 Pro Max will sport a 6.5-inch display, with support for HDR and Dolby Vision compatibility. Meanwhile, the humble iPhone 11 meanwhile will feature a 6.1-inch Liquid Retina Displau.

In terms of pricing, Apple announced that the new iPhone models will arrive in Malaysia on 27 September, just one week after the US market.