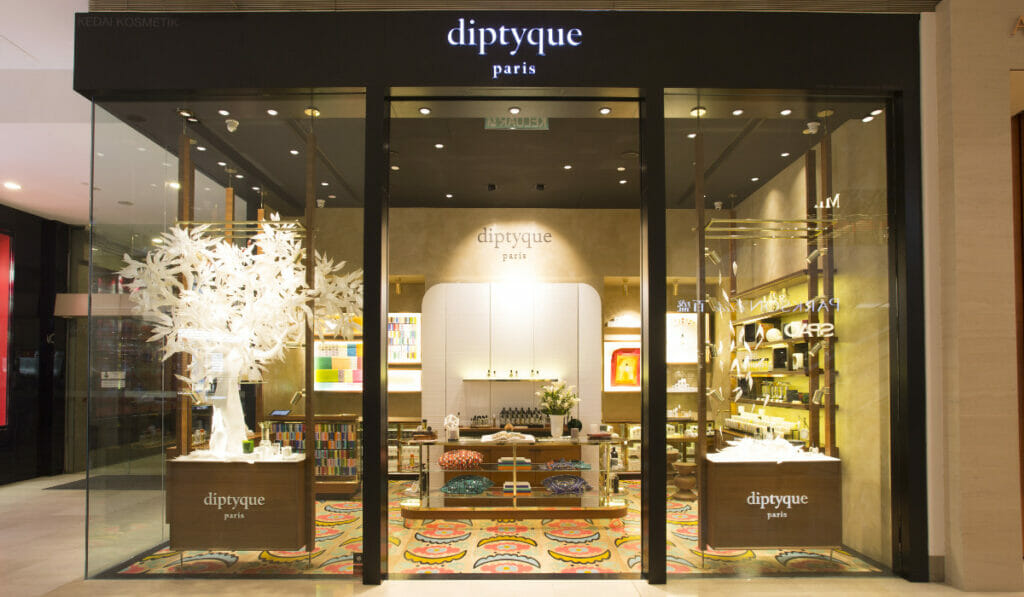 Itâ€™s about time that the marvelous scents of Diptyque found its way onto Malaysian shores and it has made its home in a cosy little corner within Pavilion Kuala Lumpur.

Just as the original store at 34 boulevard Saint-Germain, Paris had two windows resembling two panels of a painting â€“ a â€œdiptychâ€ (or diptyque in French, which is what the brand was named after) â€“ the newly opened boutique in Pavilion also offer the same two ample glass windows as a tribute to the brandâ€™s origins.

Stepping through Diptyqueâ€™s doors, visitors are greeted by the heady smells and are treated to a perfume-discovery ritual. The store stocks everything from scented candles to diffusers, perfumes and body care products, bound together by the olfactory system. The scent is the thing that binds everything together in Diptyque.

Whatâ€™s fascinating about the store, and most other Diptyque boutiques around the world for that matter, is that each new branch of the French maison tries to infuse a little bit of local culture within its walls. For the store in Kuala Lumpur, the furnishings are made from native Malaysian teak and ebony while the wood parquet floor was inspired by batik. It is almost poetic how they chose to emulate batik designs; what other traditional Malaysian craft is so heavily dependent on wax?

Just in time for the launch of this new store, Diptyque also launched their new Winter Collection 2017 candles with three dedicated scents: Frosted Forest, Fiery Orange and Incense Tears. The candles are part of a new collaboration with French street artist Philippe Baudelocque.