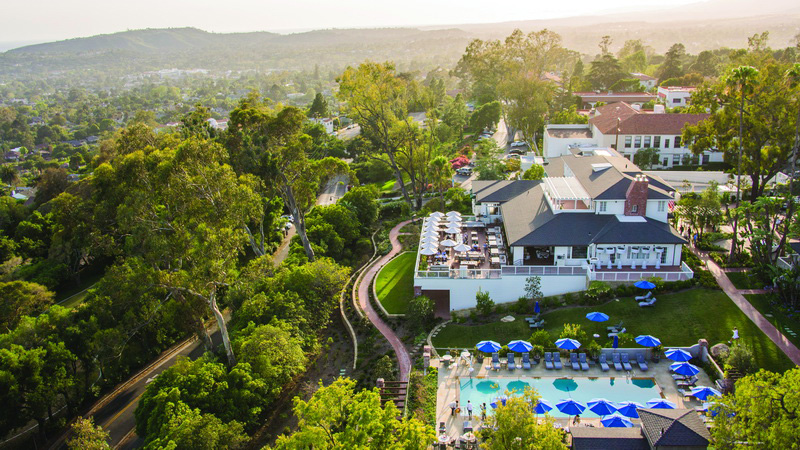 Exquisite hotels that you need to add to your list of places to visit immediately.
Tuesday, August 13, 2019 By Editors

If you are experiencing wanderlust, do not fret as we have compiled a list of four hotels that just might serve as the perfect retreat from society. So with that here are the hotels you should check into this month.

DARLING OF THE SILVER SCREEN

Serving as an escape for Hollywood’s famous stars and legends, Belmond El Encanto is celebrating its 101st anniversary with a series of romantic events that throwback to the golden age of the silver screen. Located on the iconic Highway 101, one of the events allows for guests to take a road trip from the hotel down to the American Riviera and visit Santa Barbara behind the wheel of a Porsche Speedster or a 1956 Ford Mustang. Movie aficionados will be pleased to know that throughout the summer months, a reel of California favourites will be played outdoors that the whole family can enjoy. Inspired by the glamorous history of the hotel comes a special cocktail menu with vintage libations served along the poolside. Finally, bespoke picnic baskets can be prepared by the hotel chef which includes a variety of locally-sourced treats such as homemade chocolate candies and gourmet popcorn, ideal for guests who yearn to roam around the Golden State and soak up the rays.

QUAY TO YOUR HEART

To co-live, co-work and co-play in harmony is the motto the Quay Perth Hotel brings to Elizabeth Quay with a thriving vibe meant for modern-day Western Australians and their guests. The 80-room boutique hotel designed by Western Australia’s leading interior designers and local architecture company, Alda Consultants, incorporates Western Australian elements in the space through the use of material local to the Perth landscape. As part of Quay Perth’s multi-million-dollar redevelopment plan, the hotel features amenities that both guests and non-guests can use. From the rooftop eatery, HQ Bar & Kitchen, that serves up Australian wines, craft beers, and a modern Chinese-inspired menu, to the sidewalk restaurant, Community at Quay, which connects the riverfront of Esplanade to the hotel’s lobby through an outdoor terrace, as well as a coworking space known as LEVEL NINE, with a 24/7 operation system that shows off a 180 degree view of Swan River and Elizabeth Quay.

The French Quarter Inn located in Charleston, South Carolina delivers the best of Southern charm with a romantic twist. An elegant affair housing 50 combined rooms and suites, the focal point of the hotel is focused on providing memorable high-quality experiences. A true ‘home away from home’ affair, the French Quarter Inn remains at the forefront of their competitors by providing around the clock services from champagne upon check-in, to complimentary artisanal breakfast, turn-down milk and cookies service as well as complimentary vintage bicycle rentals. One can also join the hotel’s hands-on Gullah-Geeche culinary experience with Gullah culinary expert Chef Benjamin Dennis.

A DAY AT THE RAFFLES

A 72-storey high rise standing strikingly against the Shenzhen skyline, the newly launched Raffles Shenzhen takes centre stage as the recent expansion of Accor Greater China. Located in One Shenzhen Bay, Raffles Shenzhen joins the 130-year-old portfolio of The Raffles name with its original predecessor in Raffles Singapore. The epitome of contemporary, class and renowned acclaim, Raffles Shenzhen boasts a Sky Concert Hall, acknowledged and certified as the highest music hall in the world, a car showroom, international clubs, a roof helipad as well as Raffle’s brand residence and an office space alongside the 5-star hotel. A hotel with 168 guestrooms and suites designed by Koh Pederson Fox Associates (KPF), guests can come to expect a daring mix of Chinese cultural elements and coastal views as well as scenic sights of the Shenzhen Bay and Hong Kong laid out for their aesthetic pleasure.