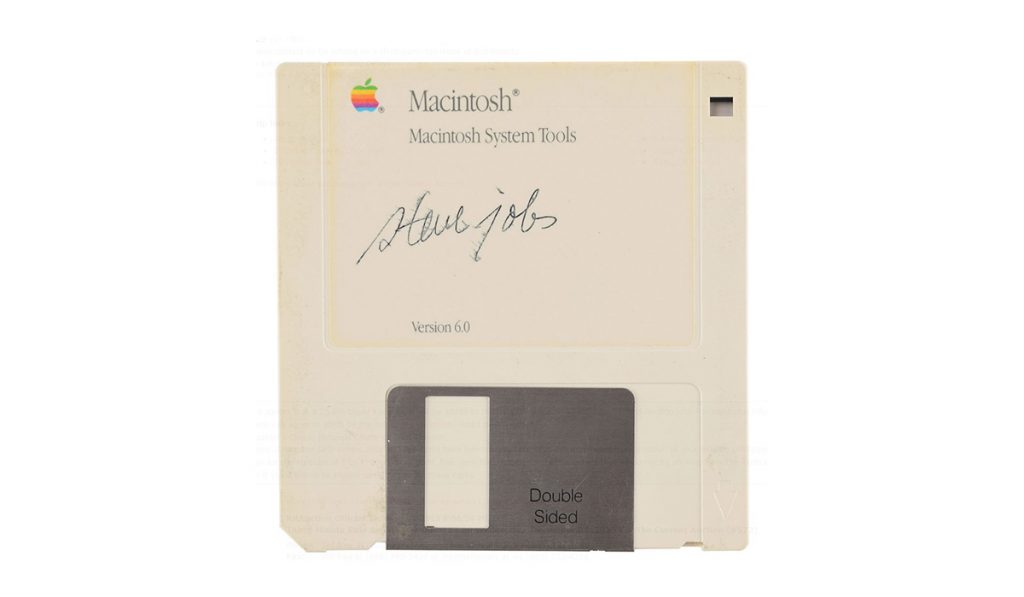 The late Apple co-founder was notoriously reluctant signer though Jobs made an exception for this item.
Tuesday, December 3, 2019 By Jx Chong

How much would you pay for a piece of history? If the answer is over USD8,000 then you are in luck because a floppy disk signed by Apple co-founder Steve Jobs is up for sale on RR Auction.

According to the auction site, the Macintosh Systems Tool Version 6.0 floppy disk, circa 1988, features Jobs signature, signed with a black felt tip. Though the signature itself is ever so slightly smudged, the signature of the man who introduced the iPhone in 2007, is nevertheless very desirable and rare given the fact that he was a reluctant signer and often declined to comply with the request of collectors.

The fact that this signature is on a Macintosh floppy disk is very fitting in itself given that this is a piece of Apple’s history and it captures Jobs’ penmanship. The late Apple co-founder, who passed away in 2011 due after a prolonged battle with Neuroendocrine Cancer, had shown much interest in calligraphy from his time in Reed College and attributed it to the Mac computer’s use of multiple typefaces and proportionally spaced fonts.

Considering that an original Toy Story poster, featuring Job’s signature sold for over USD30,000 in September, this piece of memorabilia doesn’t seem as expensive in comparison.