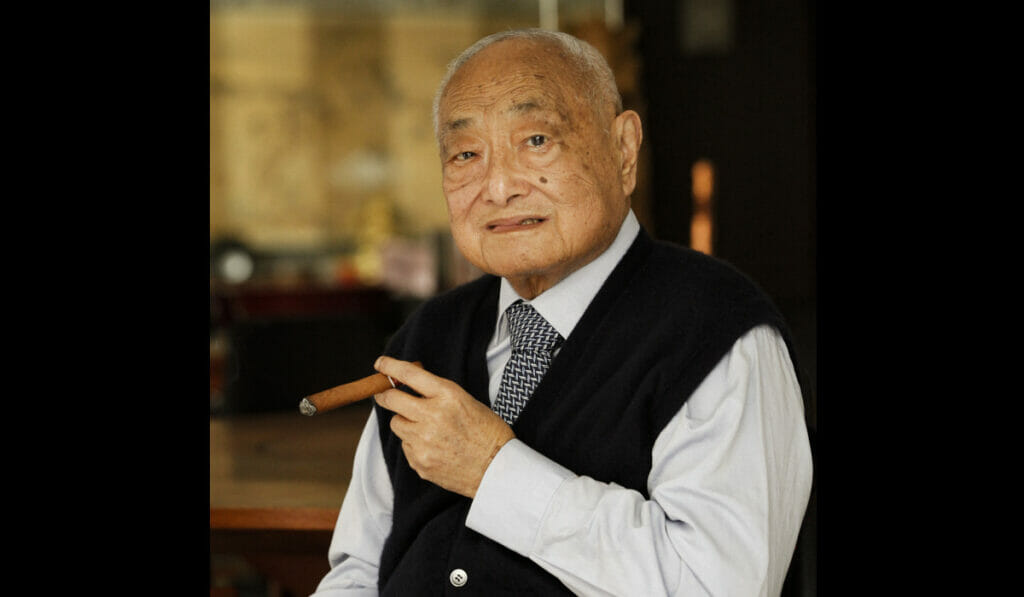 Tan Sri Frank Tsao Wen-King, Chairman of IMC Group of Companies and Founding Chair of Suntec City Development, passed away earlier this week on the 12th of August at the age of 94 years old. A pioneer in the shipping field, the Shanghai-born entrepreneur is hailed as the creator of modern Hong Kong and Singapore, where he last resided.

In Malaysia, Tsao played a major role in building the nation’s first shipping line, the Malaysian International Shipping Corporation Bhd (MISC), in 1968 together with Robert Kuok, who sought Tsao out on counsel from the Malaysian government. In 1973, he was awarded the title of Tan Sri by the Yang di-Pertuan Agong at the time, in recognition of his contributions to the country which included establishing the nation’s public shipping body, investing in the first shipyard, setting up the seaman’s training institute as well as modernising the country’s maritime legal framework. Tsao also holds a Malaysian citizenship.

Tsao read economics in Shanghai’s prestigious St. John’s University and started his career in the fields of banking, transportation and international trade before moving to Hong Kong in the 1940s. There, he ventured into shipping and set up the Great Southern Steamship Co. Ltd in 1949 with just a single coal-burning ship in his fleet. His company grew into a shipping conglomerate with the founding of International Maritime Carriers (IMC) Ltd. in 1966, now known as the IMC Group and headed by his son Chavalit Frederick Tsao.

Based in Singapore, IMC Group now controls a much bigger and more diverse fleet of ships that include bulk carriers and tankers. Tsao was also a founding member of Suntec City Development, a venture by Hong Kong’s biggest tycoons that has gone on to build several landmark properties including Singapore’s Suntec City Mall.

Tsao was also known for his philanthropic spirit, often giving back through education by funding maritime research and development, nurturing future talents through scholarships in universities in Dalian, Hong Kong, Qingdao, Shanghai and Zhoushan. He also set up the Centre for Maritime Studies at the National University of Singapore in 2005.

For his contributions to public service and the maritime industry, Tsao was the recipient of several accolades around the world including the Silver Bauhinia Star from the Hong Kong government and Singapore’s Honorary Citizen Award.

The Peak Malaysia sends our sincere condolences to the Tsao family for this great loss.