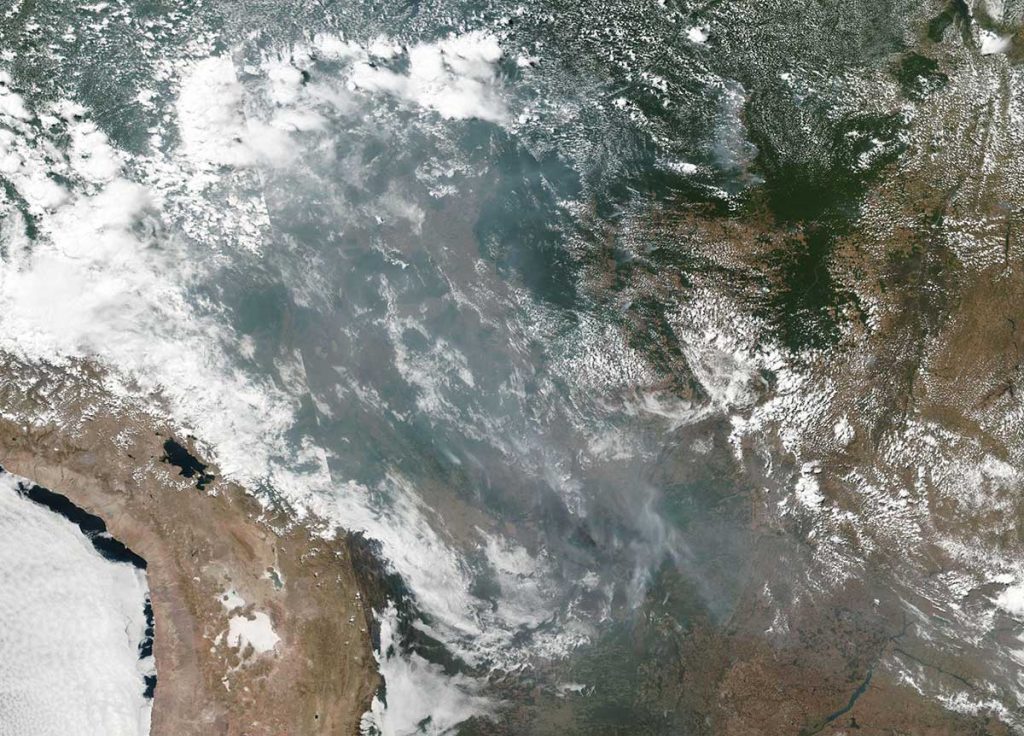 The raging forest fires in the Amazon look terrifying even when viewed from space.
Friday, August 23, 2019 By Mindy Teh

NASA (National Aeronautics and Space Administration) released a disturbing image on Tuesday showing the raging fires in the Amazon rainforest from space. The image was taken via the National Oceanic and Atmospheric Administration and National Aeronautics and Space Administrationâ€™s weather satellite. While the photograph shows smoke and fires encompassing Brazil’s Amazonas, Mato Grosso and Rondonia states, its impact on the world is far greater. The Amazon rainforest contributes to 20% of the world’s oxygen and the world now braces for the environmental setback it will cause.

No less than the likes of France President, Emmanuel Macron, has taken to Twitter to express his horror and concern:

What is even more horrifying is that the effects of these horrific forest fires are far-reaching. Winds have carried the fire’s choking black smoke as far as SÃ£o Paulo, Latin America’s biggest city, which is 2,700km away, plunging the city into darkness during the day.

This has prompted UN Secretary-General Antonio Guterres to respond.