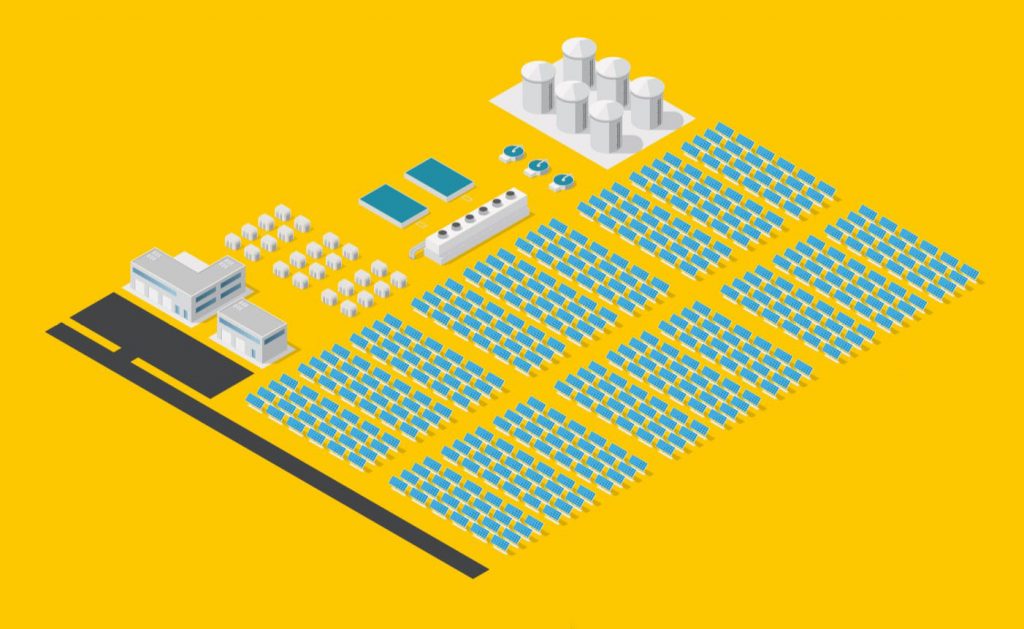 There is a renewed buzz around the growth surrounding renewable energy solutions.
Monday, November 18, 2019 By Neda Al-Asedi

Within the past year, there has been growing interest around the adoption of renewable energy in the nation, and as the race against irreversible climate change progresses, it has come just in time. The Ministry of Energy, Science, Technology, Environment and Climate Change played a part in this renewed interest in investing in sustainable solutions through the implementation of new systems and policies in order to push the nation towards the goal of generating 20 percent of our total energy through renewable energy sources by 2025.

â€œCurrently, four percent of the countryâ€™s energy comes from renewable sources like solar, small hydro, biomass and biogas. Four percent is not impressive enough. It needs a lot of education and awareness in order to get the market to really understand what renewable energy is. We need to convince the whole industry to change their mind from traditional energy to renewable energy, so it takes time. Right now actually the progress is much better, I think itâ€™s improving and going in a positive way but we still have a way to go to fully utilise our natural renewable resources,â€ says Ko Chuan Zhen, the CEO and co-founder of Plus Solar Systems, one of the nationâ€™s leading total solar energy solutions company.

With more than ten years of experience in the solar power industry, Ko was one of the early players that paved the way for solar energy generation in Malaysia. He went on to found Plus Solar Systems in 2015 and it quickly grew to where it is today.

â€œWhen we started, the whole industry was pretty new and no one was aware about solar energy. People had a lot of doubts about policies and whether solar is something reliable. We spent a lot of time educating the market, and the banks as well because without financing plans, it would be difficult to run a solar generation project. The banks needed more information, like full case studies and success cases for them to be convinced. We also convinced a lot of industry players including authorities and policymakers in the government. We spoke of the obstacles in the market, the problems we faced and that the policies in place werenâ€™t able to stimulate the marketâ€™s interest to invest in solar power. It was really hard and we spent a lot of time on education and also making sure to support, as an industry player, the whole ecosystem,â€ he shares.

Today, adoption rates are higher the world over as prices continue to fall. Locally, the introduction of an improved net energy metering (NEM) programme and more regulated solar leasing makes adoption of solar technology more attractive for domestic and commercial account holders across the nation. The new NEM programme came into effect earlier this year in January and allows for excess generated energy to be offset on a one-onone basis with credit roll over for up to 24 months. So not only will the average consumer save more on their monthly electricity bill by consuming less energy from the grid, households will also enjoy long term financial benefits. For business owners with commercial buildings, the savings are even bigger, not just financially, but also in terms of heavily reduced carbon emissions.

So, why has it taken so long for us to fully commit to a feasible renewable energy target here? For Ko, the reliance and low tariffs on traditional energy sources is a key reason. â€œIn order to push renewable energy to the mass market and become a mainstream energy source, it needs a lot of government initiatives and policies because the energy & power industry is highly regulated. The technology, resources and market regulation are very fixed to our traditional energy sources. So the transition will take a long time because if weâ€™re too fast, too aggressive when the market and ecosystem is not ready then it will only make things worse. Some people will lose their trust if the implementation is not planned well. I think in Malaysia, we are slow and steady.â€

â€œThe biggest obstacle is the fact that we enjoy one of the lowest electricity tariff rates in the world. Itâ€™s something we all appreciate, but at the same time, it means it takes a longer period for the price of solar energy to drop to grid parity level. Solar generation is there, but storage wise, we have a way to go. Maybe it will take another three to five years for the price to drop to grid parity,â€ he adds.

Grid parity is the level at which the price of energy generated from an alternative power source matches or is less than the price of electricity from the grid. And it seems Ko is right, as the most recent round of bidding for a tender in the governmentâ€™s third Large-scale Solar project, dubbed LSS3 and aimed for the year 2021, saw a historic low at 17.77 cents per kWh, lower than the 23.22 cents per kWh on natural gas sources, a beating other forms of renewable energy by several cents. This bodes well for the future of renewable energy, and it makes solar energy much cheaper to generate over traditional sources. Bidding for LSS3 closed in mid-August, and more LSS projects are expected as the government moves towards their renewable energy goals.Â  So, we know that the current goal set for 2025 is possible, but will we ever reach a stage where weâ€™re able to rely fully on renewable energy? â€œAs an alternative energy source, it needs to work with other sources of energy because [renewable energies] rely heavily on the weather. So to meet the demands of the baseload, there has to be a more stable energy source mixed together. Since natural gas is considered a relatively clean energy source, the mixture of natural gas with solar power is a good combination for the country,â€ explains Ko.

As the price of photovoltaic cells and solar technology drops with newer advancements to make it more efficient, prices for renewable energy will get even lower in the future. The nation might grow to have most of our energy generated through solar power. As Ko succinctly summarises, â€œItâ€™s all a matter of time.â€

So how does light from the sun get harnessed and collected? It all comes down to the photovoltaic (PV) cells, the small semiconducting sheets that make up what we know as solar panels.

â€¢ PV cells are commonly made of silicon, a semiconductor that is mixed with other elements to make it more conducive in certain situations.

â€¢ Silicon is sandwiched between two conductive materials and uses two types of silicon (commonly mixed with phosphorous and boron respectively) to create a top N-type layer that is negatively charged and a bottom P-type layer carrying a positive charge.

â€¢ When sunlight hits the PV cell with enough force, an electron is displaced from its bond, allowing it, and the space, or hole, that it leaves behind, to move freely.

â€¢ Based on the path of least resistance, the electron will travel to the top N-type layer, while the hole travels down to the P-type layer. â€¢ When a wire connects the two layers and completes the circuit, electrons flow from the N-type layer towards the P-type layer, generating a direct current electrical charge.