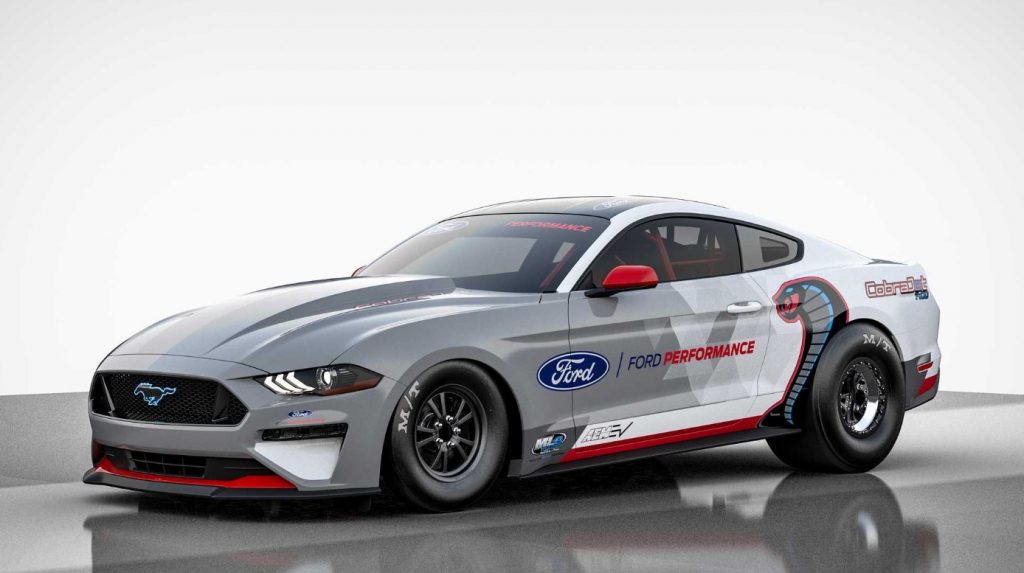 Just last week on April 23, Ford unveiled the surprise electric reinterpretation of its historic Mustang muscle car! And no, we’re not talking about the Ford Mustang Mach E electric SUV announced in November last year either…

Instead, the new car we’re all excited about this time around is, in fact, the Ford Mustang Cobra Jet 1400 performance EV – perhaps a more fitting set of wheels to carry on such an iconic name by a long shot!

The project is a collaboration with racing car builders MLe Racecars, along with electric powertrain specialists Watson Engineering and AEM EV. Ford says that its brand new, electrified Mustang Cobra Jet 1400 prototype will make a public debut at a drag racing event later this year. At that point, the company claims that it should be able to see it â€œcrush the quarter-mile.â€

The famed American automaker unveiled the new car with an amazing 1400 horsepower and more than 1500 Nm of torque at the Specialty Equipment Market Association (SEMA) automobile aftermarket showcase in Las Vegas. Even though this new car is just a one-off, car geeks everywhere can still appreciate the engineering beauty behind the vehicle and marvel at the performance of the electric powertrain.

In an official release, Ford goes on to elaborate about its hot new EV baby: â€œThe battery-powered Mustang Cobra Jet 1400 prototype is purpose-built and set to demonstrate the capabilities of an electric powertrain in one of the most demanding race environments. In the same release, Ford went on to say that the prototype is â€œprojected to crush the quarter-mile in the low-eight-second range at more than 270 km/h.â€

The project also serves as a testbed and demonstration of Fordâ€™s latest work with electric vehicles as the automaker has always used motorsport to demonstrate innovation.

Dave Pericak, Global Director of Ford Icons, goes on to elaborate: â€œElectric powertrains give us a completely new kind of performance and the all-electric Cobra Jet 1400 is one example of pushing new technology to the absolute limit. Weâ€™re excited to showcase whatâ€™s possible in an exciting year when we also have the all-electric Mustang Mach-E joining the Mustang family.â€

â€œThis project was a challenge for all of us at Ford Performance, but a challenge we loved jumping into,â€ adds Mark Rushbrook, the global director of Ford Performance Motorsports. â€œWe saw the Cobra Jet 1400 project as an opportunity to start developing electric powertrains in a race car package that we already had a lot of experience with, so we had performance benchmarks we wanted to match and beat right now. This has been a fantastic project to work on, and we hope the first of many coming from our team at Ford Performance Motorsports.â€