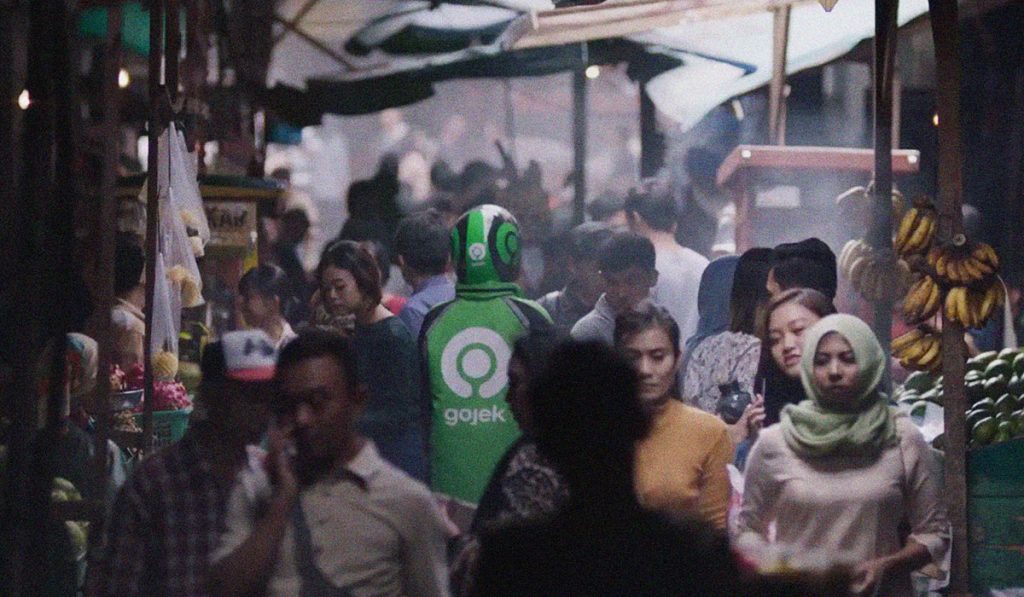 The illustrious billion dollar club of companies in ASEAN is steadily growing in both size and influence.
Monday, November 25, 2019 By Swaroopini Nair

Present-day unicorns have less to do with storybooks and more with being successful startups beating the odds in paving their path to success. A term coined by venture capitalist and founder of Cowboy Ventures, Aileen Lee in 2013, unicorns can be defined as being startup companies created after 2003 valued at over $USD 1 Billion dollars. The unicorn would then evolve into a ‘Decacorn’, which is valued over $USD 10 Billion dollars. The term ‘Unicorn’ was meant to draw attention to how statistically rare the occurrence was, yet Southeast Asia’s entrepreneurial circuit, at present, hosts a myriad unicorns on its horizon with more underway.

Officially recognised as a Decacorn due to its surge in growth and popularity across Southeast Asia, Grab was one of the regions first homegrown startup unicorns from back in the day. Founded by Anthony Tan and Hooi Ling Tan, the app was initially introduced to the Malaysian market as ‘My Teksi’ in 2013 before developing into the famous regional app that it is today.

Available in 65 cities across Singapore, Indonesia, Vietnam, Thailand, Cambodia, the Philippines and Malaysia, Grab is currently ruling over 60% of the ride-hailing industry with the number of users doubling yearly. Expectations for the future all point to signs of the business being well on its way to achieving the entirety of its growth in revenue for both the current year and the next. Stepping into the transportation scene to efficiently organise taxis and operate a safe ridehailing procedure may have allowed the mobile technology company to get its foot through the door, however, the drive to expand its horizons is what ensures that the company stays in the green. Grab has always had its sights on creating the first Southeast Asian ‘Everyday Everything’ app, and it has since come to see it actualised. The startup has since ventured into a tributary of services ranging from the delivery of food and other items, an e-wallet system, phone payment plans, hotel bookings as well as an internal rewards structure that encourages customers to use the services for benefits and discounts. Even Uber, which was Grab’s strongest competition in Malaysia, has since been absorbed into the company with the U.S. based ride-hailing app owning shares in Grab.

The operation of Grab within the Southeast Asian mobile technology circuit has revolutionised the daily lives of millions of people, and has opened up opportunities for other startups and young businesses to grow within ASEAN, enabling the growth of a thriving business centre for the future.

GOJEK WITH THE FLOW

Barely a blip on the radar 10 years ago, Gojek has taken the world by storm with its revolutionary mobile technology that sprouted from a motorcycle taxi service in Indonesia, Ojek. Created by Nadiem Makarin in 2010, Gojek first started off as a two-wheeled ride-hailing service that operated via call centre, enabling Ojeks and customers to find one another in a more efficient manner. The Gojek app was created 5 years later in 2015 with three services on offer; GoRide, GoSend and GoMart. However, the company was already garnering attention and gaining traction in 2014 and was well on its way to shortly becoming Indonesia’s first unicorn through fundraising initiatives. These actions, as well as the increased customer usage of the app, propelled Gojek further into the spotlight with major players in the Indonesian business sector such as Astra International and blibli.com investing in the business. Since then other big investors in the Super App are Google, Sequoia, Northstar, Mitsubishi, Temasek Holdings, Tencent and many more.

Gojek has also since begun to offer 18 app-based on-demand services such as Go-Pay, Go-Med and Go-Clean, which provide customers with an e-wallet service, medicinal delivery service and house cleaning service respectively. Modelled to fit into any lifestyle seamlessly whilst providing the locals with means to a steady income, it came as no surprise when Gojek was the only Southeast Asian company to be included twice in the Fortune’s 50 Companies That Changed the World list in 2017 and 2019, ranking 17th and 11th, specifically. The company is currently headed by CoCEOs Andre Soelistyo and Kevin Aluwi, Gojek’s Group President and Co-Founder respectively, after founder, Nadiem Makarim, recently stepped down.

Officially recognised as a Decacorn the company, was valued at about $10 Billion USD from February this year, Gojek is showing no signs of slowing down. With Bloomberg recently reporting the ongoing discussion of a partnership between Amazon and Gojek, the sky is the limit with this operation.

SWEPT ALONG BY SEA

The SEA Group was formed in Singapore by Chairman and Group CEO, Forrest Li, in 2009. Only recently having celebrated their 10th year Anniversary, the extensive reach of the SEA Group is vast and extensive throughout the regional landscape of Southeast Asia as well as Taiwan. SEA, formerly known as Garena Interactive Holding, changed its name after a funding round made by investment giants such as Cathay Financial, GDP Ventures, amd JG Summit Holdings, raising approximately USD $550 Million. This took place in 2017 during their eight years of operation.

The business structure within SEA has expanded to various factions, including Garena, the e-sports platform who operate games such as League of Legends, Fifa Online 3, etc., Shopee, one of Southeast Asia’s leading online marketplace and AirPay, an e-wallet service. Despite entering the market on gaming alone, SEA has developed and matured at an exponential rate with the business being the first ASEAN company to file for an Initial Public Offering (IPO) on the New York Stock Exchange (NYSE) in 2017 for a $USD 1 Billion, officially promoting it to the rank of a unicorn.

Due to SEA’s location within the rich commercial ecosystem of Singapore as well as operating in the same region as its neighbouring countries with raring their own unicorns, competition is rampant and constantly evolving. With AliBaba’s acquisition of Lazada, another Singapore unicorn, and the growth of Gojek and Grab in both Indonesia and Malaysia, the SEA Group has to constantly work to get ahead, but with their international pedestal that no other startups in ASEAN have and their diverse reach across Southeast Asia, all eyes are on SEA for their next power move.

FOR THE LOVE OF LAZADA

One of the leading e-commerce platforms in Asia, with a reach that is constantly expanding, Lazada, celebrates its 7th birthday this year. As a company that is dearly beloved by many Southeast Asians, the company responsible for creating Lazada is Berlin-based internet company, Rocket Internet. The internet company had noticed the correlation between Amazon’s weak presence within the region as well as a growing online consumer market, and pitched the idea of a startup that would mend the gap before an established brand could come in and do so. Thus Lazada was born in 2012.

The soft-launch of Lazada’s online platform received critical acclaim and by 2013, major players such as JP Morgan, Kinnevik and Summit Partners were investing as much as $USD 40 Million dollars into the business. Merely a year after its creation, Lazada had created its app for both iOS and android devices. With the app, Lazada’s services were able to reach a larger audience on the go which resulted in a surge in customers engaging with the platform. In 2016, ownership of the company was bought over from Rocket Internet by the multinational conglomerate, the AliBaba Group.

This was an ingenious move on the part of the company as the group could enter the ASEAN region relying on an already established player, with a steadily growing consumer base within the e-commerce industry. With Alibaba now at the helm, the group went on to purchase shares in the company from spending $USD 1 Billion dollars on both new and existing shares to procuring a controlling stake in the company for approximately $USD 1 Billion dollars. The Alibaba group had complete control over Lazada, which was made evident when they appointed Lucy Peng as Chief Executive of the company in 2018. Peng has since stepped down but retains the title of Executive Chief, with Pierre Poignant taking over the Executive title of Lazada.

Holding rank as Asia’s leading property portal, the iProperty.com.my has reformed the way Southeast Asians interact with the local real estate industry for the better (see interview). Created in 2007, the niche category that iProperty.com.my falls into caught the turn of the century when analog evolved to digital, allowing for the company to engage with a growing audience that was beginning to adopt advanced online services as part of their daily routine. The organic growth of iProperty.com.my’s users and eventual monopoly over its competitors, gained the attention of the Australian multinational digital advertising company, REA Group Limited.

The REA Group began their step by step process of acquiring iProperty.com.my back in 2014 when the group purchased a 17.22% stake in the company. This then increased to 22.7% in July 2015, before the REA Group eventually purchased the remainder shares at USD $4 per share. The entire deal which took place over several years cost the REA Group AUD $ 750.8 Million. Further elaborated in a one-on-one interview with Henry Ruiz, CEO of REA Group Asia as well as the CSO of REA Group Limited, Ruiz explains that the reason iProperty.com.my was chosen in Southeast Asia is due to the regions fastest growing real estate market, with over a million property transactions made in a year, most of which was conducted over iProperty.

Seizing the opportunity to merge with Asia’s fastest growing property giant the REA Group has left all major decisions for the business to be run inhouse, and as of 2019, iProperty operates in Hong Kong, Indonesia, Thailand and Malaysia with clear leadership in Singapore. iProperty.com.my has also begun rolling out fintech, worked on with local Malaysian companies, to provide users with a hassle-free service when it comes to purchasing or renting a new home. Tools such as LoanCare, a home loan eligibility is available for users to interact with for up to 17 banks in Malaysia that increase their chances of getting a home loan. LoanCare allows users to find out detailed information about their indicative loan eligibility, as well as understanding which home loan best matches their needs. With more than 3 Million visits per month, there is no end to the growth that the iProperty.com.my business can expect even more so now as part of the REA Group.