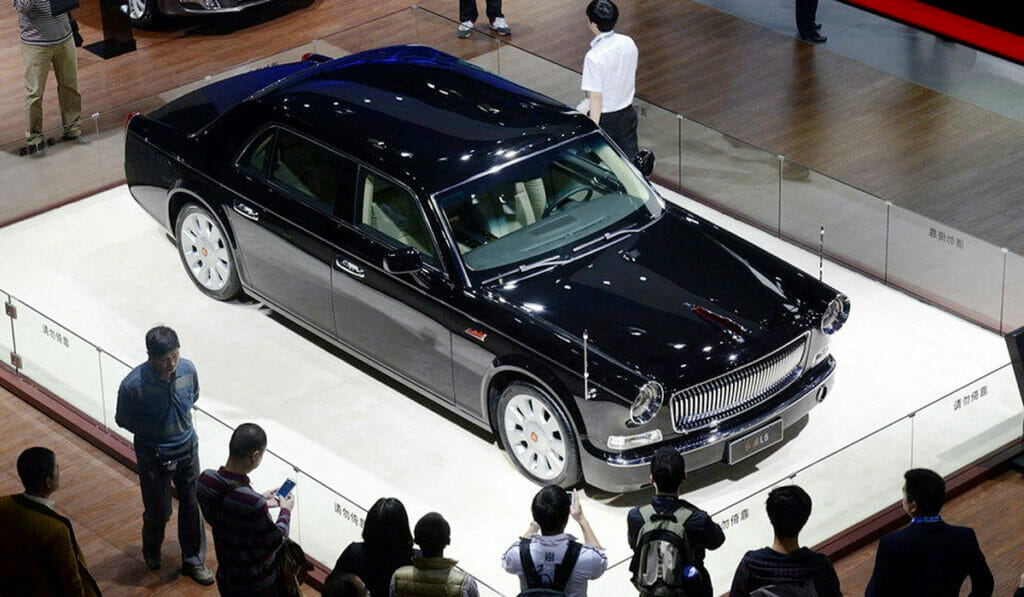 The Peak takes a quick peek at the amazing limos that carry the world’s leaders.
Tuesday, April 28, 2020 By Ellfian Rahim

Official cars are some of the most visible symbols of any government. These cars are chosen to giveÂ a sense of power, strength, and professionalism at home and abroad while still conveyingÂ a sense of their countryâ€™s national identity.Â But all this adds up toÂ a difficult proposition for automakers.Â With a long list of doâ€™s and donâ€™ts, many of these cars are scrutinisedÂ and built for conditions that most civilian cars would never face. Transporting world leaders from A-to-B is a complex endeavour, usually accomplished using motorcades, escorts, roadblocks, and all sorts of bullet and bombproof vehicles. Incorporating that level of technological sophistication into a stylish vehicle worthy of transporting the head of state is no easy task. But sometimes, an automaker rises to the occasion and builds something worth writing home about.

Donald Trumpâ€™s Presidential Limousine has come a long way from John F. Kennedyâ€™s nearlystock Lincoln. The Cadillac One, (nicknamed â€œThe Beatsâ€ by the U.S. Secret Service) may look like a regular Cadillac, but itâ€™s more combat vehicle than luxury sedan. The dieselpowered limo is built on a heavy-duty truck platform, has armour strong enough to stop a rocket-propelled grenade, doors as heavy as a Boeing 747â€™s, a mobile communications centre, self-contained oxygen system, and enough firepower to safely get the president out of a war zone. The custom-built Cadillac produced by General Motors Co appeared for the first time in public on September 2018 — along with an identical version that travels in the motorcade — when it ferried Trump around New York ahead of the recent United Nations General Assembly meetings.

Our choice of vehicle, it is said, speaks volumes about our character. And Chinaâ€™s president is no exception. Departing from a past practice of using a host countryâ€™s cars for state visits Xi Jinping rode in the bulletproof, Chinese-made Hongqi (which means Red Flag) limousine during his recent three-nation swing through Southeast Asia and the Pacific. The retro-styled car uses a 6.0L V12 and is the most expensive Chinese car ever made, costing over five million yuan. The Hongqi L5 is aimed at billionaire businessmen and super stars who want to show off their Chinese credentials. More than any other local brand, Hongqi is closely connected with China as a country and many Hongqi owners are sincerely proud of that. Incidentally, the Hongqi L5 is part of the Hongqi L-Series. The first model from this range was the gigantic Hongqi L9 parade car which debuted in 2009. It was followed by the Hongqi L7Â  in 2012 and finally by the Hongqi L5 in 2013. There are three variants of the L5: one for the government, a parade car and the commercial version available to the public.

TheÂ Aurus Senat is Russian President Vladimir Putinâ€™sÂ new state limousine. The car, launched in 2018, is actually the first model in a new line of ultraluxury cars sold under the Russian Aurus Motors brand. The limousine was first seen on a public outing in May 2018, when Putin took it on a televised drive. The Senat was used instead of Putinâ€™s usual MercedesBenz at his inauguration for his fourth presidential term, imparting a patriotic message of Russian self-sufficiency. Russia is actively reducing its dependence on imported goods and technology, a movement spurned since the Republic was hit by Western sanctions. The Aurus Senat is powered by a 598 horsepower 4.4-liter hybrid V-8 engine hooked up to a nine-speed automatic transmission. First deliveries of the Aurus Senat took place in early 2019, with only 150 units planned for the Senat and Senat Limousine, for the first two years of production. In 2021, the numbers will be increased to between 5,000 to 10,000 units, but this is ultimately subject to demand. The company is also looking to export to markets such as China and the Middle East. Unfortunately, little is known about the defensive capabilities and safety features built into the Russian presidential limo. But would one expect anything less?

The past few American presidents have all been driven around in Cadillacs. But British prime ministers get something a little more exciting: a Jaguar. Unlike the American presidentâ€™s car, where even the simplest question will likely be answered with â€œthatâ€™s classified,â€ we know a good amount about the British state cars. Johnson, a former Mayor of London and British Foreign Secretary, known for driving around in â€˜normalâ€™ cars like the Toyota Previa and Citroen AX, is now being ferried around with a luxury car that boasts of heated and cooled rear massage seats, night vision, a 20 speaker Dolby 7.1 surround sound system, two HD televisions and a state-ofthe-art communication system for conference calls. The XJ Sentinel is powered by a 503 horsepower supercharged V8. It weighs over four tons, though most of that comes from the heavy armour plating, state-ofthe-art communications systems, and a self-contained oxygen supply system. Zero to 100km takes over nine seconds, and the top speed is aÂ sluggish 195 kilometres per hour, but when you consider that the Sentinel is basically a light tank in a Jaguar suit, itâ€™s all pretty impressive! Itâ€™s just a bit of a shame that Jaguar itself isnâ€™t a British-owned establishment any more now, is it?

The President of France has always been able to switch between several armoured versions of high-end French cars from renowned local manufacturers Citroen, Renault and Peugeot. These days, President Emmanuel Macron has been relying on a Renault Espace MPV for his official trips ever since moving to the Ã‰lysÃ©e Palace in Paris -Â Franceâ€™s White House – in 2017.Â But it isnâ€™t just an ordinary Espace like soccer moms use to shuttle their kids aroundÂ â€“ Macronâ€™s is heavily armoured to keep him safe from danger, and this, of course, includes terrorist attacks. But, he was left rather embarrassed when his bullet-proof MPV failed to start during a two-day state visit to Warsaw in early February! Fortunately, being president, he does have an entire pool of vehicles to choose from. This includes an armoured Peugeot 5008Â and also the Acmat military command car, usually reserved as his ride during military parades. For his many official engagements in France, Macron also relies on a protected and customised Citroen DS7 Crossback SUV.