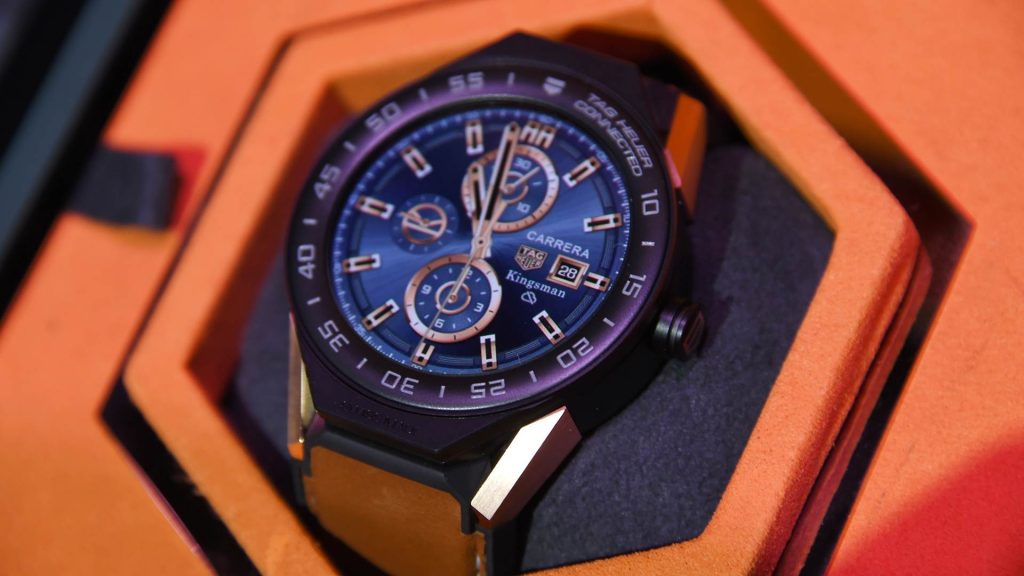 Watches in movies might not be anything new, but this is definitelyÂ great news for fans of Swiss luxury watch manufacture TAG Heuer. Jean-Claude Biver, the CEO of TAG Heuer and President of the LVMH Group Watch Division Director, has revealed thatÂ the Swiss luxury watchmaker’s Connected WatchÂ is nowÂ the official timepiece for the thrillingÂ KingsmanÂ film by 20th Century Fox.

This announcement was made during an exclusive preview of the sequel entitledÂ Kingsman: The Golden Circle thatÂ was heldÂ at London’s colourful Ham Yard Hotel. The event was attended by Biver as well as the film’s director, Matthew Vaughn and Toby Bateman, the Managing Director of MR PORTER.Â For those eager to get their hands on theÂ new Connected Modular 45Â KINGSMAN Special Edition, itÂ will be available exclusively through global online retail destination MR PORTER starting from July 5.

According to Vaughn, the idea to equip the Kingsmen agents with this specific timepieceÂ was inspired by an interview that he saw of Biver talking about the Connected Watch:Â “We needed a connected watch for our agents. We looked at the different options available, but none of them were elegant enough for a Kingsman. Then I saw an interview on Bloomberg TV with Jean-Claude Biver about his Connected Watch, and it became immediately obvious; the Kingsman agents would wear the TAG Heuer Connected.”

As for the key difference between this special edition model and the core collection, it would have to be the special functions related to the film. This includes a fun easter egg related toÂ theÂ iconic K-shaped logo that will activate upon 10:10. Other additional details include the Kingsman inscription and logo displayed at 9 o’clock and 3 o’clock, respectively. In a final nod to the film, the original Android Wear lighting function has also been replaced by the film’s gold logo, which will be displayed on a white background. As for what exactly the dapper agents will have up their sleeves once the film hits theatres in September this year, the video below reveals plenty of exciting surprises: