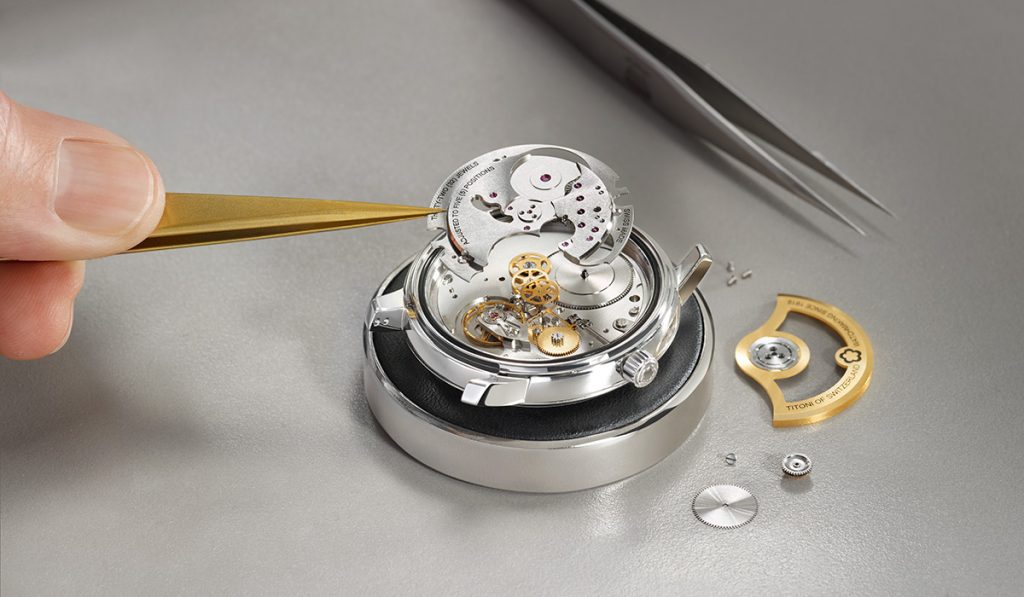 One of the last few family-run Swiss watch houses introduces its first ever in-house movement: the T10.
Monday, September 23, 2019 By Ellfian Rahim

Swiss watchmakers Titoni were founded in 1919 by Fritz Schluep in the tiny village of Grenchen at the foot of the Swiss Jura Mountains. Over the years, it has been devoted to manufacturing mechanical watches in wholly classical design.

The company, which is now owned by the third generation of its founding family, remains one of the few independent watch making houses in Switzerland, and as Titoni celebrated its 100th anniversary just recently in May, the brand revealed to the public its latest innovation: the T10 calibre â€“ a movement developed and manufactured entirely by the company.

This new mechanism drives the models of the brandâ€™s Line 1919 series, of which the minimalist design not only confirms the companyâ€™s future-oriented stance, but also the timeless elegance of its watches. It has bigger date window and partly faceted hour indexes for easy glancing.

(Related: All you need to know about bronze timepieces)

The self-winding calibre T10 differs from standard movements by having a large diameter, compared to other standard movements. The name of the series pay homage to the founding year of the watch company, while the purist, minimalist nature of the seriesâ€™ design make use of box-shaped sapphire glass, giving the watches an attractive and slimmer look. The sun-ray brushed dials come in three colour finishes: silver, anthracitic and navy blue. Titoni has also given the range a power reserve of 75 hours.

Titoni previously relied on a long term partnership with watch houses ETA and Sellita for their quality movements. But now with its own, brand new T10, this robust movement is going to tick at the heart of future watch models bearing the Titoni logo.