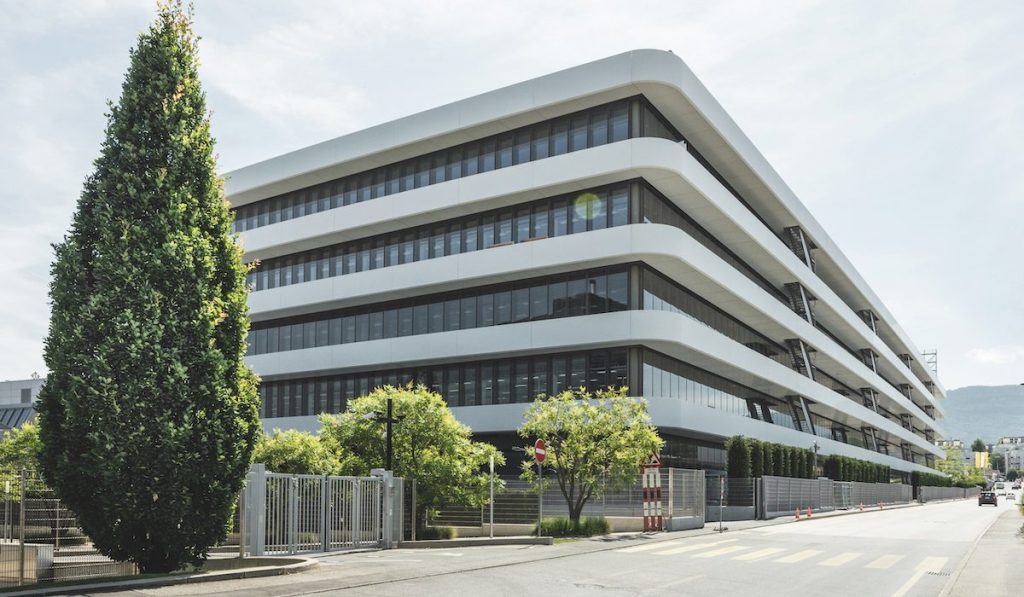 Patek Phillipe finally unveils its impressive new building that is setting the direction for its future for the next three decades
Sunday, December 13, 2020 By Farhan Shah

Following a five-year-long endeavour – made all the more difficult with the Covid-19 pandemic that still hasn’t loosened its grip on the world – Patek Philippe finally unveiled its new production building in Plan-les-Ouates on the outskirts of Geneva, Switzerland. The watchmaker invested CHF600 million in the new building, of which CHF500 million went into the construction of the structure, with the remainder going to the interior as well as the equipment required for its watchmakers.

Inside, the building is divided into five segments, each focusing on a specific aspect of Patek Philippe’s expertise. The first two floors are devoted to production and the manual finishing of movement parts, while the third focuses on the assembly of parts and cases. The fourth and fifth floors are where the magic happens. Research and development as well as haute horlogerie take place on the fourth, while the fifth has the watchmaker’s artisans working on rare handcraft skills like enamelling, guilloching and wood micro-marquetry.

In line with the sustainability efforts undertaken by global organisations, the new building complies with the Haute Performance Energetique (French for high energy performance) standards and laws set by the canton of Geneva. Patek Philippe has also filed for the Minergie-P label, a voluntary and incredibly stringent environmental standard given to buildings with low energy usage. Despite the expansion, Patek Philippe’s president Thierry Stern has reasserted that the watchmaker will not be increasing its volume of timepieces, which currently stands at slightly below 62,000 pieces annually.

Instead, the forward-thinking Stern anticipates the new building to be the guiding light for the brand for the next three decades as it expands its increasingly complex production capabilities. In the past quarter of a century, Patek Philippe has seen the popularity of its complicated watches grow at a brisk pace. Today, half of its production is devoted to this segment.

Demand for its elaborate rare handcrafted watches has also been steadily growing. In a time when the world is still treading in uncertain waters, it’s heartening to note that Patek Philippe has led the way in the horological world, investing a hefty amount of resources into the future.

Only 1,000 pieces of the commemorative timepiece is available

A new watch for a new time

To celebrate the completion of its new building, Patek Philippe created an exclusive Calatrava stainless steel timepiece . The railway track that encircles the hour scale and the pierced baton hour and minute hands of the new Ref 6007A-001 Calatrava are reminiscent of the Ref 6006 Calatrava.

The most striking feature, however, is the chequerboard carbon-style texture at the centre of the 40mm dial, which creates a beautiful interplay of light. Patek Philippe mentions that it’s a reference to the world of high technology.

The colour and structure of the calfskin strap with white decorative seams, the prong buckle, and delicately embossed structure reminiscent of textile fabrics were also specifically picked to match the dial centre. The Ref 6007A-001 Calatrava is a limited edition of only 1,000 pieces.

This story was first published in The Peak Singapore