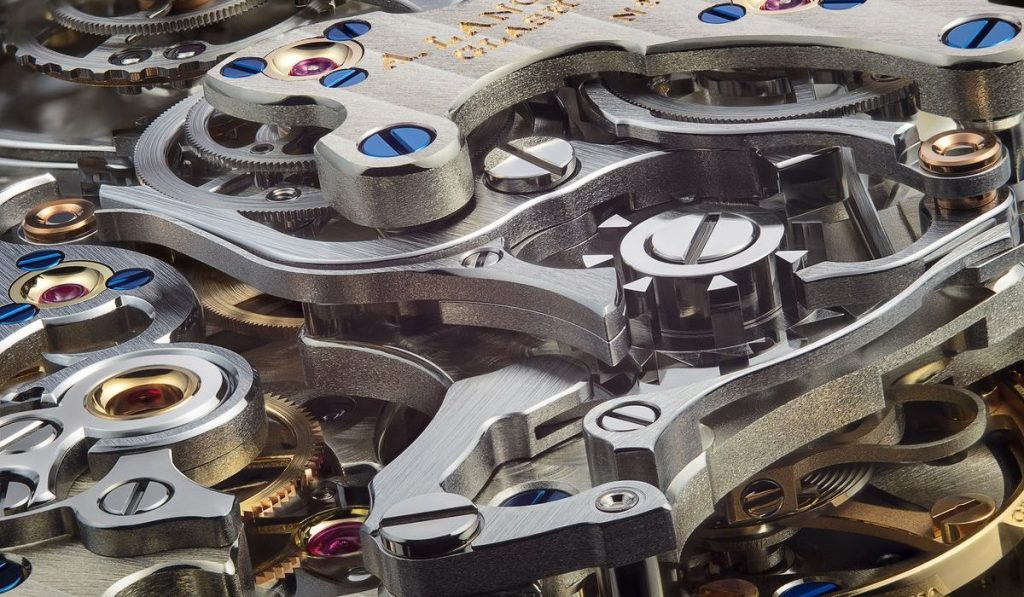 Glashutte in eastern Germany is one of the few strongholds of fine watchmaking outside Switzerland. Find out why this brand is the big brother of the region.
Friday, June 8, 2018 By Editors
White gold

Part of the manually wound movement L132.1 of the Triple Split chronograph.

The A. Lange & Sohne manufacture in Glashutte.

A brief history: Founded by F.A. Lange in the small German town of Glashutte just a short drive from Dresden, the brand produced pocket watches and, later on, wristwatches. Post-war Soviet occupation and administration, however, saw the brandâ€™s demise as all watchmaking activities were nationalised and consolidated. F.A. Langeâ€™s great-grandson, Walter Lange, re-established the brand in 1990 following German reunification.

Currently known for: A. Lange & Sohne is currently one of the most prestigious German watch brands thatâ€™s respected both for its modern technical developments, such as the recent Triple Split rattrapante chronograph, and its adherence to traditional production methods, like hand-finishing movement components. The brand does not usually produce any watches in steel; almost all its offerings are available in either gold or platinum.

Key product lines: Lange 1, with an iconic asymmetric sub-dial layout; Richard Lange, themed on historical precision timing instruments meant for scientific use; 1815, with design elements like railway track chapter rings and Arabic numeral indexes that hark back to the brandâ€™s early pocket watches; Saxonia, which has simplified dial designs but a range of simple to ultra-complicated timepieces; and Zeitwerk, unique for its digital displays for both the hours and minutes.

Price range: From approximately MYR60,000 for the manually wound Saxonia 35mm, to MYR8.9 million for the Grand Complication.