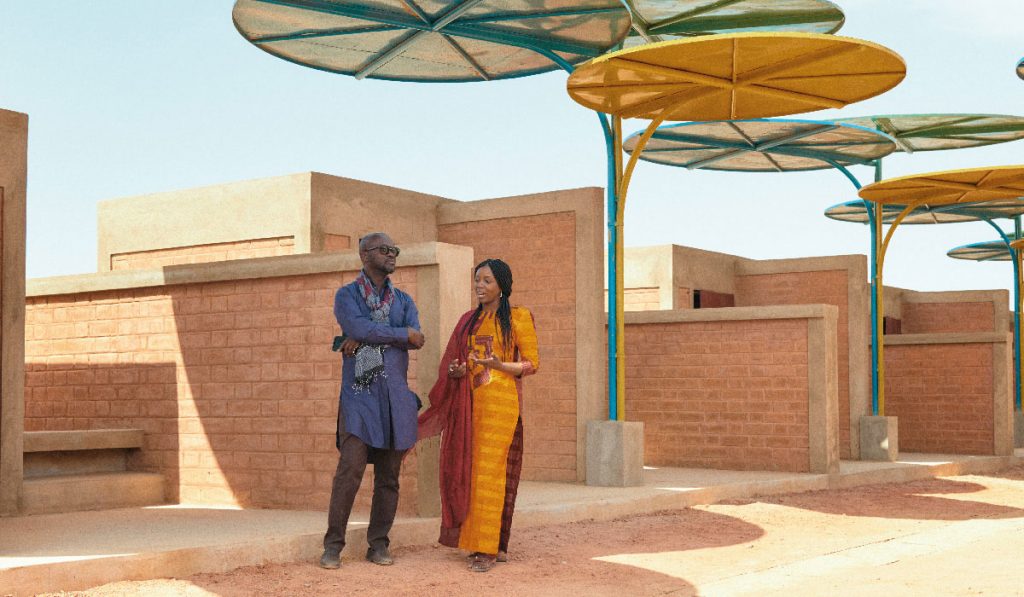 Rolexâ€™s mentorship programme on mission to preserve art heritage in the world.
Thursday, December 26, 2019 By Editors

After the National Museum of African American History and Culture in Washington DC was completed in 2016, the building swiftly racked up accolades for its evocative design. Its structure was inspired by a traditional three-tiered Yoruban crown; while the metal lattice wrapped around its facade took its cues from historic decorative grilles in the American south, which were often forged by African-American slaves.

The creative mastermind behind this award-winning project is Sir David Adjaye, a British-Ghanaian architect who is one of the industryâ€™s leading lights. He is also one of four mentors in the latest edition of the Rolex Mentor and Protege Arts Initiative. As a result of this initiative, up-and-coming Niger-based architect Mariam Kamara has had the opportunity to access Adjayeâ€™s expert guidance. As part of a two-year mentorship that began in 2018, Kamara and Adjaye (pictured) are working together to create a new cultural centre in Niamey, Niger.

Architecture is one of the four disciplines addressed in the 2018- 2019 Rolex Mentor and Protege Arts Initiative, the other three being dance, music and literature. In this edition of the mentorship programme, choreographer Crystal Pite, novelist Colm Toibin and tabla virtuoso Zakir Hussain mentored, respectively, urban street dancer Khoudia Toure, writer Colin Barrett and drummer Marcus Gilmore. On Feb 8 and 9 next year, the participants will share more about the results of these mentorships at the Rolex Arts Weekend, a series of public events held in Cape Town, South Africa.

While mentors receive an honorarium of 100,000 Swiss francs (S$138,000), proteges are also awarded a grant of 40,000 Swiss francs, in addition to funds that cover their travel and other major expenses. Launched in 2002 by Rolex, the Arts Initiative aims to preserve the worldâ€™s artistic heritage by pairing talented young artists with masters in their fields â€“ because a journey is always smoother with an expert guide.