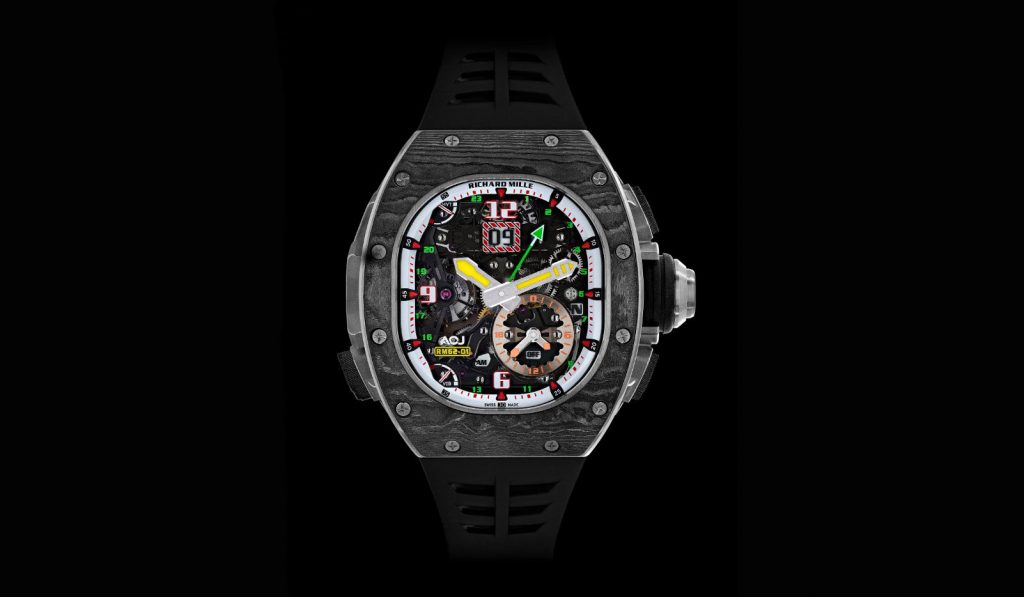 The timepiece represents the second timepiece that Richard Mille has made in collaboration with Airbus Corporate Jets.
Monday, November 4, 2019 By Jx Chong

Now you may be surprised to learn that this is not the first time Richard Mille has attempted such a feat as it made another watch back in 2016, also with the help of ACJ. The model was called the RM 50-02 ACJ Tourbillon Split Seconds Chronograph. Only 30 pieces were made and it cost an eye-watering USD1.05 million.

Not to be outdone, the latest RM 62-01 Tourbillon Vibrating Alarm ACJ is also limited to just 30 pieces and carries an even higher price tag of USD1,225,000.

One glance at the watch and you may notice that the watch face appears similar to the window on an airplane, no doubt as a homage to Airbus. It also seemingly invites you to peek inside the watch’s inner workings and admire at just how the complication moves.

Fitting with the travel theme of the watch, the RM 62-01 is a functional yet discreet watch that will prove useful for seasoned travellers. You will find a handy alarm function that works through vibration only perceived by the wearer instead of a loud chime.

Astoundingly, the alarm does not interfere with the manual-winding movement at all. This technical achievement was possible as the watchmaker had to create four partial prototypes and studied in detail all the parts worked together.

One last but nevertheless astounding fact was that this masterpiece of a watch took four full-time watch constructors five years to build.