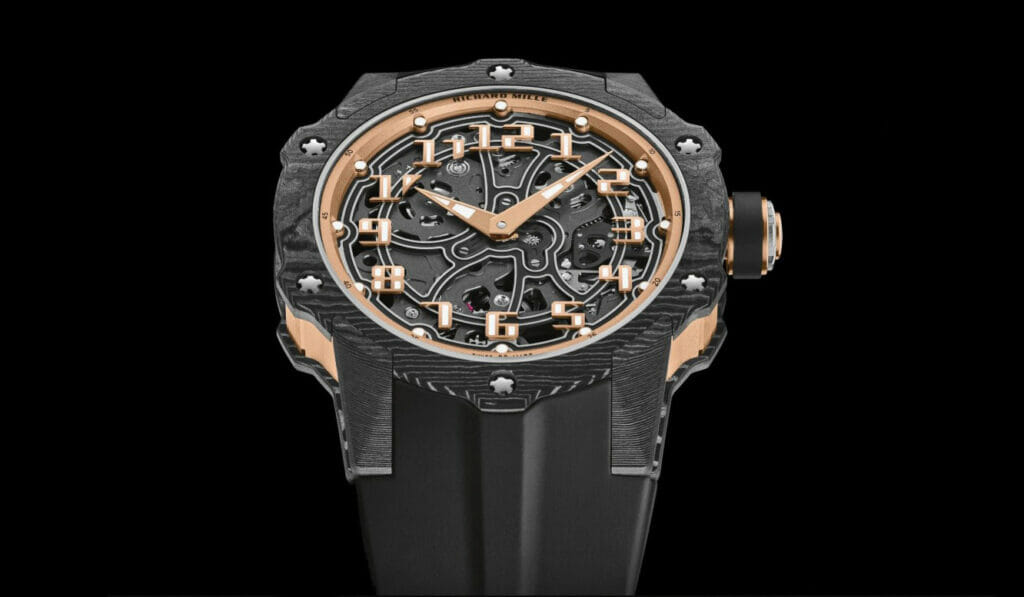 Richard Mille’s follow up to its stunning RM 33 is finally here and it made using a new exciting material.
Monday, December 30, 2019 By Jx Chong

Back in 2011, Richard Mille introduced the RM 33 and it was quickly noticed for its ultra-thin round case design, a first for the brand. Now, if you missed out in getting a RM 33, don’t worry because Richard Mille has released its follow up, the RM 33-02.

This new wristwatch takes a lot of cues from the original with the same ultra-thin round case design though it has modernised the timepiece with a 42mm case instead of the original’s 46mm. It is also worth noting that in this second version, both the front and back bezels are made made of Carbon TPT, a remarkable material that gives off a unique finish by layering hundreds of sheet of carbon fibre. These layers are heated to 120 Â°C in an autoclave similar to those used for aeronautic components and machined at Richard Mille. It is during this phase that the layers of Carbon TPT are revealed to create random patterns that make each watch unique.

It’s exterior decoration, case and dial have been reinterpreted with a new aesthetic that is decidedly more sporty in nature. It is this combination of ‘lifestyle’ and sport style, two completely opposing characteristics, is what has come to define the RM 33-02.

But apart from that, the numerals on the RM 33-02 are created from solid metal and subsequently sculpted and mounted on two linked, rigid titanium rails that attach to the movement.