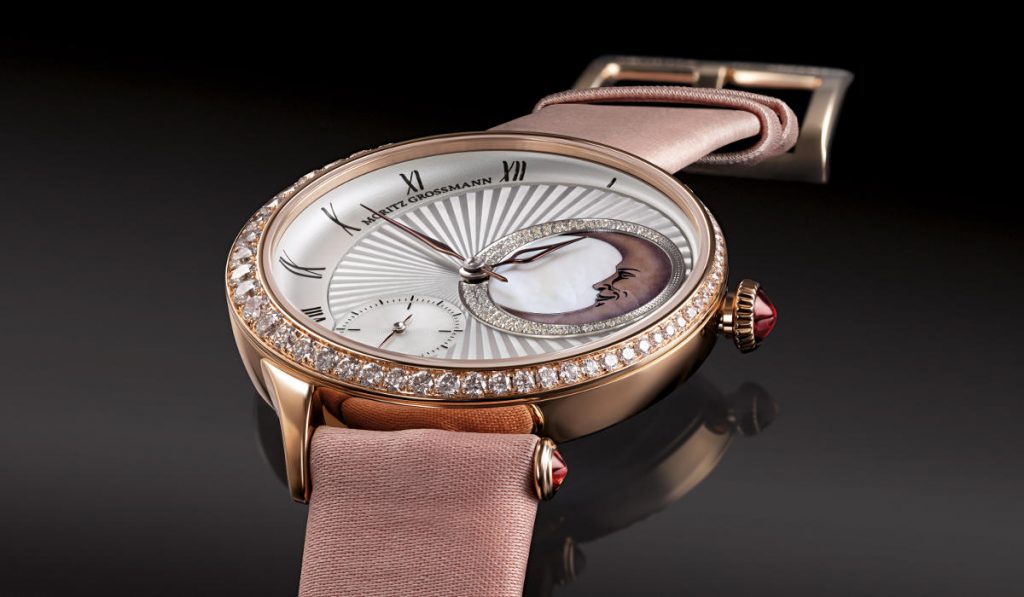 In 1885, a visionary watchmaker from GlashÃ¼tte named Moritz Grossmann passed away unexpectedly after delivering a speech about the introduction of the World Time in Leipzig, Germany. Despite devoting his entire life to mastering the art of horology, which included co-founding the revered German School of Watchmaking, where he also taught mathematics and languages, his name was all but forgotten in the annals of time. It was sometime during the dawn of the new millennium that a watchmaking disciple named Christine Hutter stumbled upon Grossmannâ€™s contributions to the watchmaking industry. According to Hutter, Grossmannâ€™s influence in the world of watchmaking lies beyond just the mechanical watches he created, which remains highly coveted today by collectors the world over: â€œWhile he was indeed an esteemed watchmaker, he also did a lot for the city of GlashÃ¼tte, including establishing the local fire brigade and setting up the railway. But after he passed away, his atelier was liquidated and he disappeared from history. Nobody knew about him for over a century.â€

Fascinated by what she discovered, Hutter decided she would take it upon herself to revive Grossmannâ€™s legacy, securing the rights to the eminent horological pioneerâ€™s name in order to establish the Grossmann Uhren GmbH manufacture in November 2008, where she serves as CEO. Asked how she felt about being one of the few female CEOs in the mostly maledominated watch industry to have founded a manufacture, she said: â€œItâ€™s a special question and one that makes me feel proud. To be honest, half of the watchmakers in GlashÃ¼tte are women, so itâ€™s not exactly a rare thing. There are also more women collectors coming up in the world who are genuinely interested in precision, mechanical movements and complications. We are a manufacture that really focuses on what these collectors want, which is evident in our recent models like the Tefnut Twist and the Tefnut Sleeping Beauty. Creating a female timepiece should be more than just about adapting models from the menâ€™s collection and adding diamonds.â€

For Hutter, the process of starting everything from scratch has also been one filled with exciting discoveries and endless possibilities. â€œThe first employee only arrived in 2009, which was also the year when we developed our first movement. Currently, we have about 50 people at the manufacture and 85 per cent of our movements are produced in-house, including gears, plates and screws. In total, we produce about 500 pieces a year and plan to increase this to 1,000 without relying on automating our production.â€

According to Hutter, the reason behind this decision mainly has to do with maintaining the brandâ€™s position in the world of luxury watchmaking: â€œWe are a niche brand so we have to be different, and the only way we can do this is by producing at a very high level. This is also why our biggest department is the finishing department, because every single part of the movement is finished from all sides, including chamfering and polishing. In this department, there are two people whose sole focus is to create the slim watch hands that Moritz Grossmann was well known for. It takes eight hours just to produce a pair of hands, which is unique in this industry.â€

While such minute details might appear trivial on the surface, they are not lost to watch aficionados and connoisseurs who have grown to appreciate the creations found at Moritz Grossmann: â€œOur customers range anywhere from 20 to 70 years old. They are mainly fascinated by mechanical movements as well as unique finishes. More importantly, they really feel connected to these timepieces. I remember a couple of years ago when I spoke with a customer who has owned a Moritz Grossmann watch for a while. He told me how pleased he was by its performance and that he still wore it every day. But what was most memorable about that conversation was when he told me that he enjoyed listening to the beat of the movement â€“ which some might describe as being â€˜the heartâ€™ of the watch â€“ whenever he drove to work.â€

The Tefnut Twist in white gold.

It is this very passion for watches that drove Grossmann to not only create his marvellous timekeeping devices but also share his watchmaking knowledge with his peers, which he accomplished by penning several journals, essays as well as books. As Hutter explained: â€œI was very impressed by a book that he wrote in 1880, titled On The Construction Of A Simple But Mechanical Perfect Watch, which explains his â€˜Simple and Perfectâ€™ principle that highlights the beauty and complexity of creating a maximally simplified watch. It is this very same principle that our manufacture still practices to this very day.â€