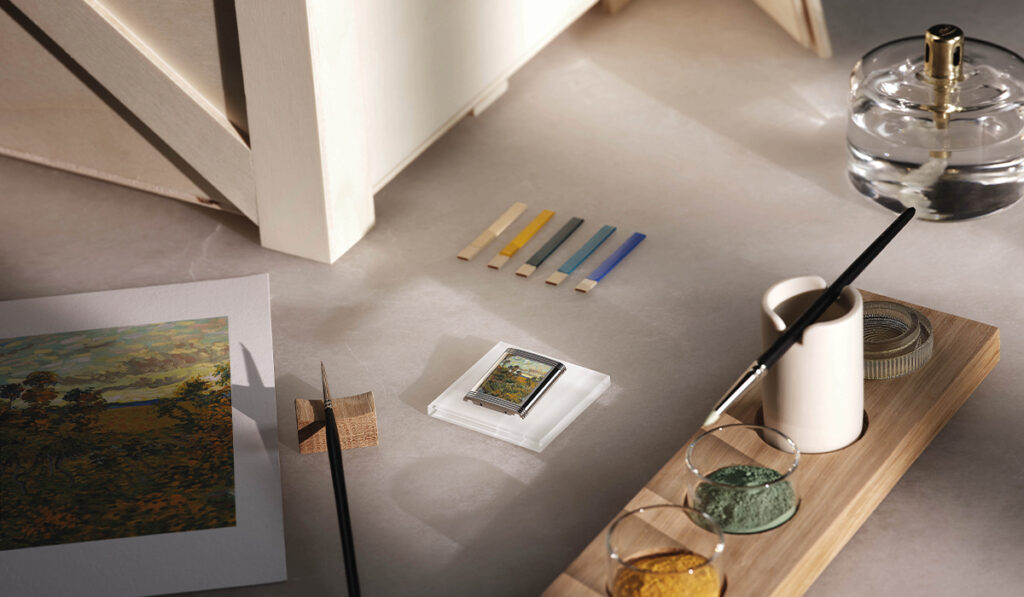 Jaeger-LeCoultre, Vacheron Constantin and Patek Philippe demonstrate how the centuries-old art form continues to be a powerful medium for storytelling.
Tuesday, December 14, 2021 By Lynette Koh
Prev1 of 3Next

Jaeger-LeCoultre shares the stories of great paintings lost and found through its new Reverso watches.

The blank back of the swivelling case of the Jaeger-LeCoultre Reverso has long offered an endless canvas for artistic expression, featuring engraved messages as well as enamel miniatures. The watch itself debuted in 1931, while the earliest known Reverso with an enamel painting – the portrait of an Indian woman – dates back to 1936, just five years later.

Following a flurry of other Reverso launches in the model’s 90th anniversary year, Jaeger-LeCoultre recently unveiled the Reverso Tribute Enamel Hidden Treasures, a trio of metiers d’art watches featuring replicas of paintings that were long thought lost but later found.

Speaking to The Peak via a video presentation in August, CEO Catherine Renier shared: “We looked to these paintings as a way of paying tribute to the revelation that the Reverso provides. Turning the case over reveals the artwork underneath.”

Gustav Klimt’s Portrait of a Lady is a double portrait.

While the stories behind these artworks are all fascinating enough to warrant a novel (or at least a short story), the Klimt legend is the most intriguing. It’s the only known “double” portrait by the Viennese artist and has been “lost” twice. While Portrait of a Lady dates back to 1917, Klimt painted it over an earlier image of a woman believed to have been his muse who died prematurely. The fact it was a double painting was discovered only in 1996.

In February 1997, Portrait of a Lady was stolen from an Italian art gallery, where it had been on display since 1925. Over the following years, several fakes emerged. Then, in December 2019, gardeners discovered the original, concealed in a black bag, inside a recess in the wall of the same gallery. Quite the exciting conversation- starter to sport on your wrist.

(See also: In the Reverso’s 90th year, Jaeger-LeCoultre launches a book dedicated to the icon)