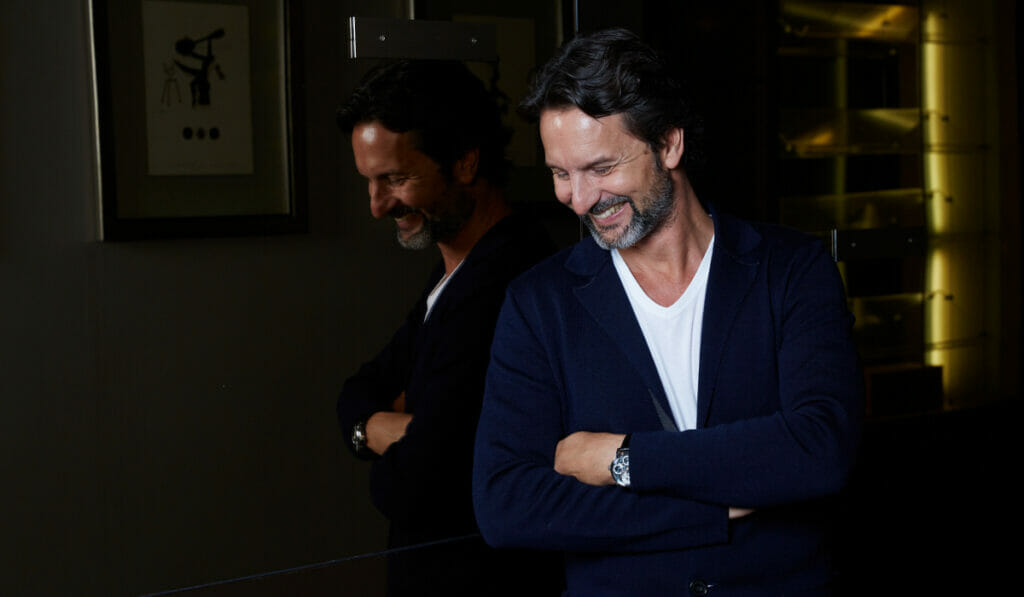 The pursuit of perfection
Wednesday, July 26, 2017 By Maya Michael

For anyone paying attention to the goings-on in the luxury watch industry, one independent name that continues to crop up is MB&Fâ€™s. Renowned for its jaw-dropping horological machines that defy convention, this avant-garde Swiss watch brand, founded by Maximilian BÃ¼sser, achieved a significant milestone last year when it officially celebrated its 10th anniversary. â€œWhen I first created MB&F, there were no expectations. But now, the expectations are much higher,â€ says BÃ¼sser. â€œThose who are already familiar with the brand will always expect to be amazed… and if I were to allow that pressure to get hold of me, it will prevent me from achieving all this.â€

BÃ¼sser, who also serves as the brandâ€™s Creative Director, was in Kuala Lumpur recently to present the brandâ€™s first-ever aquatic horological machine: the Horological Machine No 7 (HM7) Aquapod. Available in grade five titanium or 18K red gold, this formidable timepiece measures a sizeable 53.8mm across, which makes it easily identifiable on the wrist. Among its many unique features are a flying 60-second tourbillon that sits atop the case, which incorporates an in-house automatic winding mechanical movement, while the hours and minutes are displayed via two spherical segment discs that rotate on central ceramic bearings. Located on both sides of the case are two crowns that are used for winding the watch when necessary and setting the time. Surrounding all this is the unidirectional rotating bezel that has been crafted in ceramic and fitted with laser-engraved numerals that are filled with metallised titanium for enhanced legibility.

According to BÃ¼sser, the design of the HM7 Aquapod was inspired by an unexpected jellyfish encounter during a vacation with his family. â€œAll the ideas are mine, so Iâ€™ll usually do a sketch before asking our friends at MB&F to come up with a beautiful piece of art. When it came to creating the HM7 Aquapod, we decided to team up with an extremely talented designer and architect named Eric Giroud, who has been collaborating with us for the past 14 years. The thing about watch designers is that most of them tend to think in 2D, but Giroud is more familiar with designing in 3D. So, when I approached him about this project, he immediately knew what I wanted. What I also especially enjoy about working with him is that he allows me to be wrong. There have been times when we worked together that I would decide to go in a different direction because the current path just wasnâ€™t right. Other designers will usually be upset by all this because of all the time that has been wasted, but Giroud understands and is completely fine it… he knows that wherever I take him, weâ€™ll all be proud of the results.â€

When asked about his own creative process, BÃ¼sser describes it as something that constantly evolves and matures at the same time as his life. â€œThe reason for this is because priorities change. While I already know what novelties are going to be released in the next six years, I have no idea of what Iâ€™m going to create or what projects Iâ€™ll be involved in beyond that. If I had to put it in words, I would describe it as being an extraordinary journey of self-discovery. What I have also discovered during this journey is that creativity is an addiction… and just like any addiction, I need more stimulation over time. Back when we first started MB&F, I was content with just creating one watch a year, which was already crazy. This year, we are launching nine models, which include variations of existing models, two new calibres, clocks plus other co-creations… and I still think itâ€™s not enough.â€

Despite yearning to expand his line of horological machines, BÃ¼sser remains adamant that there are no plans to expand MB&F at the moment: â€œIn business, everyone thinks that growth is the key to happiness, which I feel is completely wrong. When it comes to the size of a company, itâ€™s about hitting that sweet spot, where you achieve maximum efficiency while using the least amount of energy… and we already achieved this in 2013. Right now, we are big enough to fund a part of my ideas without the need for any middle management, which I feel is the scourge of creativity. To me, MB&F serves as my autobiography, while each novelty adds a chapter to that story. And if you are going to be involved in something that is a reflection of yourself, then it is important to be honest about it. This is why we never cut corners at MB&F â€“ nothing gets released unless I am completely satisfied with the final result.â€

This article first appeared in the June 2017 issue of The Peak Malaysia.