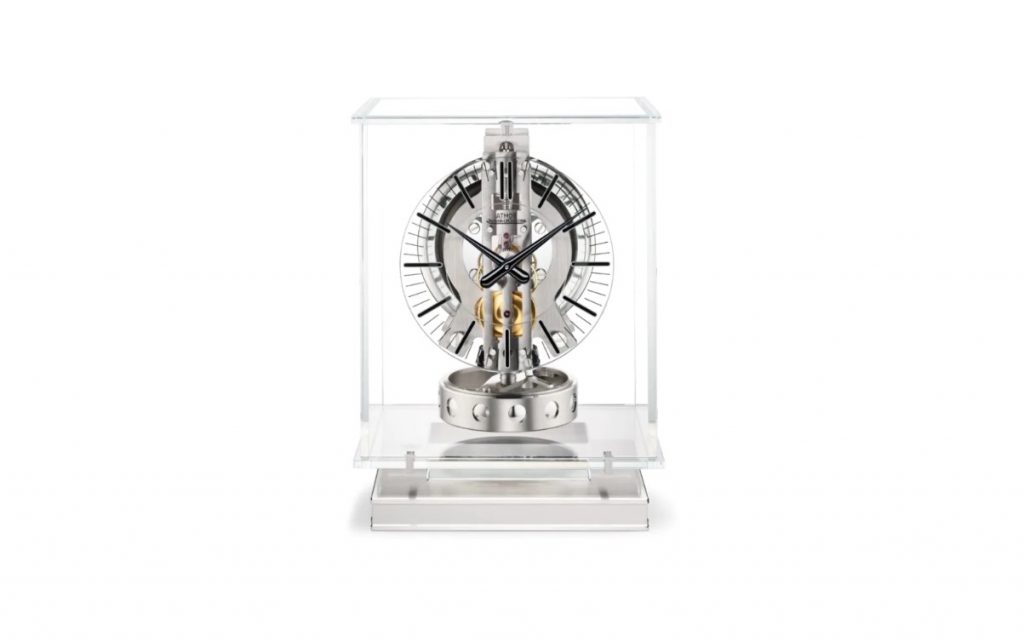 Minimalism and Art Deco come together to form a truly remarkable clock made by one of the best Swiss watch makers.
Monday, December 30, 2019 By Jx Chong

Jaeger-LeCoultre has long been known for making exceptional luxury watches but few realise that the Swiss manufacturer still makes clocks. The Atmos pendulum clock is just one of the rare pieces that Jaeger-LeCoultre makes and was based on a 1928-designed mechanism and has an extraordinarily long history given that it has been in production since the 1930s.

Suffice to say, during the Atmos’ long history, the clock has undergone several design changes that coincide with notable events, anniversaries and worked on by celebrated designers.

Fast forward to 2019 and the Atmos Clock has received a well-deserved update in the form of the Atmos Transparente clock, a modern reinterpretation that has resulted in a transparent clock that gives the illusion that it floats on thin air.

The ultra-modern yet minimalist design is striking as it combines a perpetual Calibre 563 in-house movement that you admire from every angle. The movement, with all its 217 parts working together, is manufactured and assembled by hand.

According to Jaeger Le-Coultre, the Atmos Transparente clock retails for USD9,450 (MYR39,080).