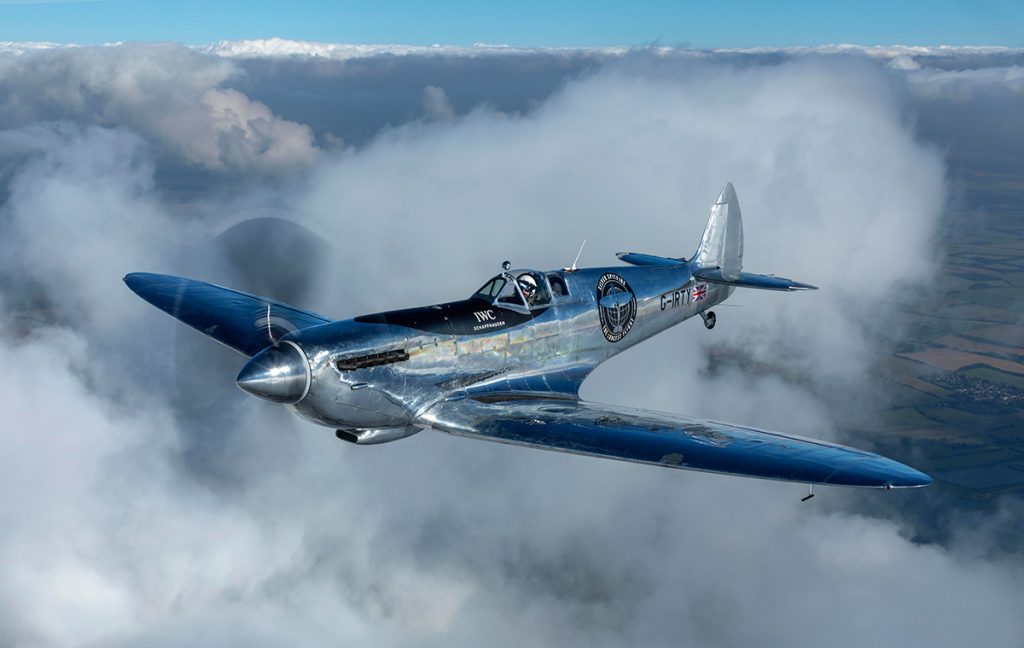 The British-made Spitfire is without a doubt the most famous plane of the second World War. Known as one the finest fighter planes of its time, this beloved aircraft will...
Monday, August 5, 2019 By Jx Chong

The British-made Spitfire is without a doubt the most famous plane of the second World War. Known as one the finest fighter planes of its time, this beloved aircraft will fly once again thanks to restoration works commissioned by IWC Schaffhausen and Boultbee Flight Academy.

Sporting a unique polished aluminium highlights, the “Silver Spitfire” marvellously shows off the iconic British aircraft in a way never seen before. Dubbed the â€œSilver Spitfire â€“ The Longest Flightâ€ project, British pilots Steve Boultbee Brooks and Matt Jones will fly the Silver Spitfire on Aug 5 on a journey that will take them around the world.

Due to the Spitfire’s role as a front line fighter during World War II, it had a relatively short-range of 680km before needing to be refuelled. As such the Silver Spitfire’s journey around the world will be divided to at least 100 stops across more than 30 countries, a journey that is 43,000km long and takes four months to complete.

The journey is set to begin in Goodwood in the South of England and it is expected to fly across the United States, Japan, China, South East Asia, the Middle East and then back to Europe.

It is this spirit of adventure that underscores IWC’s passion for aviation and inspired their latest Spitfire line of Pilot’s Watches that were unveiled during SIHH 2019.

One highlight of the collection is the aptly named Pilotâ€™s Watch Timezoner Spitfire Edition â€œThe Longest Flightâ€ (ref. IW395501) that is dedicated to the Silver Spitfire’s round the world journey. Sporting a black dial and green textile strap, the colour scheme is reminiscent of a Spitfire’s cockpit. Using a patented Timezoner mechanism with an entirely automatic IWC-manufactured movement, this piece is limited to only 250 watches.

IWC had previously showcased the collection in Kuala Lumpur, exhibiting the brand’s long-time involvement in the aviation watch market.