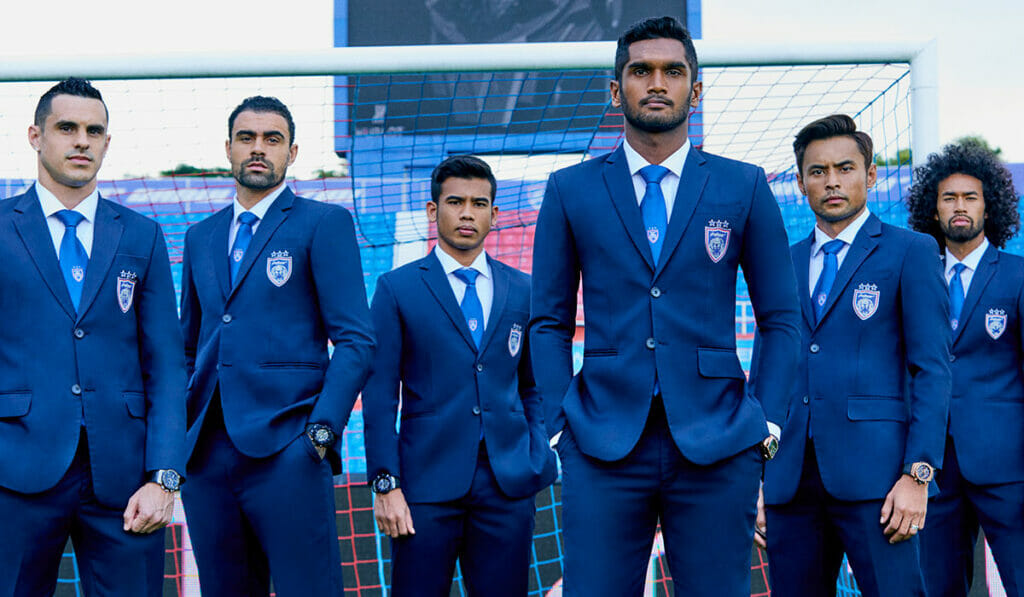 Malaysiaâ€™s renowned Johor Darul Taâ€™zim (JDT) football club officially forges a partnership with Hublot, with the luxury watchmaking brand acting as the official Watch and Timekeeper for the JDT team.

JDT football club, nicknamed the Southern Tigers, are the defending champions of the Malaysian Super League, winning six times consecutively from 2014 to 2019. The club also made history by winning the 2015 AFC Cup. The Southern Tigers joins the star-studded list of clubs that are partners with Hublot, which include Chelsea Football Club; Portuguese football club champions Benfica; as well as four-time winners of the Coppa Italia, Juventus.

Since Hublotâ€™s first foray into football in 2006, they have been at the forefront of many achievements on the field as a supporter and the official timekeeper for some of footballs biggest clubs and events. They have been the official timekeeper of the FIFA World Cup for three consecutive tournaments, as well as won in last yearâ€™s edition with French footballer of the year Kylian Mbappe, who is the latest footballer to join Hublotâ€™s family of ambassadors.

As part of the partnership with JDT, Hublot watches and clocks will be used at the clubâ€™s home stadium, the Tan Sri Datoâ€™ Hj. Hassan Yunos Stadium in Johor.