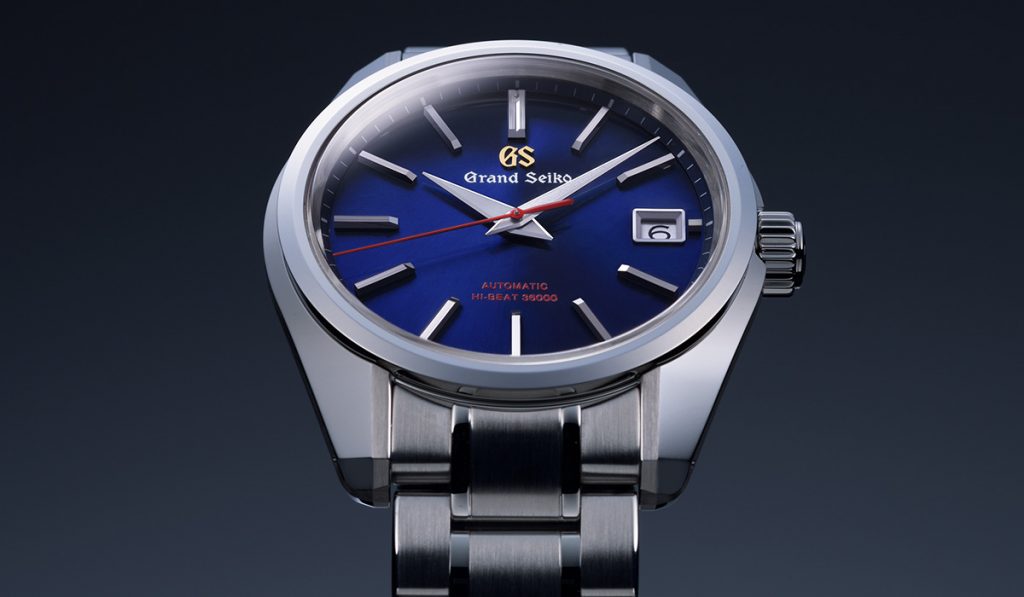 Grand Seiko stands as one of the few premium Japanese watchmakers that produce some of the best watches in the world by artisans outside of Switzerland and Germany.

It was the determination to excel that brought together a smallÂ team of Seiko’s finest watchmakers to create the “king” of watches. That resulted in the birth of Grand Seiko in 1960.

2020 marks Grand Seiko’s 60th anniversary. Now, the number 60 is not just one of the most fundamental numbers in horology, but, in Japan, it has an additional significance as a moment of new energy and re-birth.

To mark this momentous occasion, Grand Seiko set out a full year of celebrations as well as introducing four new timepieces that are part of its Heritage Collection.

Though each of the four creations exemplifies a very different aspect of the wide range of expertise and craftsmanship that Grand Seiko commands, they all share a common design characteristic in the use of Grand Seikoâ€™s signature blue colour.

With that said, let us take a closer look at the four limited editions made by Grand Seiko.

The 60th-anniversary celebration starts with two automatic watches that are unmistakably and quintessentially Grand Seiko. This men’s watch pays homage to the famous 44GS from 1967 whose design was the first expression of the unique Japanese Grand Seiko Style that has since become the brand’s visual signature. Within the piece, you will find the high beat Caliber 9S85 which delivers an accuracy of +5 to -3 seconds a day and boasts a 55-hour power reserve.

One thing to note is the use of colour in the watches. On them, the Grand Seiko symbol is in gold and the seconds hand is in a vivid red, colors that, together, symbolize a sunrise and all the new energy that a new dawn brings.

Grand Seiko’s women’s collection has a new addition in the form of a newÂ automatic watch that is powered by Caliber 9S27, an automatic movement that delivers a perfect balance of precision (+8 to -3 seconds a day), power reserve (50 hours) and slimness.

Quite the visual stunner, it has a mother of pearl dial in, of course, Grand Seiko blue and has diamonds as hour markers. As this is Grand Seiko’s diamond anniversary, it is fitting that this watch is fitted with 45 diamonds on its bezel.

Apart from the two above, the 60th anniversary is also celebrated with a new quartz movement. This comes in the form of Caliber 9F85 which has a time difference adjustment function that allows the hour hand to be adjusted without stopping the seconds hand and thus preserving its high precision when the wearer changes time zones.
As a matter of fact, this new caliber makes its debut in two 60th anniversary designs. The first has a version of Caliber 9F85 that is specially adjusted to a level of accuracy of Â±5 seconds a year. This high precision is marked by the five-pointed star at the six oâ€™clock position. The dial, too, has a unique marking with a 2020 pattern, reminding the wearer of this special year. The case design is modern in its execution. Its bezel is thin which allows the dial to be wider and therefore more legible.
The case side has a sharp curve so that more light reflects off it and adds to the â€œsparkle of qualityâ€ that is an essential part of the Grand Seiko Style. The seconds hand of this timepiece is also in a vivid red. It will be available in March 2020 as a limited edition of 2,500.

The second watch to have the new quartz caliber joins the Sport Collection. In addition to the Grand Seiko blue dial, it features a ceramic bezel of the same colour that is almost impervious to scratches. The markers, as well as the hour and minute hands, are coated with LumiBrite so as to increase the legibility of the time even in low light conditions. It has 20 bar water resistance, magnetic resistance of 16,000 A/m and a screw-down crown for enhanced security. It will be available in April 2020 as a limited edition of 2,000.