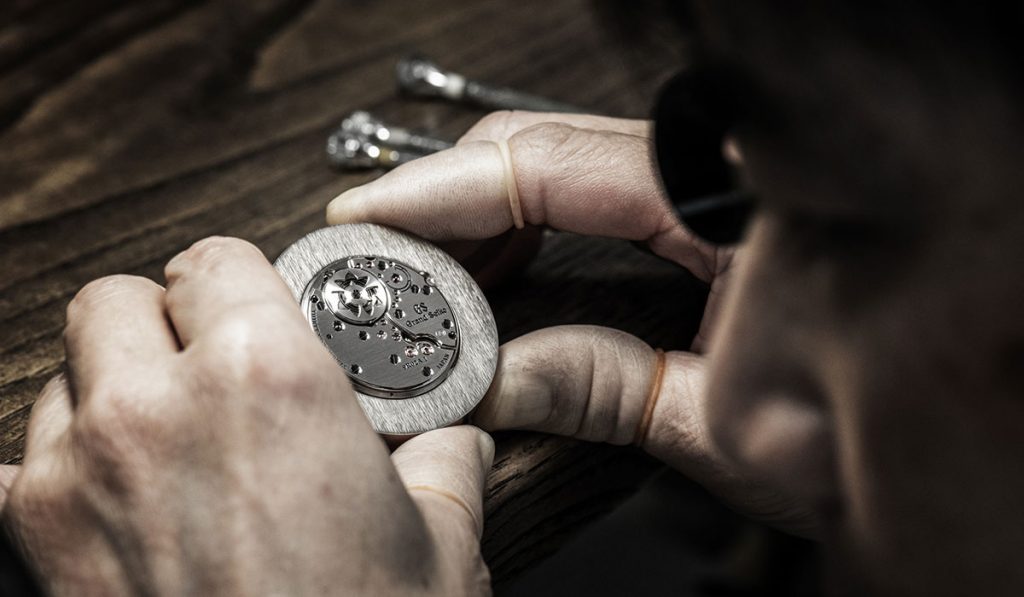 The Peak had the opportunity to visit Japan to learn more about Grand Seiko and what goes behind the creation of a masterfully assembled timepiece.
Monday, January 20, 2020 By Mindy Teh

The reputation for attention-to-detail, meticulous precision and time-honoured traditions precedes the Japanese and a select group of journalists from international media had the rare opportunity to witness this play out in real time for one of Japanâ€™s revered watch brands. Seikoâ€™s popularity and democratic approach to watchmaking belies its long heritage as a 130-year old company as well as its dedication to watchmaking excellence that sees a higher range of expressions including the Grand Seiko and Credor.

The trip successfully fused Japanese traditions with Seikoâ€™s own commitments to watchmaking excellence. The attention and precision given to the traditional Japanese tea ceremony or art of tying a yukata or kimono, is the very same incorporated in the making of a Grand Seiko, Credor, Presage or Prospex timepiece.

In fact, watch collecting circles have long held Seikoâ€™s prestige lines in good stead, with Grand Seiko and Credor (which celebrated its 45th anniversary and made its Malaysian debut last year) being open secrets among aficionados. The former has gained cult-like status through word-of-mouth, with its fans even naming its novelties for the brand (the beloved Snowflake dial, for example, was a loving moniker accorded by fans referring to its distinct dial).

Letâ€™s not forget that Seiko pioneered world firsts. These would include the first quartz watch, the Seiko Quartz Astron in 1969 heralding the accessibility of time to the world, the six-digit LCD cal. 0614 quartz watch in 1973, the multi-function digital watch cal. 0634, the first titanium encased diverâ€™s watch in 1975, the worldâ€™s first TV watch in 1982, the first ceramic outer-cased Diverâ€™s 1000m timepiece in 1986 and more. Seikoâ€™s recent achievements have been the worldâ€™s first GPS solar watch in 2012 and the invention of the Spring Drive in 1999 that replaces the traditional escapement with a new regulator delivering ultra-smooth glide motion with one second a day precision. Seiko was also one of the first watchmakers to introduce hi-beat movements running at 36,000 vibrations per hour frequency. These historic timepieces and technologies were in full display at the Seiko Museum in Tokyo, a showcase of wonders that proved a culmination of what we witnessed in the course of the immersion.

Seiko was also keen on showcasing its watchmaking process which was in full display on our visit to Morioka Seiko Instrument, a subsidiary of Seiko Instruments Inc. The manufactureâ€™s dedication to Grand Seiko and its 9S movements had its watchmakers working studiously from custom-made desks made from Paulownia wood inside its Shizukuishi Watch studio, an instantly photo-friendly and elegant sight to behold. The studio is one of only a handful of true manufactures in the world, integrating every aspect of the watchmaking process from parts manufacturing to assembly, adjustment, and testing.

We were lucky to watch Tsutomi Ito, Grand Seikoâ€™s Assembly and Adjustment technical expert at work in the studio. Ito is hard to pick out from the group despite being one of the brandâ€™s superstars, sitting modestly at the same desk as his colleagues without trumpeting his achievements as a recipient of numerous watchmaking awards including the rare title of IW Meister from the in-house Iwate Watchmakerâ€™s Skills Assessment.

The master watchmakerâ€™s current role as head of assembly and adjustment processes in the production of Grand Seiko 9S movements pay close attention to the standards set for Grand Seiko that are even more exacting than regular chronometer standards. The likes of Ito must be able to not only possess the preternatural talent for balance and control for finer adjustments that can match or exceed that of high-tech machinery but also discern diï¬€erences down to 0.001mm!

Other Seiko models including some of Seikoâ€™s Prospex sports models (particularly those with the acclaimed cal. 8L35) and Credor (including its celebrated wafer-thin cal. 68 series) are also assembled and cased at the Marioka manufacture. The highest level of watchmaking at the manufacture means only the best talents are on hand to assemble these timepieces with recognition coming in the form of in-house certification in gold, silver and bronze, achievement markers that the watchmakers take great pride in.

The commitment to excellence continued at our visit to the equally fully integrated Seiko Epson manufacture in Shiojiri Plant where Grand Seikoâ€™s exclusive quartz (9F) and Spring Drive (9R) movements are made. The Seiko Epson manufacture houses the Takumi, Micro Artist, case studios and dial workshop. Grand Seikoâ€™s quartz and most of the Spring Drive movements are assembled at the Takumi Studio. Meanwhile, the Micro Artist Studio takes on the high-level movements of Grand Seiko and Credor found in the 8-day power reserve, sonnerie, minute repeater and Eichi II models, and including this yearâ€™s new cal. 9R02. A walk around the case and dial-making studios gave insight into its detailed manufacturing including the cutting and polishing of dials by hand and finished with the Zaratsu polishing method, a highly polished mirrored eï¬€ect that clearly defines and highlights case lines, found on Grand Seiko watches.

Itâ€™s easy to lose oneself in the pursuit of excellence and Seikoâ€™s manufactures counters this via regulated tea breaks and exercise times which our guide at the Seiko Epson manufacture insists are necessary. The pride that each Seiko watchmaker takes in his or her specialised task is immeasurable and the blue jacket seen on staï¬€ at the Seiko Epson manufacture is worn with great honour. The level of devotion is laudable.

The goal for Seiko, however, has been consistent from the day Kintaro Hattori opened his modest Tokyo shop selling and repairing timepieces before creating Japanâ€™s very first wristwatch in 1913. As President, COO and CMO of Seiko Watch Corporation Shuji Takahashi (pic below), aptly puts it during a one-on-one interview, â€œItâ€™s still all about ultimate watchmaking. Thatâ€™s what Seiko is all about. Itâ€™s the value we create.â€