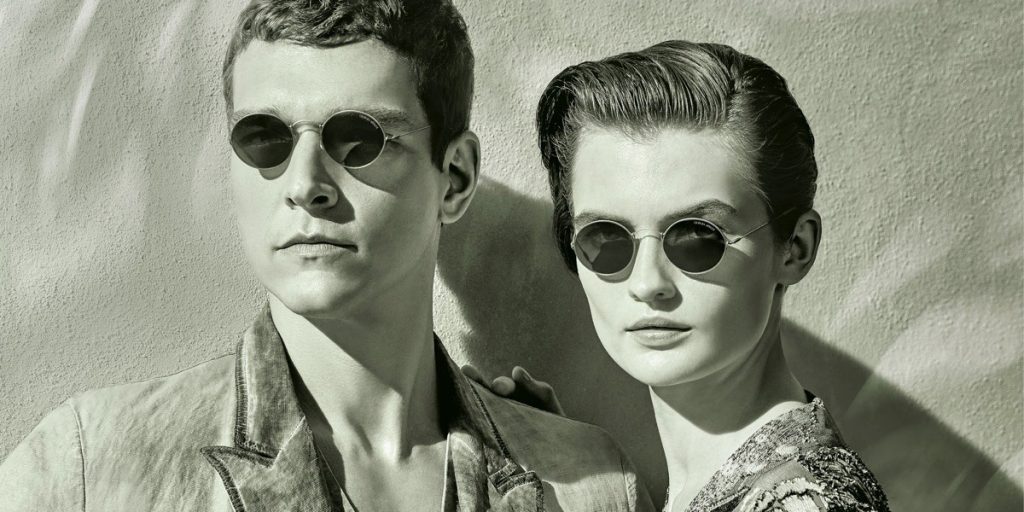 In the 1930s and 1940s fashion saw a profound influence from films and specifically Hollywood. Men’s and women’s styles were based on fashion seen on screen with stars like Clark Gable and Jean Harlow as its biggest influencers. A return to a degree of conservatism after the Roaring Twenties also marked fashion during this period.

This season Giorgio Armani revisits the iconic, clear cut styles of the 1930s and 1940s and the imagery of films of that era, with a finely crafted titanium frame, outlining an almost ethereal oval around the eyes. The design of the frames is the contemporary evolution of the first style created and worn by the designer himself, which has come to represent the brand’s values.

Inspired by the oval-shaped, barely-there frames of that era, the aptly-named Icon is now offered in titanium with a matte finish, in gunmetal with blue lenses, in gold with brown lenses, and, in the prescription version, with clear lenses, the last of which is the style Mr. Armani himself wears to this day.

“I prefer (glasses) to be lightweight and essential in design not to be invasive. Only in this way do they become one with the wearer, a light filter that captures the smallest of nuances, the frame through which we observe the world,” the Italian fashion designer was once quoted saying.

Taking cues from the brand’s famed Aldo Fallai-lensed portraits taken originally back in 1991, the relaunch campaign was shot by Giulio Rustichelli in such a way that even the most devoted fan of Giorgio Armani might be hard-pressed to tell the new black-and-white images apart from the originals!

Quite the time warp this is, wouldn’t you say…?