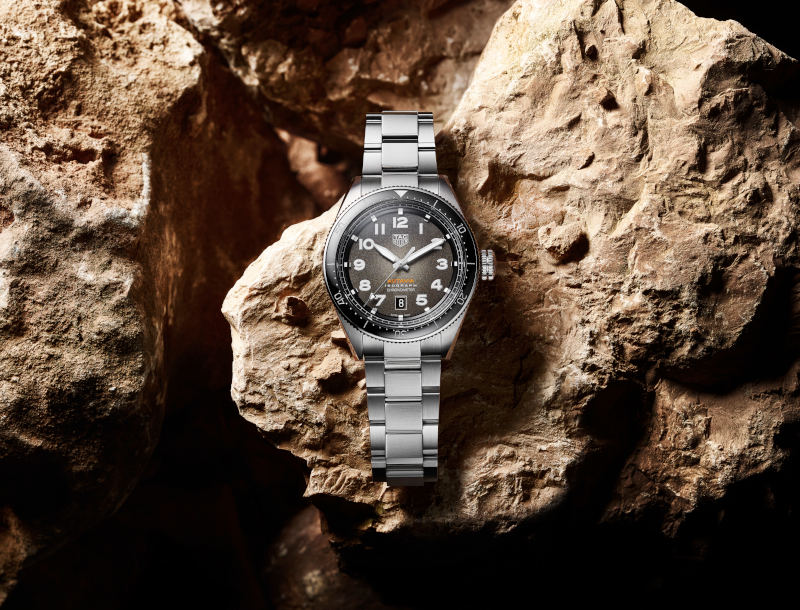 Despite the abscence of some of horology’s biggest names, Baselworld 2019 still gathered a total of 520 brands under its roof and attracted more than 80,000 visitors.

With that being said here are some of the highlights from this year’s show for your eyes to feast upon.

Bell & Ross became the official watch partner of the Renault Sport F1 Team in 2016 and, every year since, the brand has released a series of highly sought-after limited edition chronographs. This year is no exception, with the watchmaker issuing four new references, all featuring the signature black and yellow colours of the Renault team.

Our pick of the quartet is the BR-X1 Tourbillon Chronograph , a miniature turbocharged F1 engine for the wrist. The flying tourbillion, whirring away at 6 oâ€™clock, is mesmerising against the black skeleton dial forged of carbon fibre, one of F1â€™s more essential high-tech material. The stripped back dial also features a 30-minute counter at 11 oâ€™clock and a 60-second counter at 1 oâ€™clock, highlighted in yellow and green, respectively. Legibility is also enhanced with Super-LumiNova filled indices and metal skeleton hour and minute hands.

The 45mm square case is satin-polished titanium and matt ceramic with rubber inserts, while a new lap-by-lap â€˜time markerâ€™ surrounds the bezel, allowing for the instant comparison of hot laps. Powered by the calibre BR-CAL.283, the BR-X1 Tourbillon Chronograph
comes with a four-day power reserve, which you can keep track of with the indicator set at 9 oâ€™clock, and is limited to 20 pieces.

A celebration of the watchmakerâ€™s partnership with the renowned British motorcycle manufacturer, the Premier B01 Chronograph 42 Norton Edition is reflective of the two brandsâ€™ innovative and adventurous streaks. The distinctive Norton logo is engraved on the left size of the 42mm stainless-steel case and printed on the transparent caseback along with a Norton motorcycle.

While it is also available in a stainless-steel bracelet, the raw-leather strap is ruggedly appealing and an intriguing contrast to the elegant black dial and the golden numerals and the Super-LumiNova coated hour and minute hands. The silver subdials at 3 oâ€™clock and 9 oâ€™clock â€“ for the chronograph minute counter and small seconds, respectively â€“ is balanced out by the black tachymeter scale on a white inner bezel around the dial. At the heart of the COSC-certified chronometer is the Breitling Manufacture Caliber 01, delivering an impressive 70 hours of power reserve.

As a companion piece to the Premier B01 Chronograph 42 Norton Edition , Breitling suggests you saddle up on the Norton Commando 981 CafÃ© Racer MKII Breitling Limited Edition , an old style cafÃ© racer with state-of-the-art components and engineering, including the Breitling-designed speedometer and tachometer dials.

The new caliber BVL 318, visible through the caseback, is just 3.3mm-thick, with a horizontal clutch (instead of a vertical one) and peripheral rotor to reduce thickness. With a power reserve of 55 hours, the movement not only powers the chronograph functions â€“ the minutes counter at 6 oâ€™clock and the small seconds at 9 oâ€™clock â€“ but also offers a GMT function that allows you to set the local time with the button on the left. The local time is indicated on the subdial at 3 oâ€™clock, graduated on 24 hours to indicate day or night.

The 42mm case is sandblasted titanium to match the titanium dial and bracelet, giving the watch a sleek, monochromatic look, while markings on the dial are kept to the essentials to reduce the clutter for legibility and ease of use. Weighing a mere 84g, this is another impressive achievement by Bulgari.

Chopardâ€™s annual peony-inspired timepiece has always been a feast for the senses and eyes and this yearâ€™s L.U.C XP Esprit de Fleurier Peony clearly takes the maisonâ€™s artisanal savoir faire to new heights as it captures the flowerâ€™s fleeting beauty. The 35mm timepiece features a purple dial, against which are eight peonies in pink monochrome shades, ranging from the palest to the darkest that verge on purple, to reveal their fragile beauty. The flowersâ€™ details are highlighted by skilfully hand-cut white mother-of-pearl appliquÃ©s and further contrasted by green leaves and a hovering 18K rose gold butterfly.

Chopardâ€™s exceptional mains dâ€™art (artistic hands) extends to the interior as well, where the L.U.C Caliber 96.23-L is decorated with delicately hand-engraved peonies in bas-relief using a decorative technique known as Fleuirsanne, an art form revitalised and perfected by the masonâ€™s artisans. The mechanical self-winding movement, rodium-plated after the engraving is finished, is equipped with the patented Twin technology, where two stacked coaxial barrels deliver a 65-hour power reserve.

An 18K rose gold crown and diamonds set around the bezel and case middle of the 7.7mm thick 18K rose gold case are just the final touches to this miniature piece of art, limited to just eight pieces.

Itâ€™s been 20 years since Grand Seiko unveiled its Spring Drive movement, one of the most important developments in the recent history of luxury watchmaking. A unique watch technology, the Spring Drive generates energy like any other mechanical watch but combines this with an electronic regulator to deliver a level of precision that no mechanical watch can match. To celebrate, Grand Seiko released a new series in its Elegance Collection that feature the two enhanced versions of the movement.

While the four new timepieces present even more refined and slim profiles than their dress watch predecessors in the collection, it is the reference SBGZ001 , which is limited to just 30 pieces, that catches the eye. The silver-finished dial features the celebrated â€˜Snowflakeâ€™ pattern, which is inspired by the beauty of the snow in the Shinshu region in central Japan. Housed in a 38.5mm platinum case that is just 9.8mm in depth, the pure white snow-patterned dial is perfectly complemented by the 14K white gold hour and minute hands and hour markers. The Grand Seiko name, minute markers and all other markings are etched into the dial.

Inside is new Spring Drive Caliber 9R02, developed by Micro Artist Studio, which calls the Shinshu region â€“ hence the â€˜Snowflakeâ€™ pattern that expresses the beauty of the studioâ€™s natural surroundings. The new movement has two mainsprings set in parallel within a single barrel and uses the unique Torque Return System, which uses excess energy to rewind the mainspring, to deliver a power reserve of 84 hours and an accuracy of +/- one second a day.